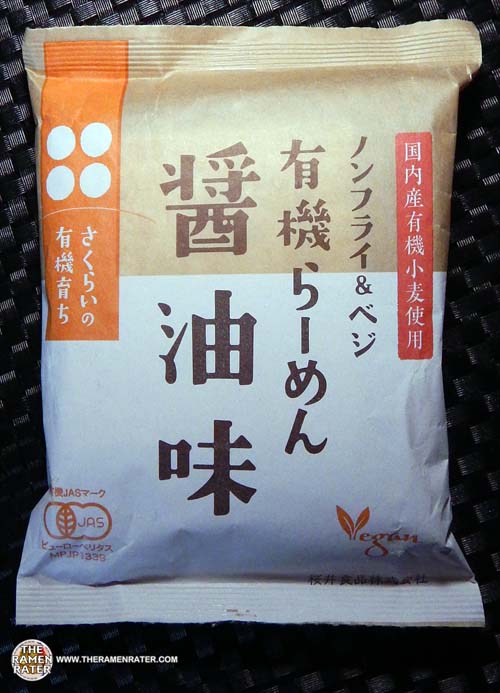 First off, you’re probably wondering why it says NCC before the post number. Well, I’m a Star Trek fan and NCC-1701 was the number on the starship Enterprise.

So this is a Japanese variety by Sakurai Foods – a new one. It’s made with all organic ingredients. Shoyu is also known as Soy Sauce flavor ramen. Here’s a little about Shoyu from Wikipedia:

Shōyu (“soy sauce”) ramen typically has a clear brown broth, based on a chicken and vegetable (or sometimes fish or beef) stock with plenty of soy sauce added resulting in a soup that is tangy, salty, and savory yet still fairly light on the palate. Shōyu ramen usually has curly noodles rather than straight ones, but this is not always the case. It is often adorned with marinated bamboo shoots or menma, green onions, kamaboko (fish cakes),nori (seaweed), boiled eggs, bean sprouts and/or black pepper; occasionally the soup will also contain chili oil or Chinese spices, and some shops serve sliced beef instead of the usual chāshū.

Sounds good – let’s have a look! 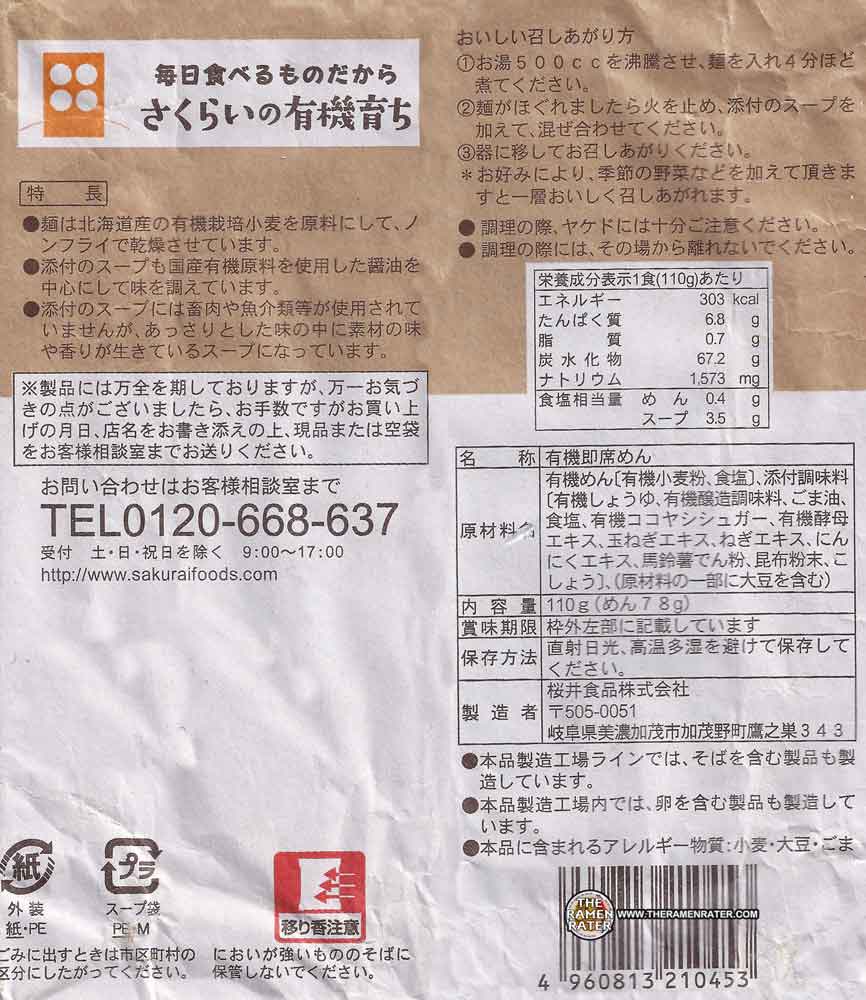 Here’s the back of the package (click image to enlarge). Looks to be meat free but check for yourself. To prepare, add noodle block to 500ml boiling water and cook for 4 minutes. Add in liquid sachet contents and stir. Enjoy! 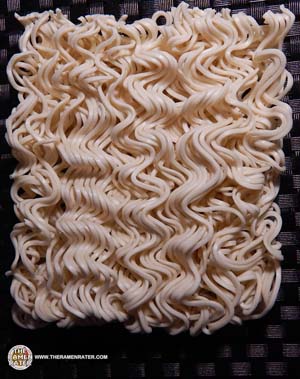 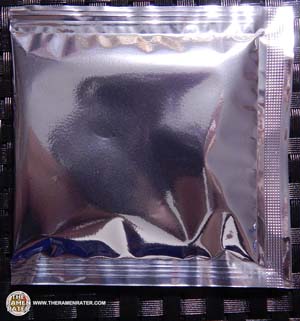 A liquid soup base sachet. 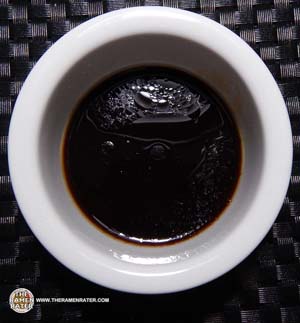 Has a nice soy sauce scent. 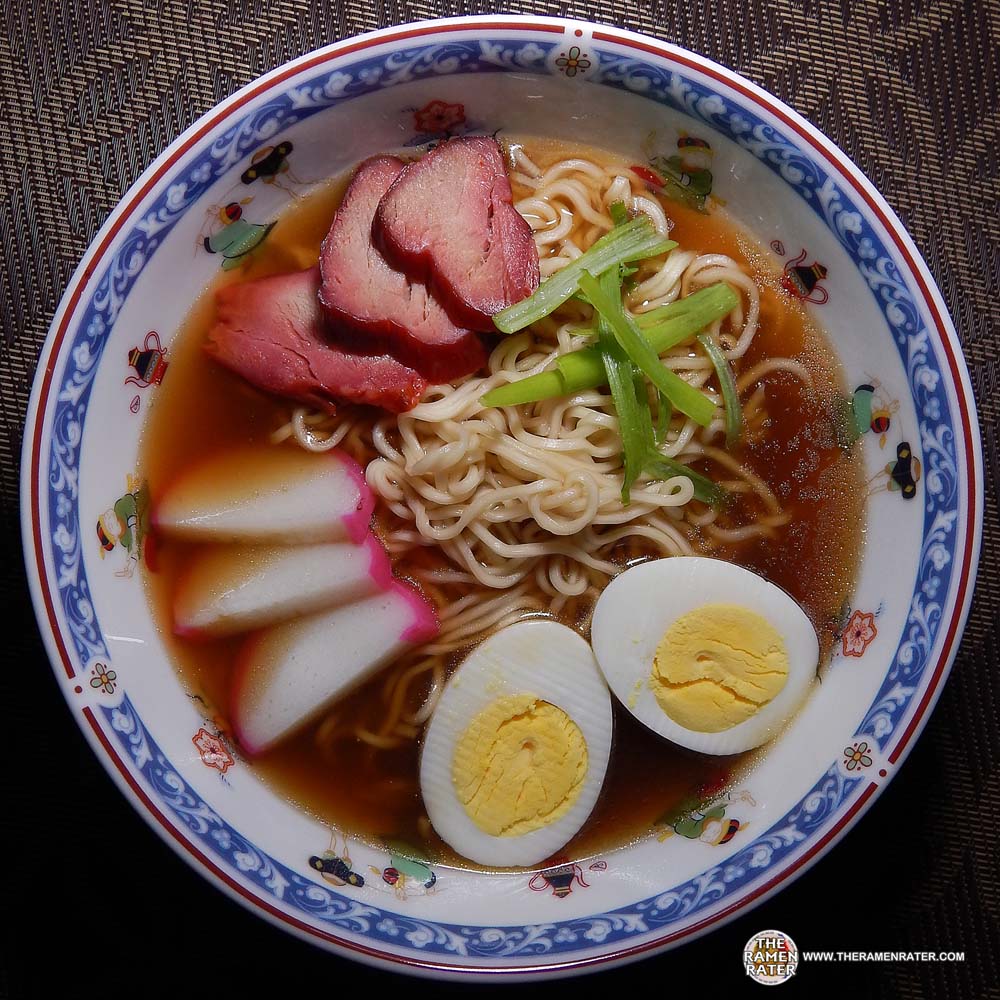 Finished (click image to enlarge). Added green onion, hard boiled egg, chashu and kamaboko. The noodles are very full and very chewy. They have a very premium quality to them for an instant. The broth has a nice brewed soy sauce taste to it. It has a good amount of oiliness which I enjoyed and a taste that’s not too strong, not too light. 4.25 out of 5.0 stars. EAN bar code 4960813210453.

I found this clip and kind of think Star Trek: The Next Generation seems a little better in Japanese!