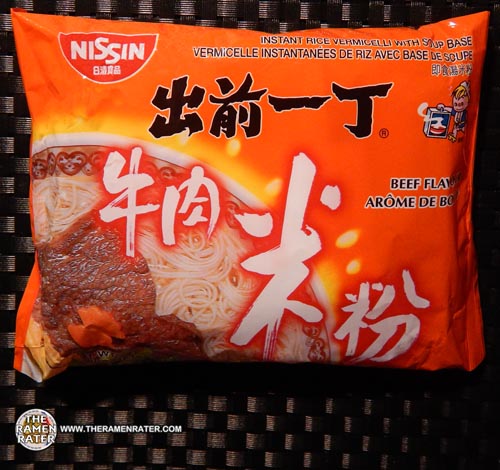 After going through the big noodle hamper the other day and getting rid of some ancient ones that had expired, I noticed this one that I needed to get to quickly. There’s a urban myth that instant noodles last forever, will survive all forms of apocalypse and deliver great flavor for the next hundred years. While frying noodles extrudes moisture and makes them shelf stable without refrigeration for a much longer time than their fresh counterparts, they do go bad. I also take into account that as a reviewer, it’s only fair to review them if they’re all not expired, hence the culling of the old. Luckily, I have scads of non expired instants to go through! Anyways, let’s check out this rice vermicelli from Nissin – Demae Beef Flavour! 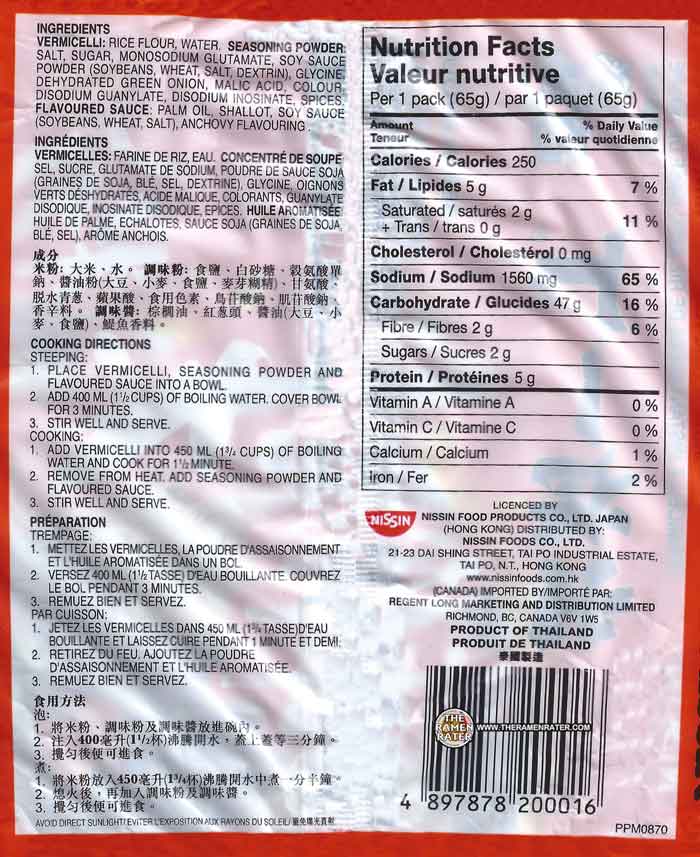 Here’s the back of the package (click image to enlarge). Looks to be meat free but check for yourself. To prepare, Add noodles to 450ml boiling water and cook for 1 1/2 minutes. Add in contents of sachets and stir. Enjoy! 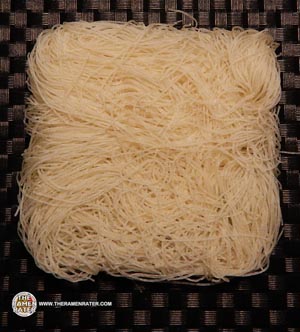 The block of vermicelli. 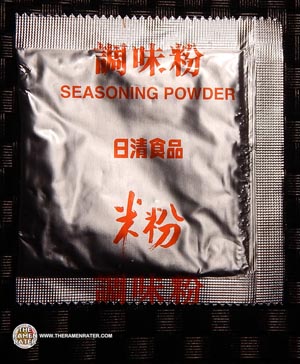 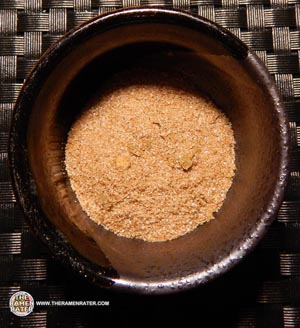 Has a braised beef kind of scent. 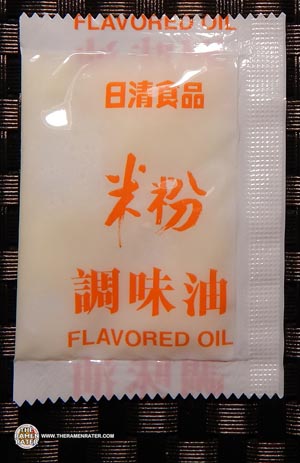 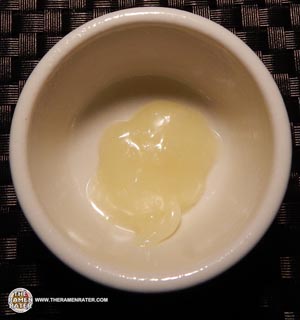 Has an almost artificial chicken scent. 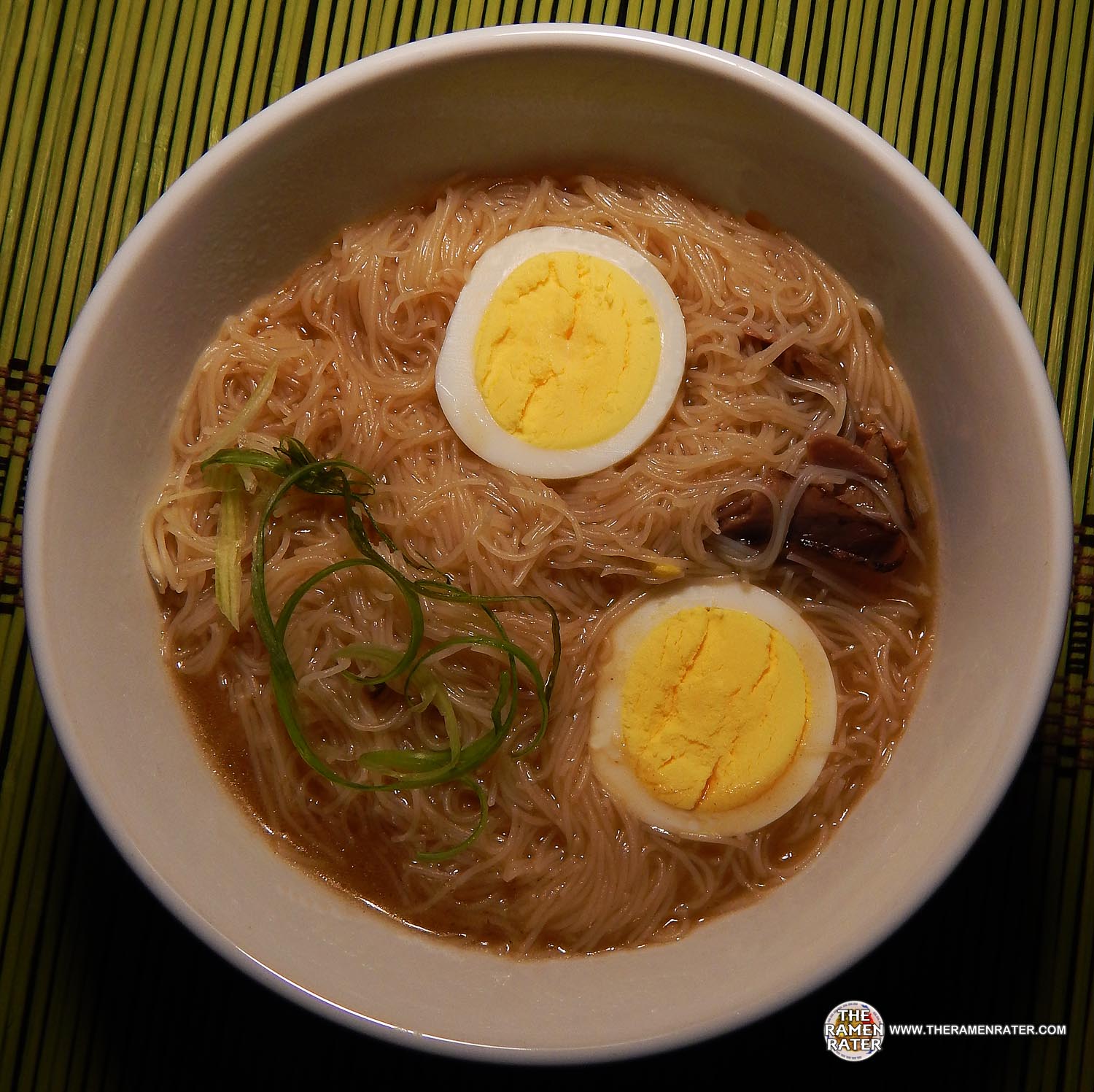 Finished (click image to enlarge). Added hard boiled egg, roast beef and sliced spring onion. The noodles came out just right – not underdone and not mushy. One thing to note as with most rice vermicelli or bean thread is that it’s really handy to use a pair of kitchen scissors to go in and cut a couple times through the mass of noodles. This makes it easier to eart with a fork – I do this to pretty much all the rice vermicelli / bean thread I eat. The broth is really good – nice beef flavor and a good star anise hit. It kind of has an almost beef pho quality to it. 3.5 out of 5.0 stars. EAN bar code 4897878200016.

Nissin Demae Ramen Variety Pack (Tonkotsu Series) – A lot of sellers on Amazon are now making these combo packs available so you can try multiple Nissin Demae Ramen varieties. These are all wheat flour noodles with different tonkotsu flavors from Hong Kong!