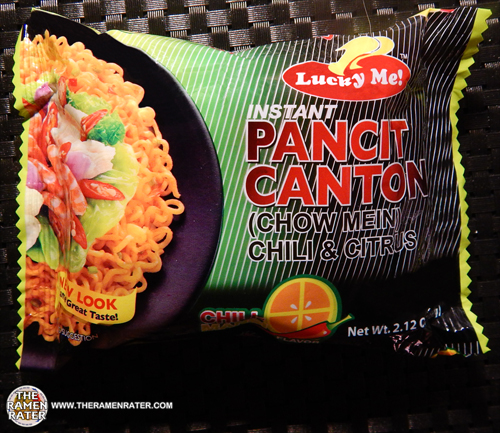 Pancit or pansit is the term for noodles in Filipino cuisine. Noodles were introduced into the Philippines by the Chinese and have since been adopted into local cuisine. The term pancit is derived from the Hokkien pian i sit (Chinese: 便ê食; Pe̍h-ōe-jī: piān-ê-si̍t or Chinese: 便食; pinyin: biàn shí) which literally means “convenient food.”[1] Different kinds of noodles can be found in Filipino supermarkets which can then be cooked at home. Noodle dishes are also standard fare in local restaurants. Food establishments specializing in noodles are often referred to as panciterias.

Pancit Canton is chow mein instead of just noodles. As for the mention of birthday noodles – yeah – the Chinese thought is that if you eat uncut noodles on your birthday, it symbolizes a long life and is a lucky thing to do. Perhaps the name Lucky Me! has some roots in this idea? Let’s check out Lucky Me! Pancit Canton – Chili and Citrus! 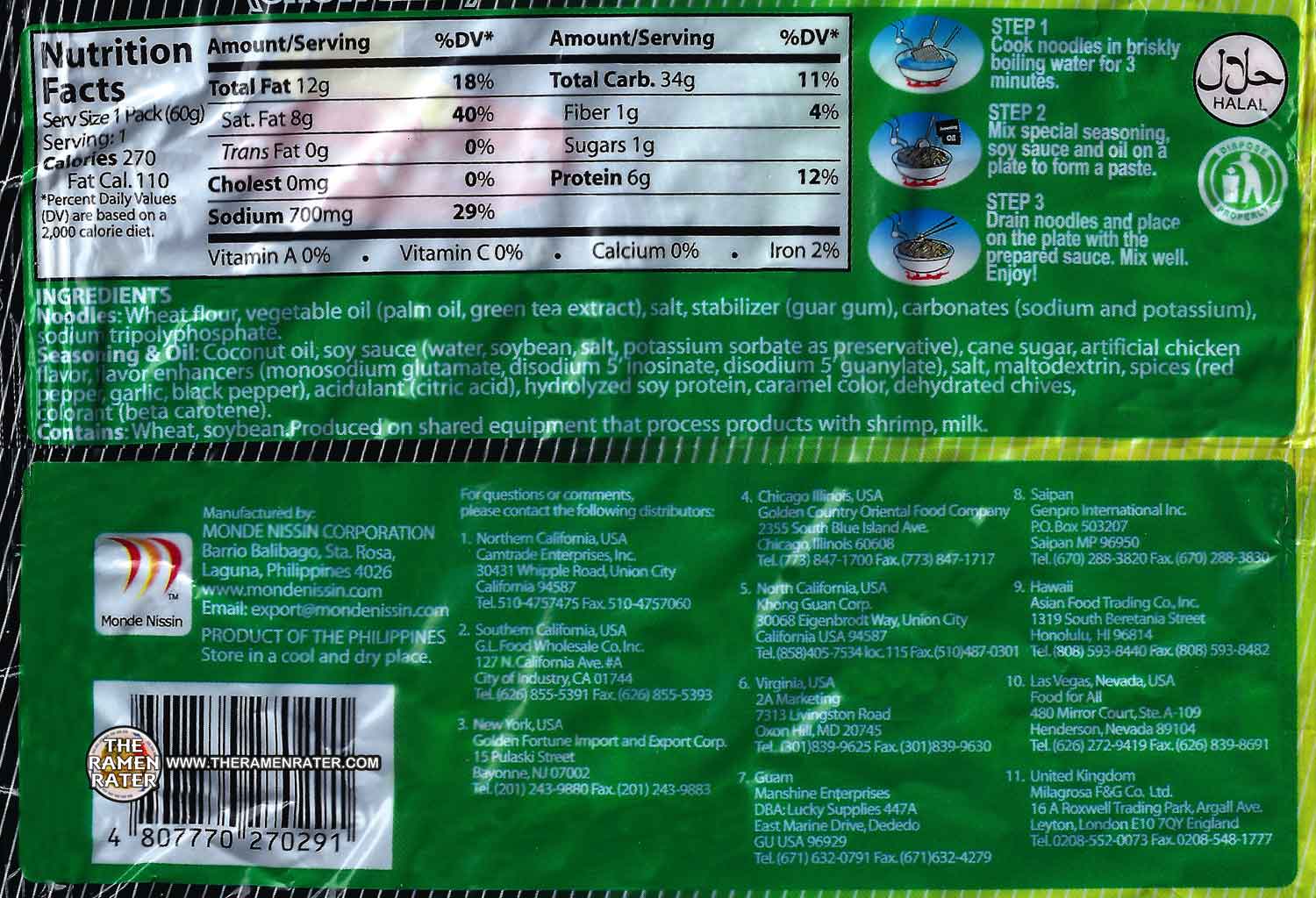 Here’s the back of the package (click image to enlarge). Looks to be meat-free but check for yourself. To prepare, add noodle block to 400ml boiling water and cook for 3 minutes. While cooking, add sachet contents to a plate and combine to create a paste. Drain noodles and add to plate. Stir, combining thoroughly. Enjoy! 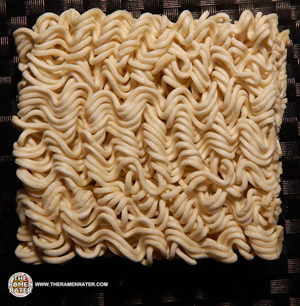 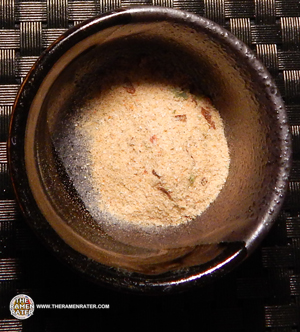 A dry mix with flecks in it. 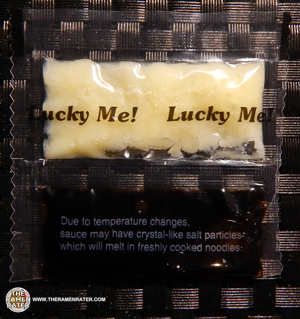 A dual sachet of seasoned oil and a thin dark sauce. 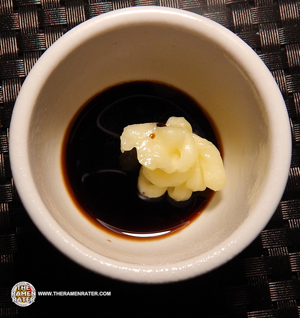 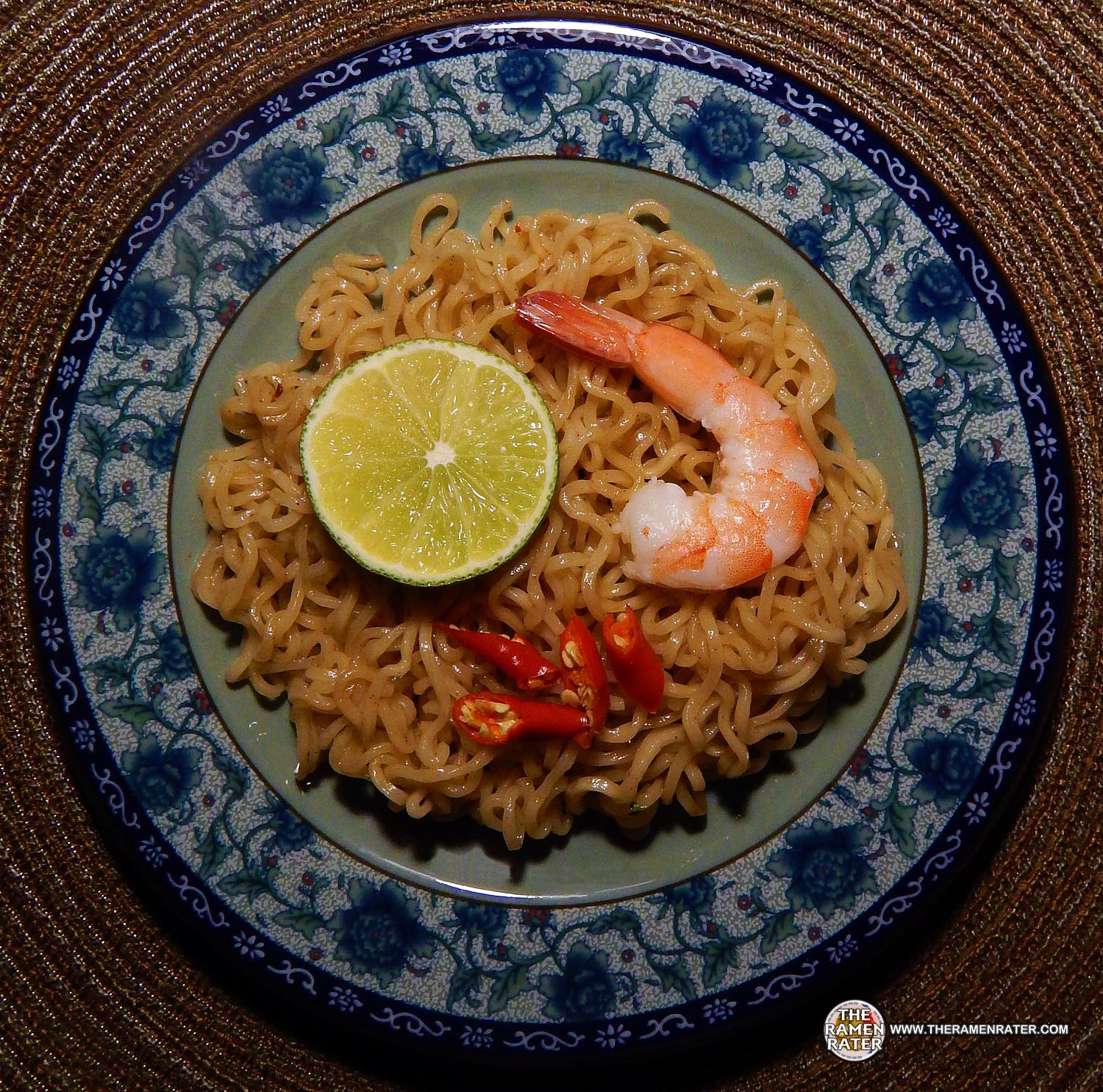 Finished (click image to enlarge). Added prawn, lime and red chilli paddi. The noodles are just perfect – it’s so reminiscent of Indonesian Mi Goreng. They have a good gauge and nice chewiness. The flavor is like a slightly spicy, lime-infused buttery salty kind of melange that just works so well. The only downside? Yeah – I want to eat more! 4.0 out of 5.0 stars.EAN bar code 4807770270291.

If you really like this variety, you can get 72 packs of it here! I know of many people who like to make two at a time!