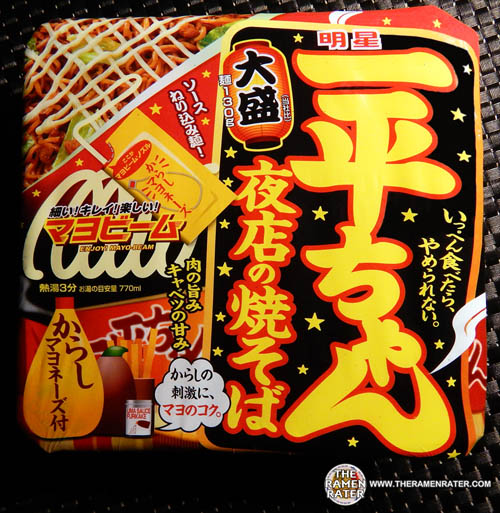 To start off, thanks to Raissa T. and Andre L. for their help on translating! Today feels like a yakisoba day. I really like yakisoba! It’s a pretty versatile dish; you can add anything to it and it’s still good! Well, strawberry jelly probably isn’t the best add-in… Then again, with that mention perhaps someone will try it and make it the new craze? The latest weird add-in craze was adding those little pudding cups or flan into a Cup Noodle. Bizarre… Well, let’s see how this comes out – looks good on the package! Especially with the amazingly cool little recommendation to…

Enjoy Mayo Beam! Japanese mayo is pretty awesome stuff! I used to rave about Best Foods/Hellman’s, but that Kewpie stuff is top-notch. I thought that Japan was the biggest consumer of mayonnaise, but it turns out the Russian love the stuff – they eat more of it than any other country in the world! What’s interesting too is that a component of yakisoba sauce is Worcestershire sauce, which also is a European thing. Trippy. Let’s dig in!

Her’s the distributor/import sticker (click image to enlarge). Not sure if it contains meat as the label is very light, but it probably does. 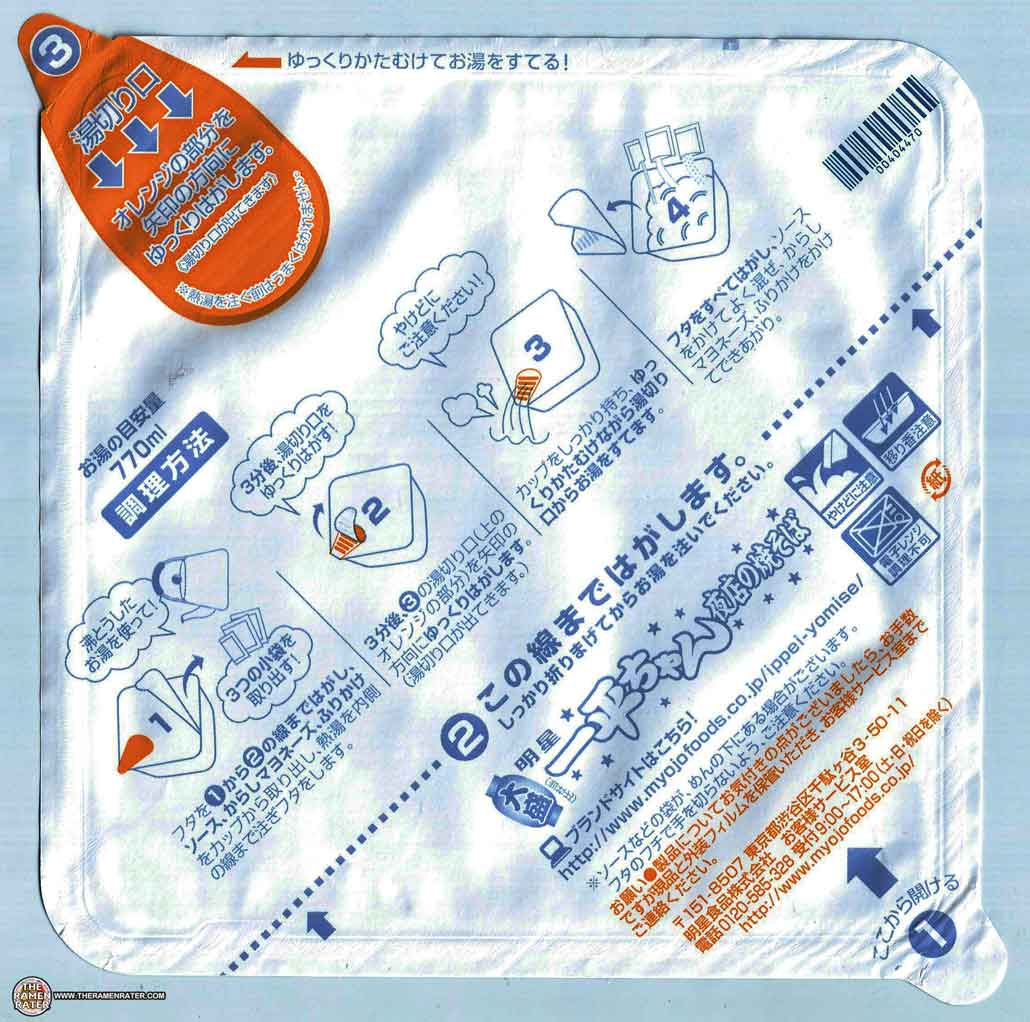 The lid (click image to enlarge). To prepare, remove sachets. Add in boiling water to line and re-cover for 3 minutes. Use the orange spout to drain. Add sachet contents and enjoy! 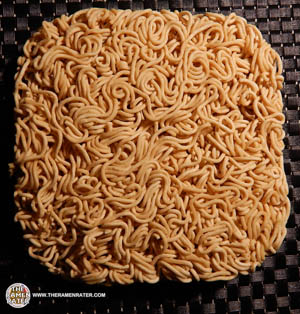 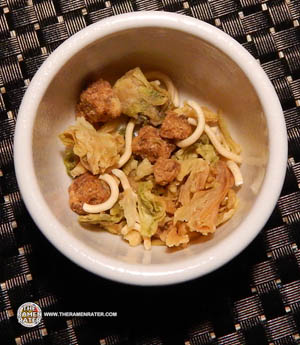 Bits of cabbage and maybe meat from the bottom of the tray. 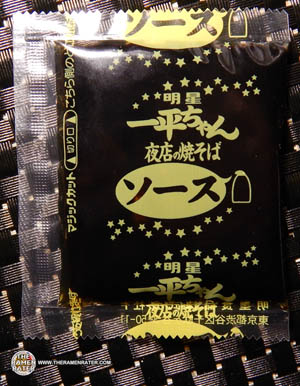 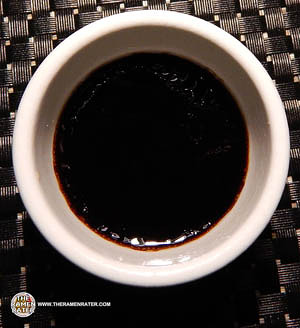 Has a sweet and Worcestershire scent. 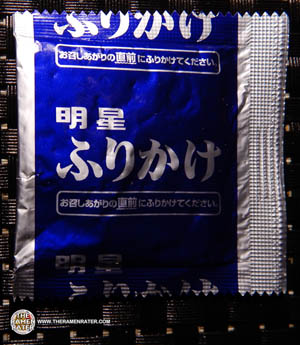 Furikake is mentioned on the front, so I’m guessing that’s what this is. 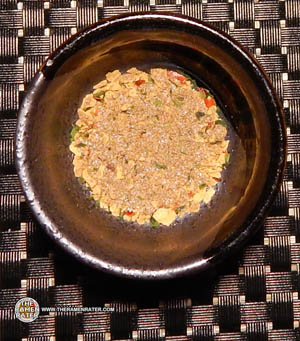 Furikake is a seasoning often added as a condiment for rice with sesame seeds and seaweed and other tasty bits. 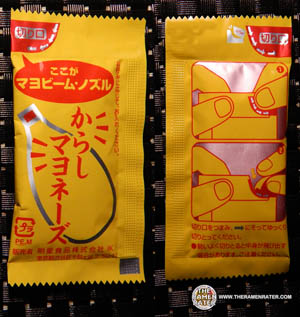 All hail the mayo beam! 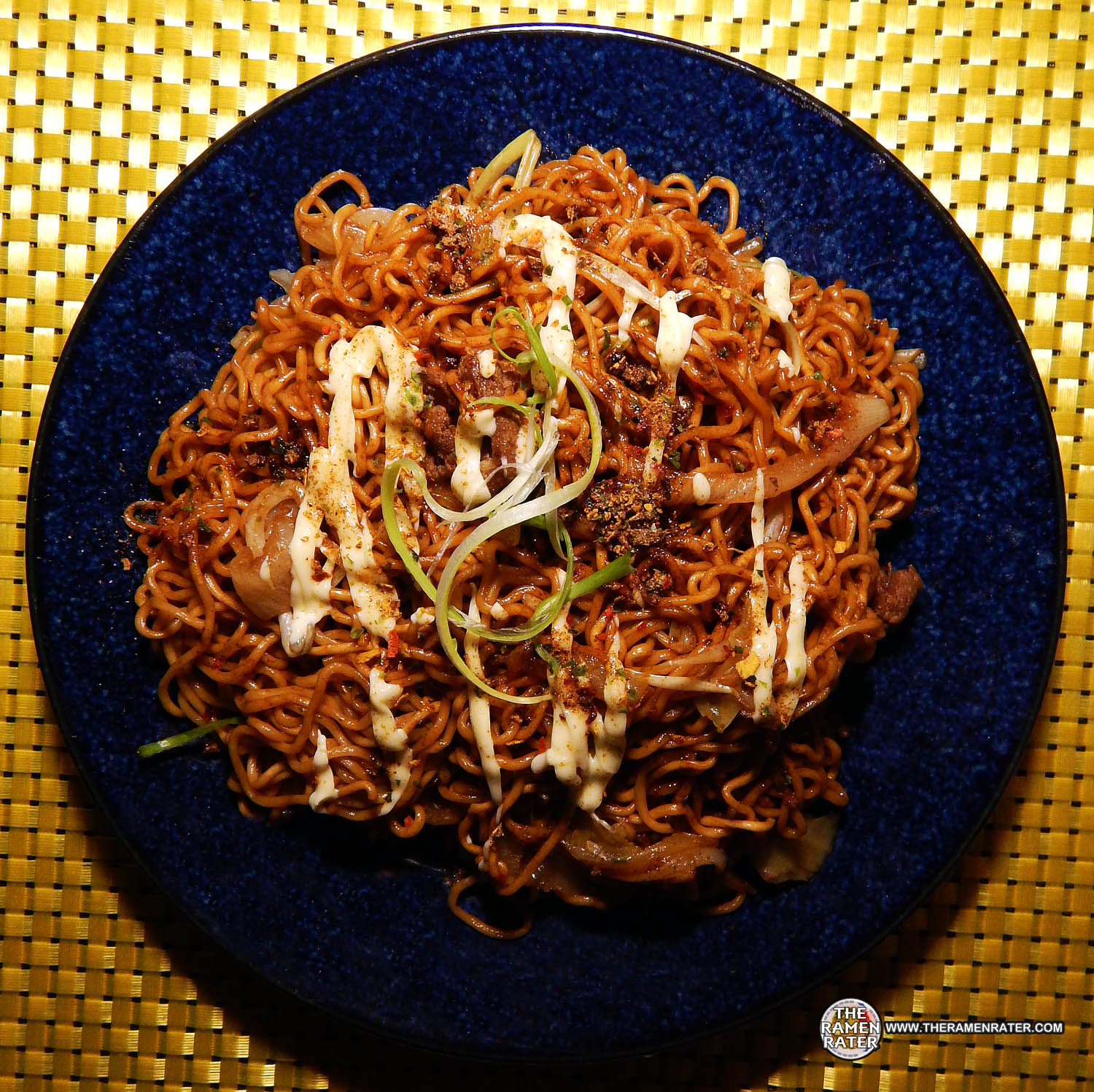 Finished (click image to enlarge). Added green onion, bean sprout, sauteed beef and sweet onion. The noodles were your standard tray yakisoba noodle – but with a huge quantity. I would say this was the most food from a noodle tray I’ve seen yet! Unfortunately, although tasty, it didn’t seem that there was enough yakisoba sauce really; the flavor could have been a little stronger. The furikake was a nice touch though, and the mayo beam gave the meal a ray of light! The cabbage and meaty bits hydrated perfectly. 4.5 out of 5.0 stars. EAN bar code 4902881404532.