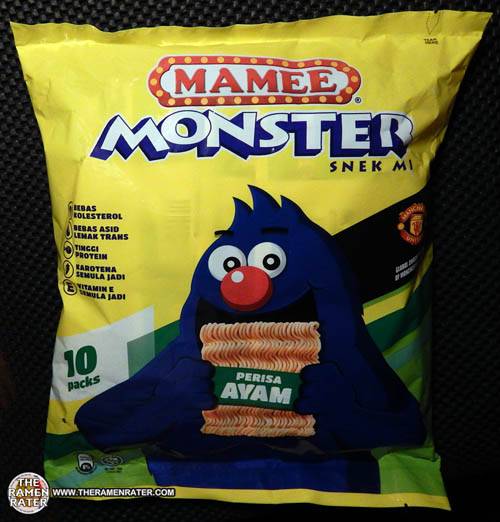 Mamee Monster is Mamee’s line of snack noodles. I’ve been really wanting to try these for a long time. Snack noodles are noodles that are seasoned and crushed and eaten without any cooking; kind of like potato chips or corn chips. I’ve seen these online quite a few times and always though hey – look it’s a blue monster and it’s instant noodles – rad!! So let’s have a look at this popular Malaysian snack. 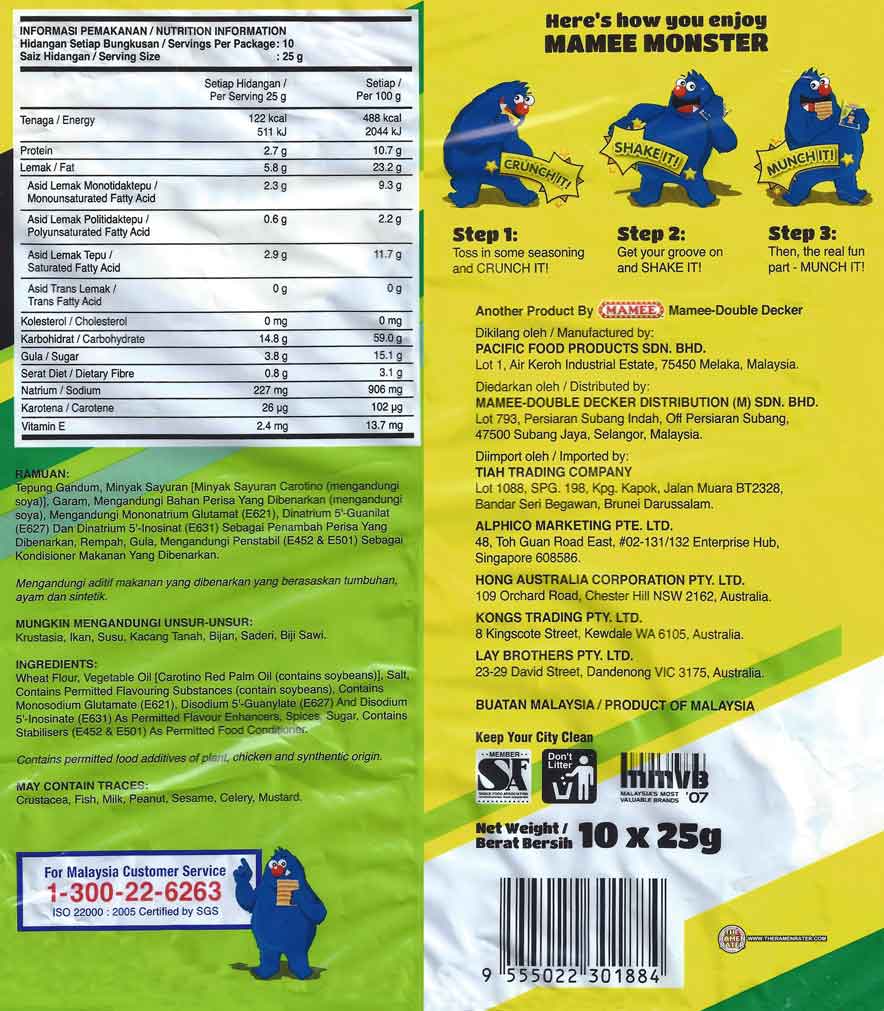 Here’s the back of the package (click image to enlarge). Looks to be meat free but check for yourself. This is a package that contains ten smaller packages. 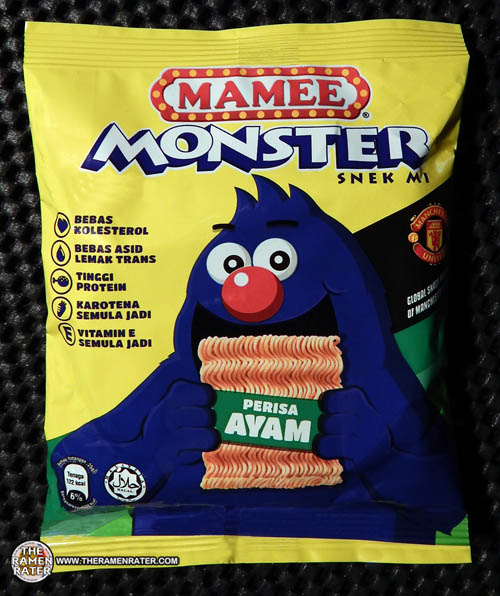 Here’s one of the individual packages (click to enlarge). 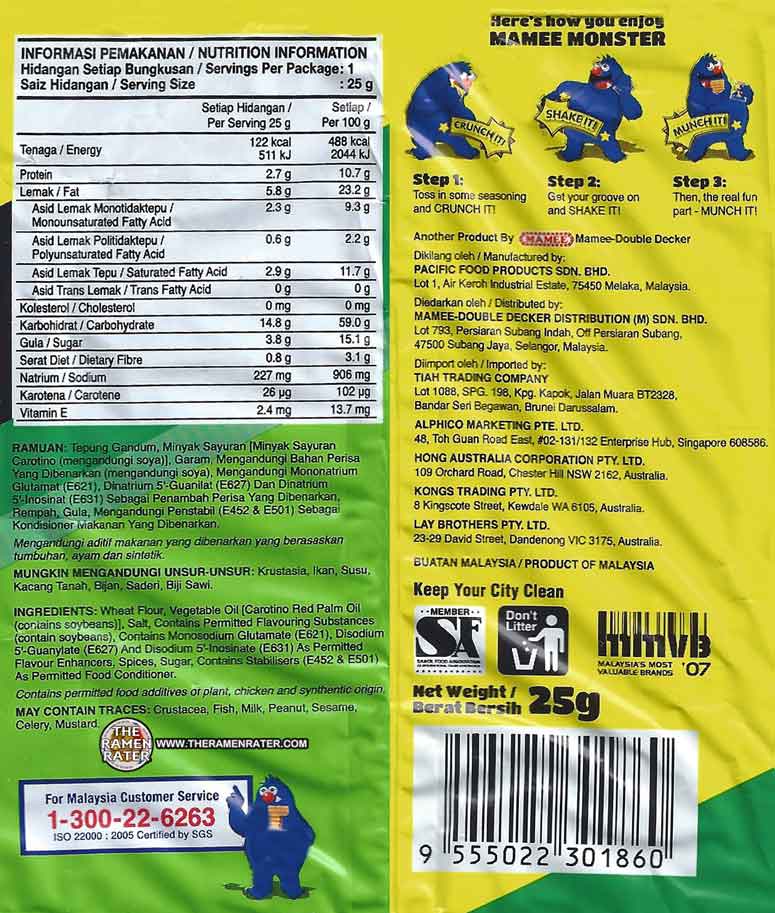 Here’s the back of one of the individual packs (click image to enlarge). To prepare, open pack, sprinkle seasoning, crunch it up and shake. Eat! 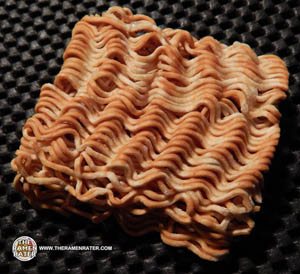 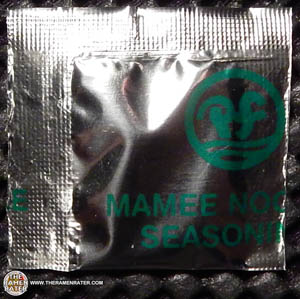 Here’s one of the little seasoning sachets. 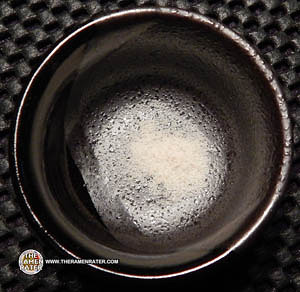 A very small amount of seasoning, but then again it’s a very small noodle block. 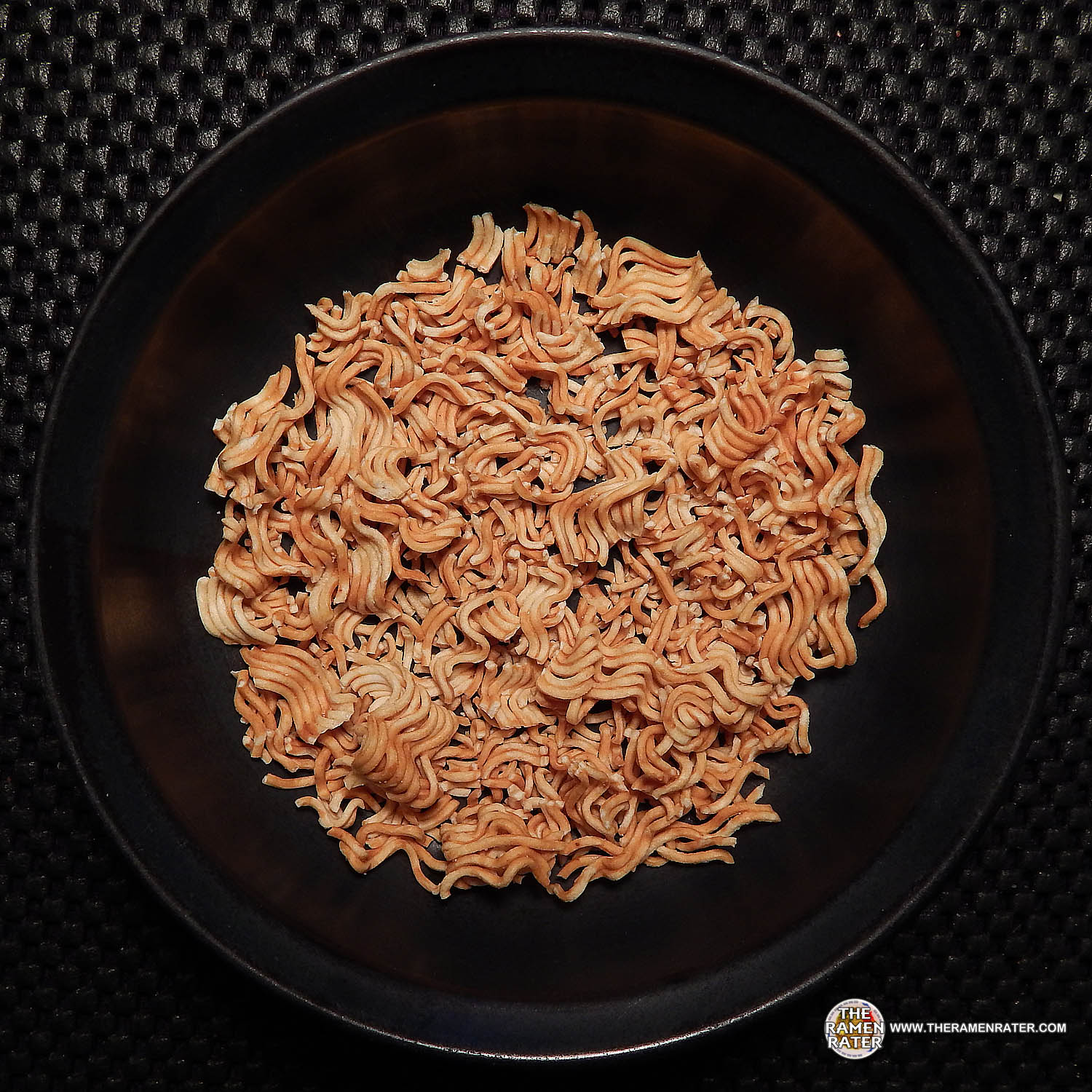 Finished (click image to enlarge). The noodles are nice and crunchy. They have that lightness you would expect from an uncooked instant noodle, but not really oily as some can be. The flavoring is light and has a salty and almost sesame oil kind of flavor to it. Good stuff – 4.0 out of 5.0 stars as far an instant noodle snacks go.