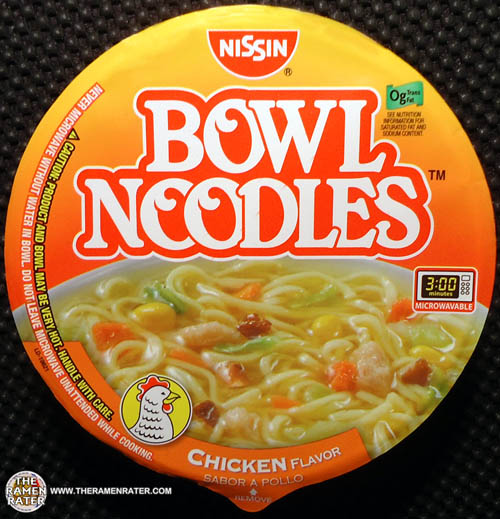 Here’s another one from Scott A. over at Nissin Foods USA – thanks! This is a straight chicken flavor bowl – a new product. My son Andy really likes chicken noodles – I’ll steal a taste of it and let him demolish it! Let’s check it out. 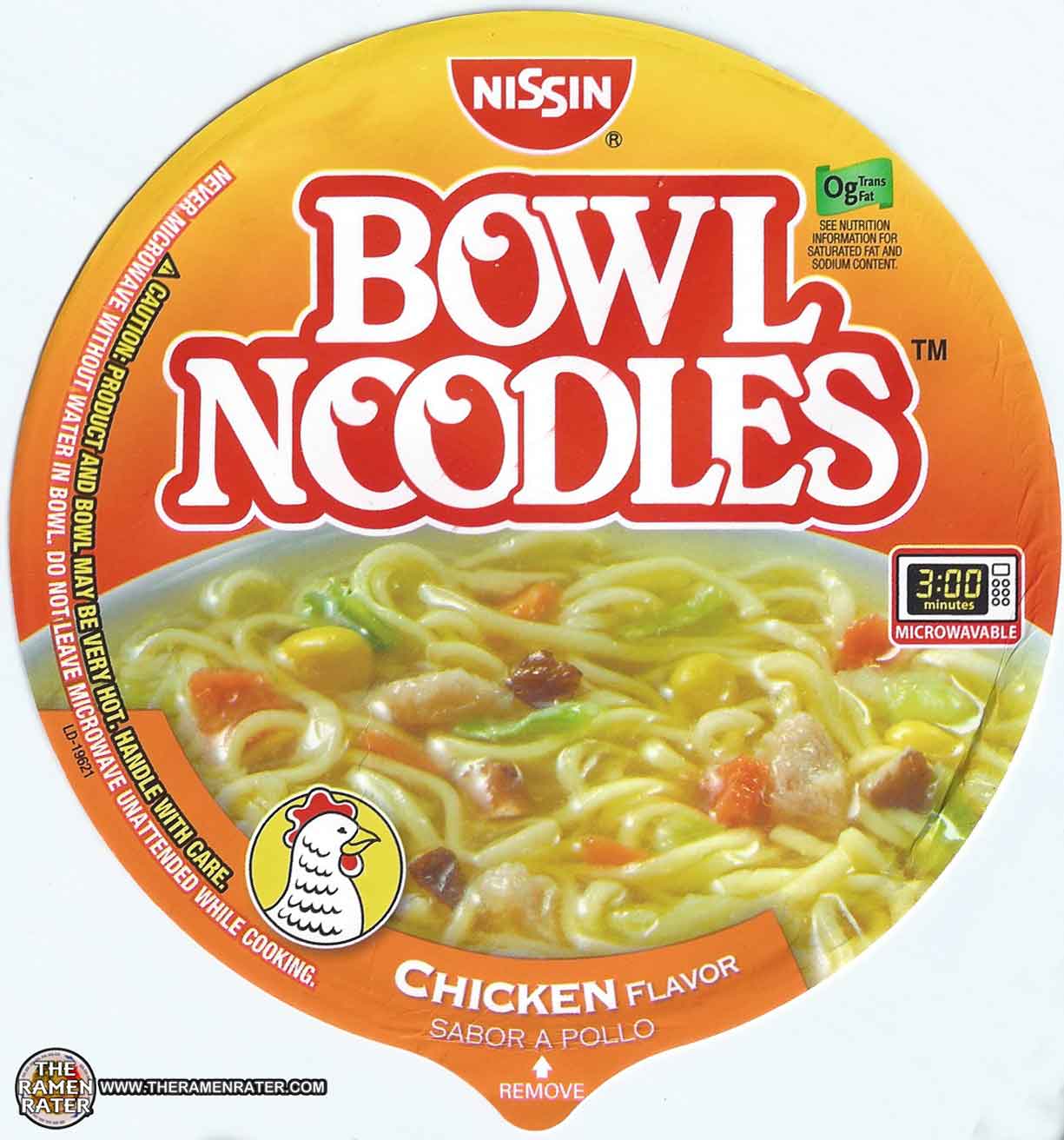 Here’s a detailed image of the lid (click image to enlarge). 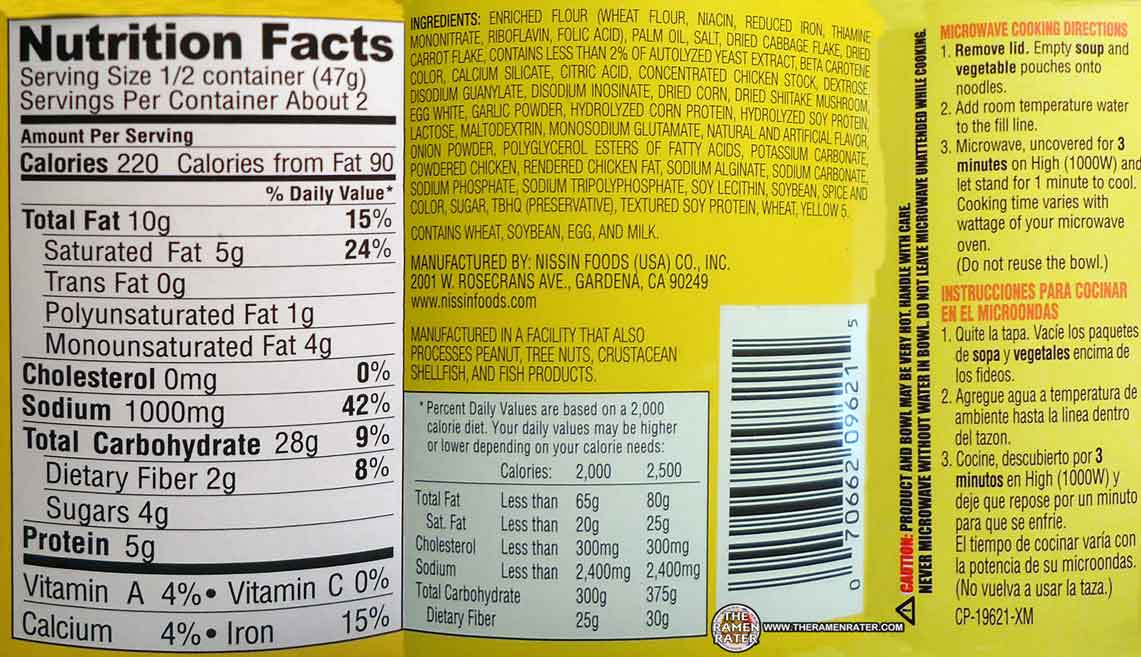 Here are the side panels (click image to enlarge). Contains chicken. 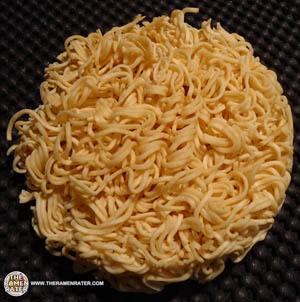 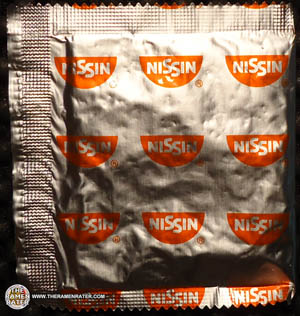 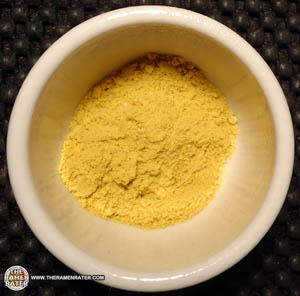 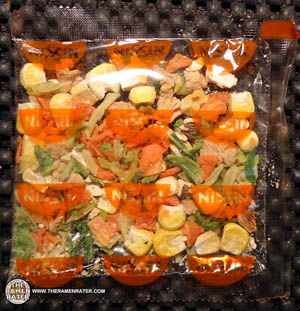 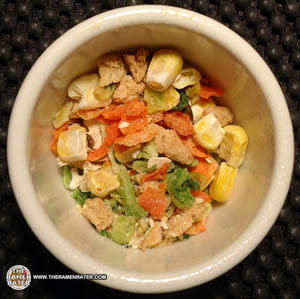 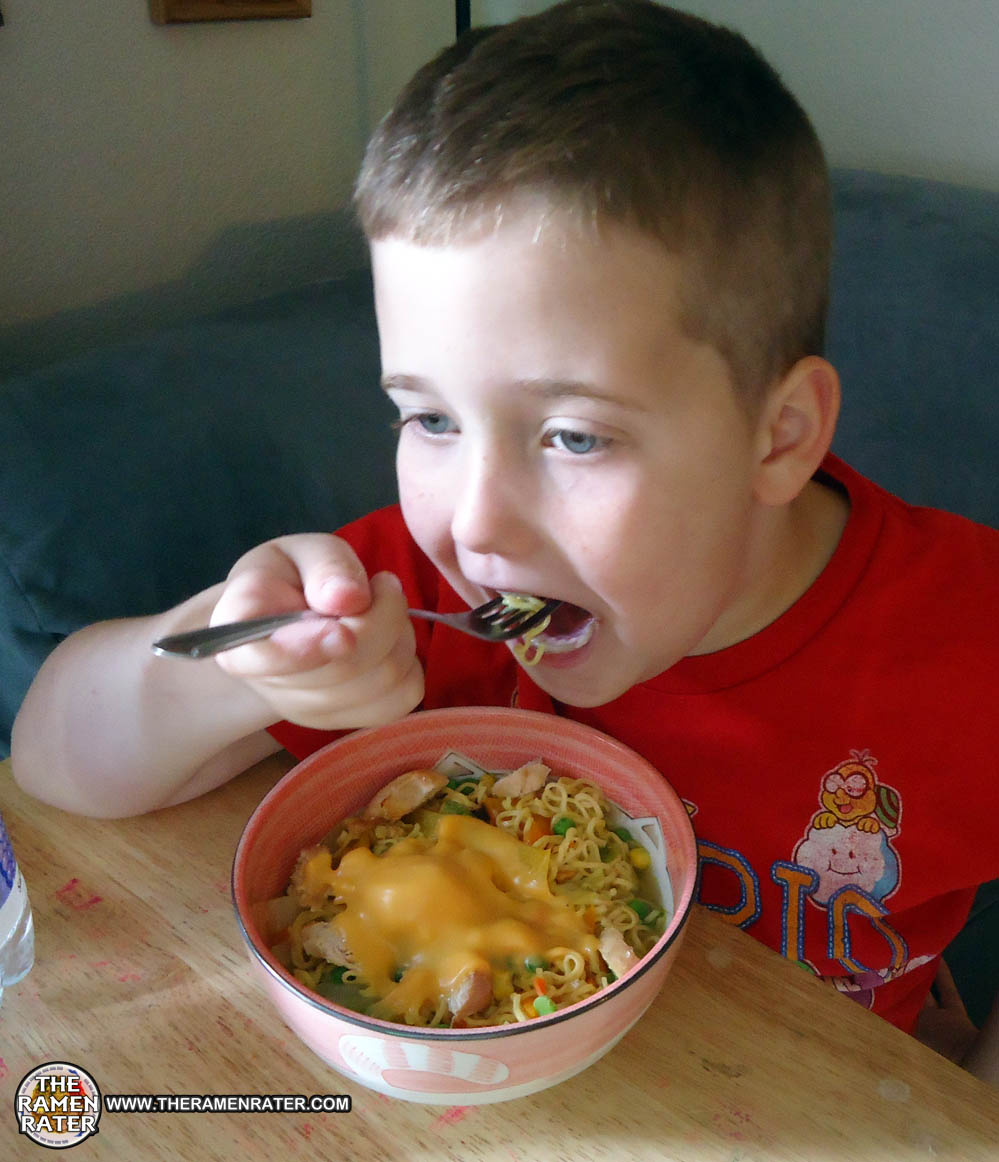 Always asks for a slice of cheese on top! Check out Andy’s LEGO Stuff website here! 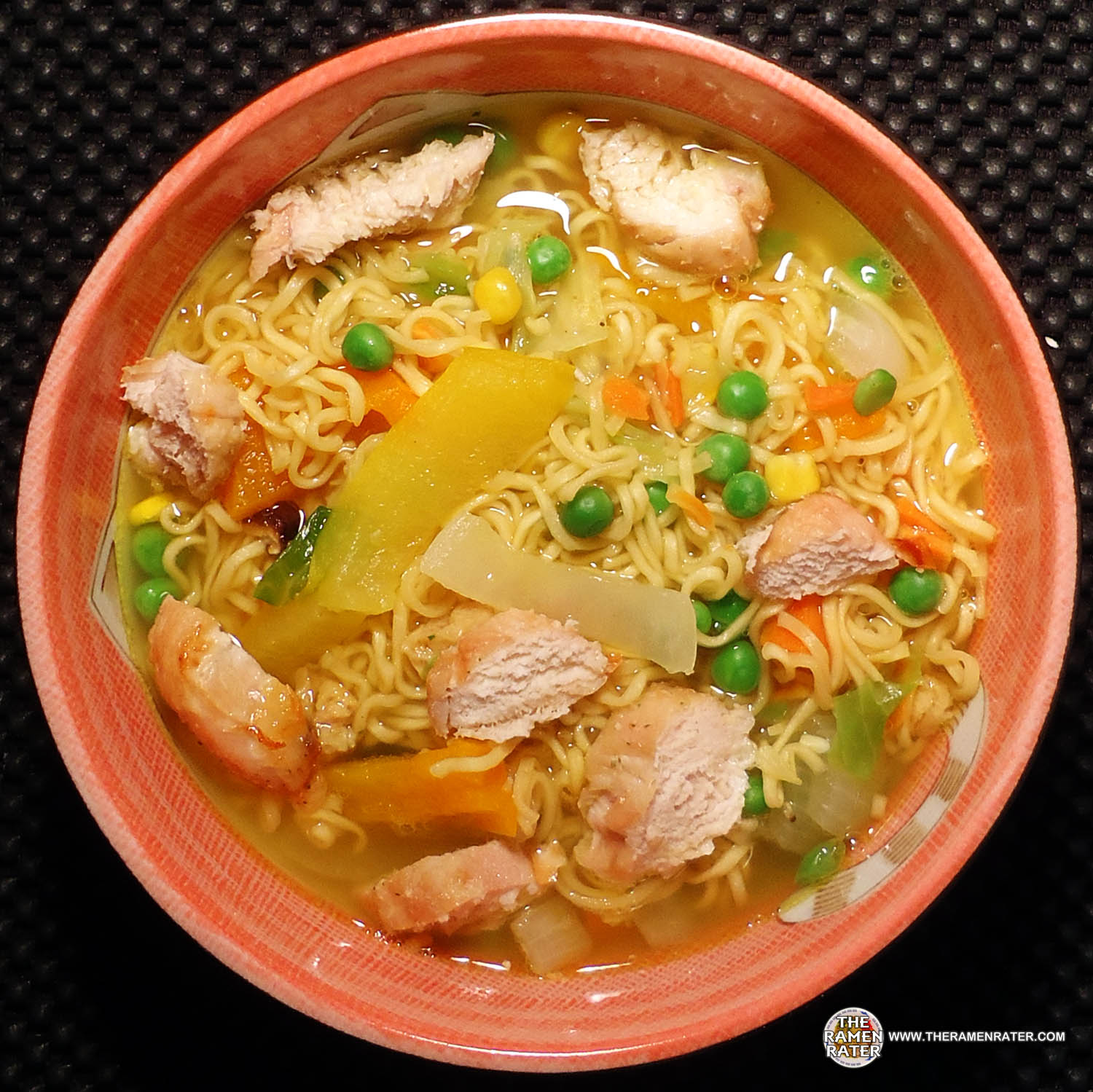 Finished (click image to enlarge). Added peas, carrots, onion, bell pepper and baked chicken. The noodles were a little crumbly, but pretty good. The broth has a nice chicken flavor and the veggies rehydrated very nicely. 3.5 out of 5.0 stars. 070662096215.

Okay this is a different one – spicy!

Whenever Andy and I have noodles, we either watch Robotech or Star Blazers. If you’ve never seen Star Blazers, then you’re missing out. This is from the second saga about the Comet Empire and a climactic episode. Anyways, check it out!