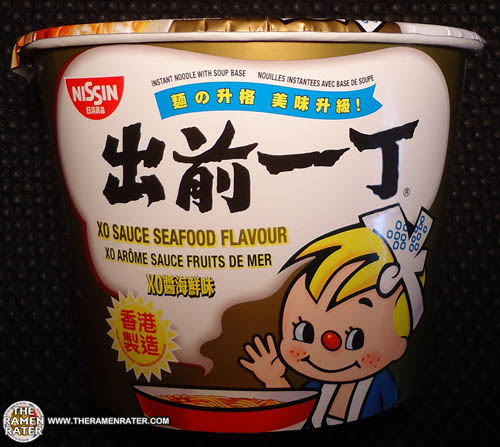 Here’s another one my wife got me up in Canada on my birthday earlier this year! This is one big cup of noodles! You might be wondering what XO Sauce is. Well, the ‘XO’ part is a status thing; it’s considered to be a prestigious prefix in Asia denoting luxury or high quality as in cognac. As for what’s in it, Wikipedia says:

Developed in the 1980s in Hong Kong for Cantonese cuisine, XO sauce is made of roughly chopped dried seafoods, including scallops, dried fish and shrimp, and subsequently cooked with chili peppers, onions, and garlic. This dried seafood-based sauce bares similarity to the Fujianese Shacha sauce. Spring Moon, the Peninsula Hong Kong‘s Chinese restaurant is often credited with the invention of XO sauce, although others claim the sauce’s origin in the urban area of Kowloon.[2]

Fitting this variety being from Hong Kong. Anyways, let’s check it out!

Here are the side panels (click image to enlarge). Contains wheat, soybeans, fish and milk. 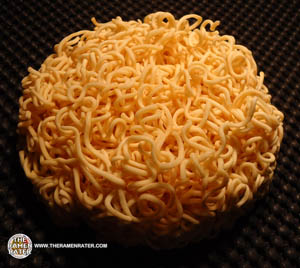 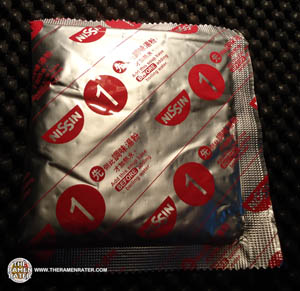 The soup base packet. 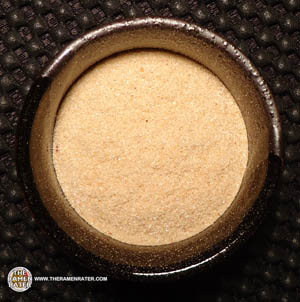 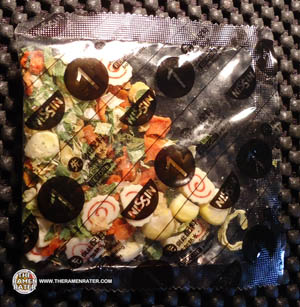 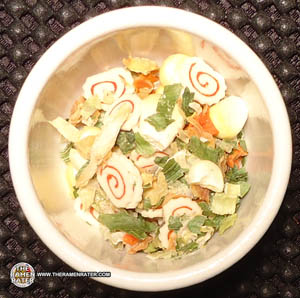 Lots of little pieces of narutomaki in a melange of veggies. 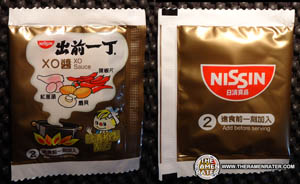 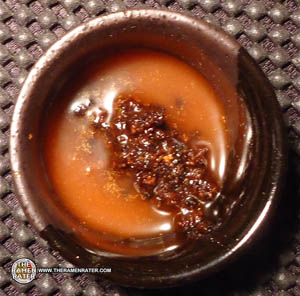 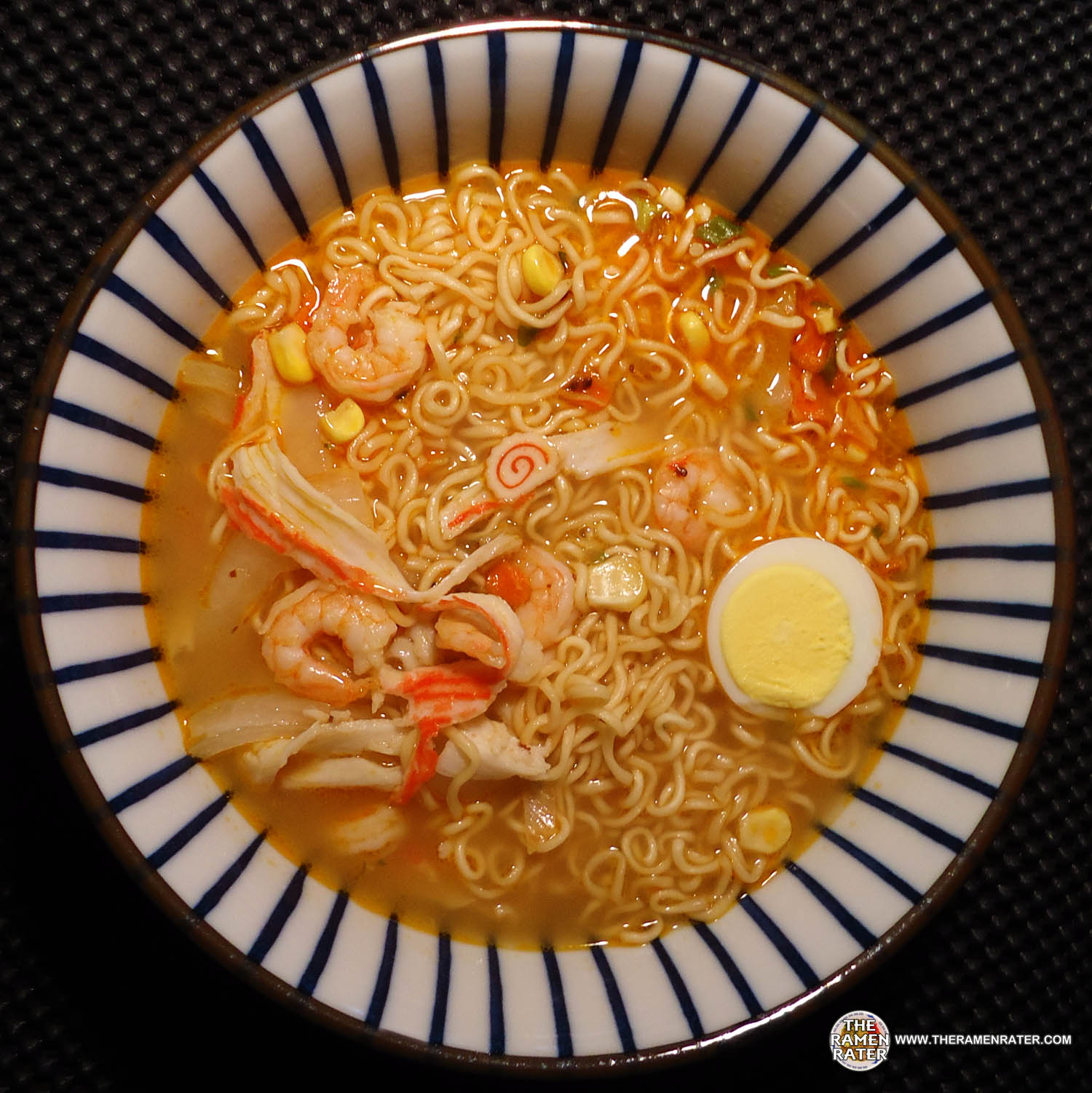 Finished (click image to enlarge). Added shrimp, imitation crab stick, hard boiled egg and Walla Walla sweet onion. The noodles are pretty good with a very standard gauge and quality. The broth however is quite nice. The XO sauce gives it a very rich seafood flavor that is most enjoyable and hearty. The inclusion of a decent amount of veggies and narutomaki rounds things out well. 4.0 out of 5.0 stars. UPC bar code 4897878120055.