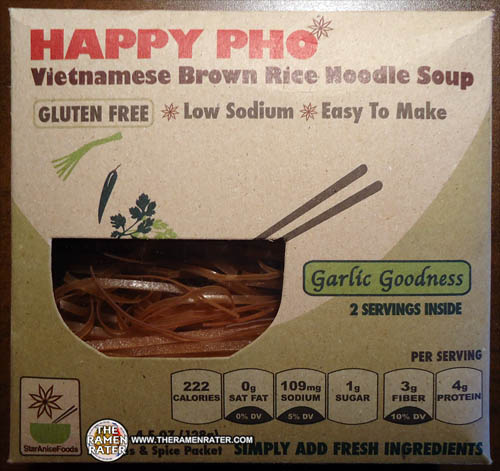 Today I’m reviewing the sample that Star Anise Foods sent of their Happy Pho brown rice noodle pho. I know a lot of you will be really interested in this not only because pho is good stuff, but because this is gluten free. They’re brown noodles, but the container is definitely green, made of recycles cardboard, too. Let’s check this unique variety out! 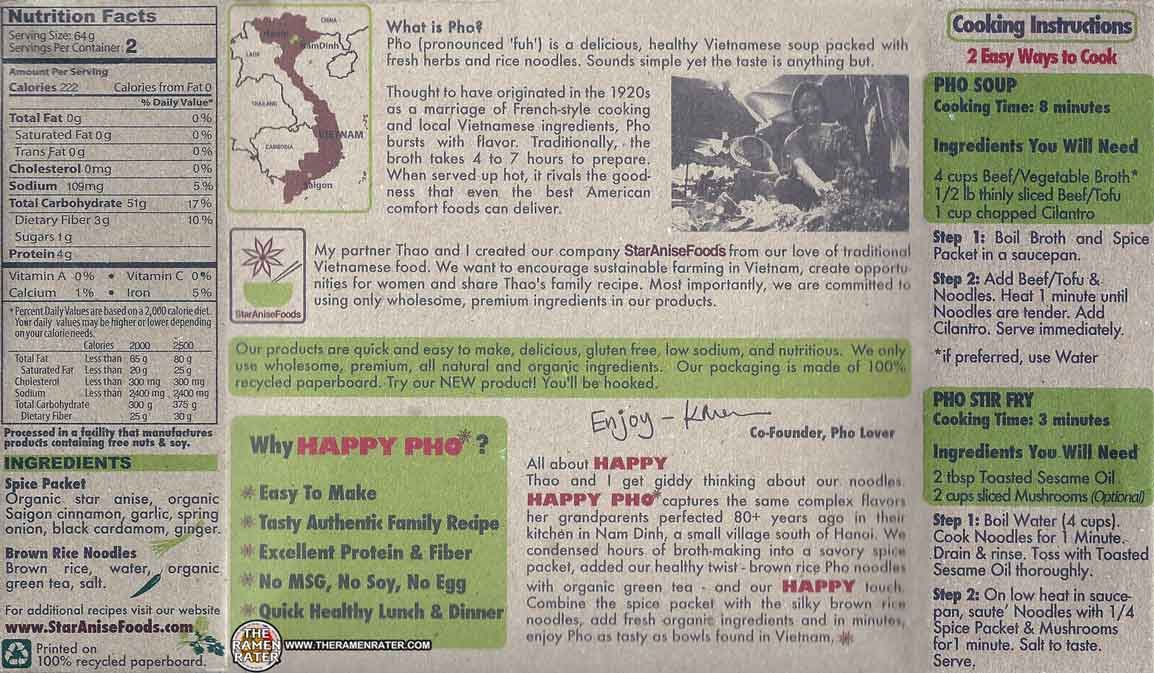 The back of the package (click image to enlarge). Note it mentions to use either beef or vegetable broth – I decided beef would be more authentic. Looks to be free of msg and animal products. 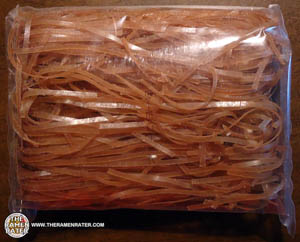 A big pack of brown noodles. 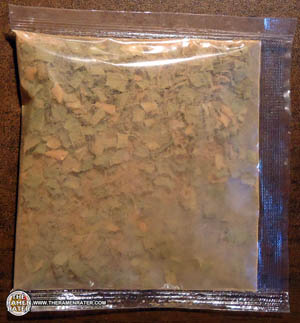 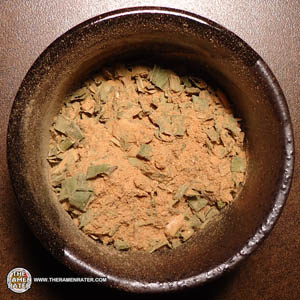 A strong scent of star anise and other spices. 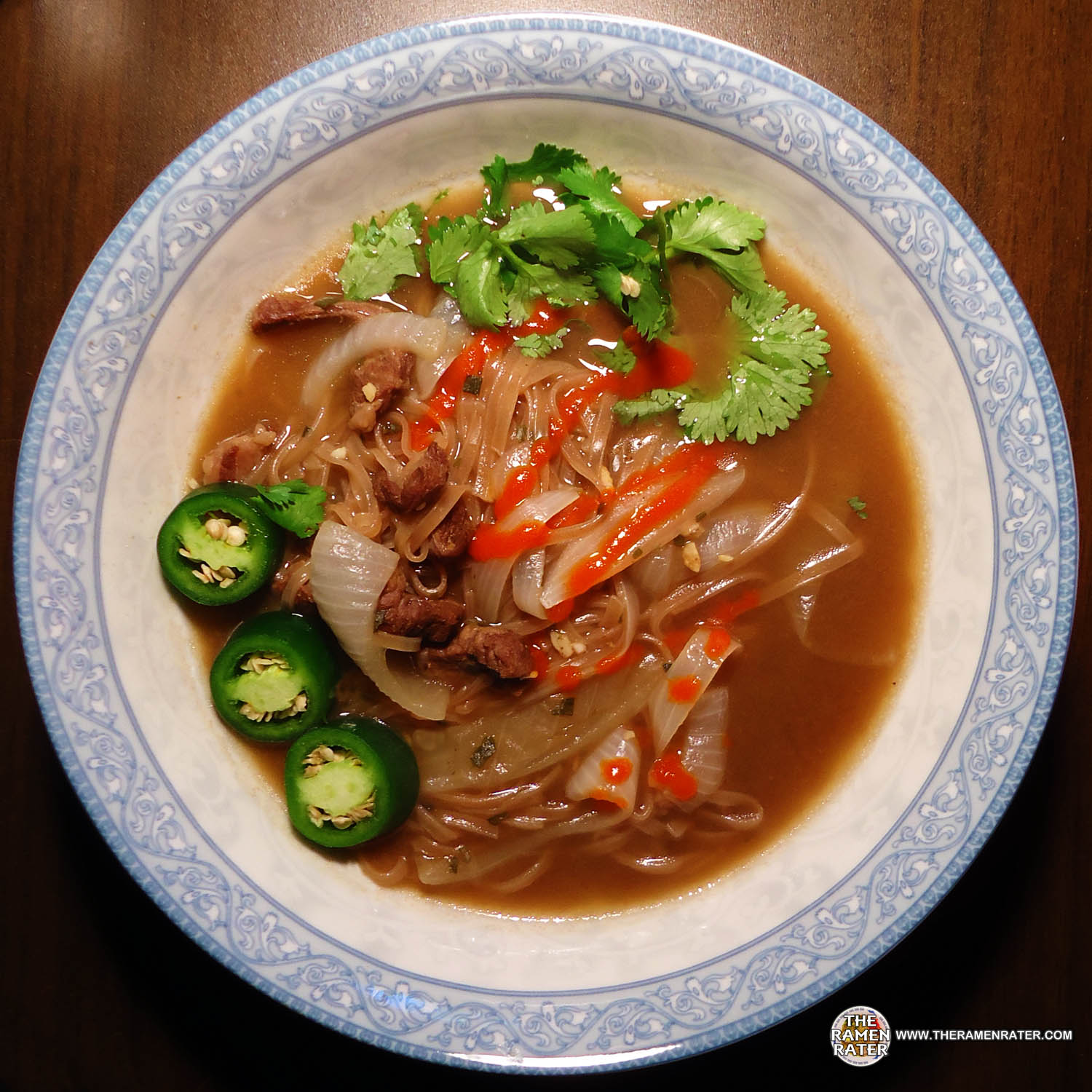 Finished (click image to enlarge). Added some thinly sliced beef, sweet onion, cilantro, jalapeno and Huy Fong Sriracha. The noodles are nice – flat and they have a nice texture. I would have thought them possibly almost gritty as they’re made with brown rice, but they’re very nice. The broth was far less salty than I’m used to with pho that I get at a restaurant. I think it would be even less salty if made with water. The flavors of restaurant style pho are all here though and taste very good. I make it a policy to rate based on the base product and so I’m giving this one a 3.75 However, once paired with beef and vegetables and the trimmings of pho you would find at the restaurant, it becomes absolutely perfect. In fact, I like it better than what I’ve had recently at pho restaurants. If you’re a fan of pho, this is one to definitely check out for sure. 3.75 out of 5.0 stars. UPC bar code 854775002000.