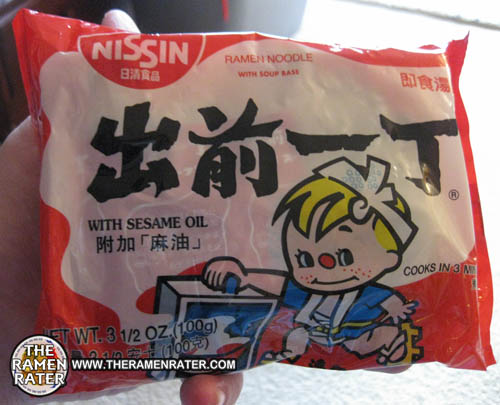 I last tried this variety when I was about 15 years old I think and I absolutely hated it. I have been avoiding it like the plague ever since. I suppose 20 years later, its time for another go. 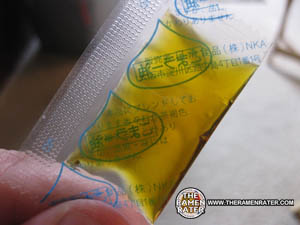 There has been mention of HK (Hong Kong) and Japanese versions of Demae Ramen. I’m going to go with the premise here that this would be the latter. Here you see the packet of sesame oil. 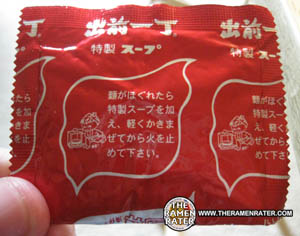 The soup base packet. I’m sure it says that this is soup base, but I’m rather curious what else it might say… 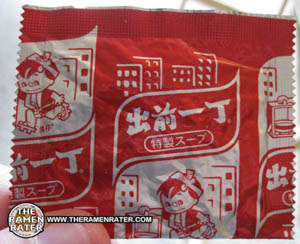 A very different graphic design than any of the other Demae Ramen varieties I’ve tried recently. 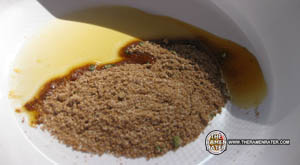 Here we go – powder and sesame oil hanging out in the bowl before I add the angry noodle and boiling water! 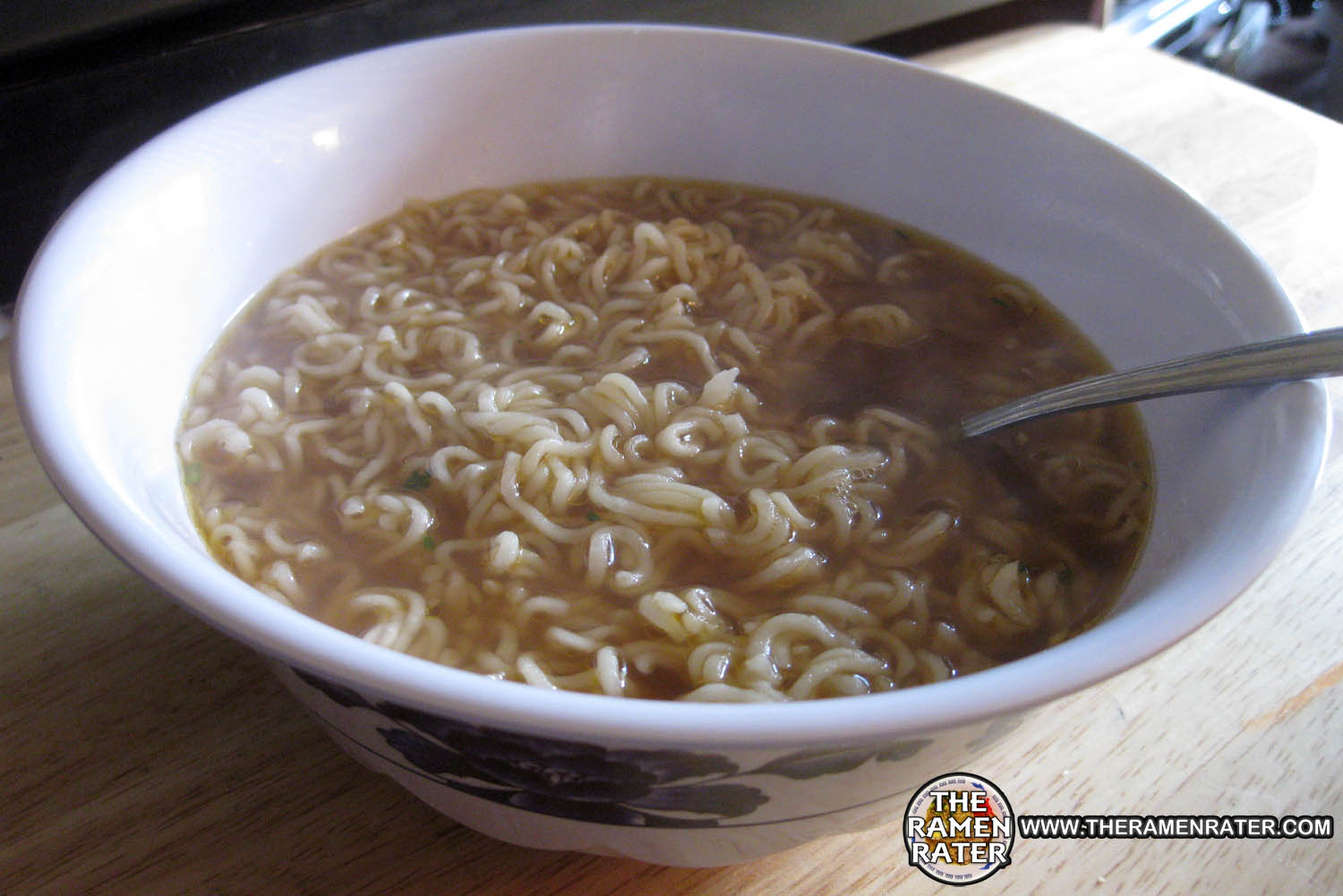 So here we are (click image to enlarge).  Apparently I was of little intestinal fortitude twenty years before. It’s not that bad. It’s a little much on the sesame oil side. There’s so much grease here and so much salt. You read for 20g of fat and 2110mg of sodium? Yeah, this is pretty rough stuff. Its not too bad not hmm I dunno. Altogether I weigh this one in at 1.75 out of 5 stars. Just a little too much of everything and not enough fun. Get it here.