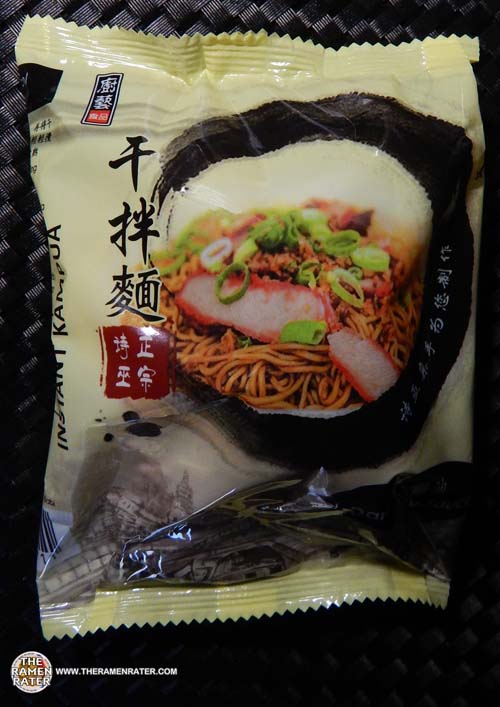 When I was asked if I wanted to try some instant noodles from Sarawak, I was immediately interested. I’ve been trying to get my hands on some for a while but haven’t had any luck. Until now, that is! So first off, where is Sarawak? 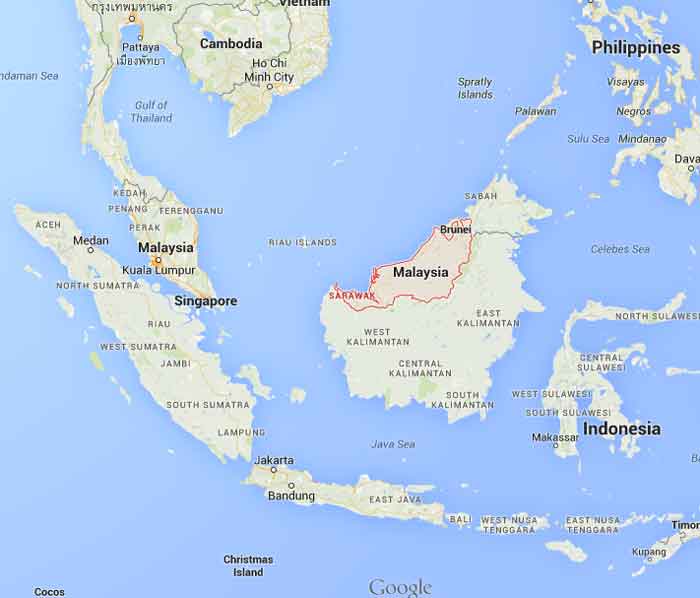 As you can see (click to enlarge), Sarawak is part of eastern Malaysia just south of Brunei and the Philippines, near the hotly contested Spratly Islands. . All I really knew about Sarawak was from their postage stamps I saw as a kid. Alright, now what about kampua? Wikipedia had this to say:

Sounds good to me! Let’s check it out! 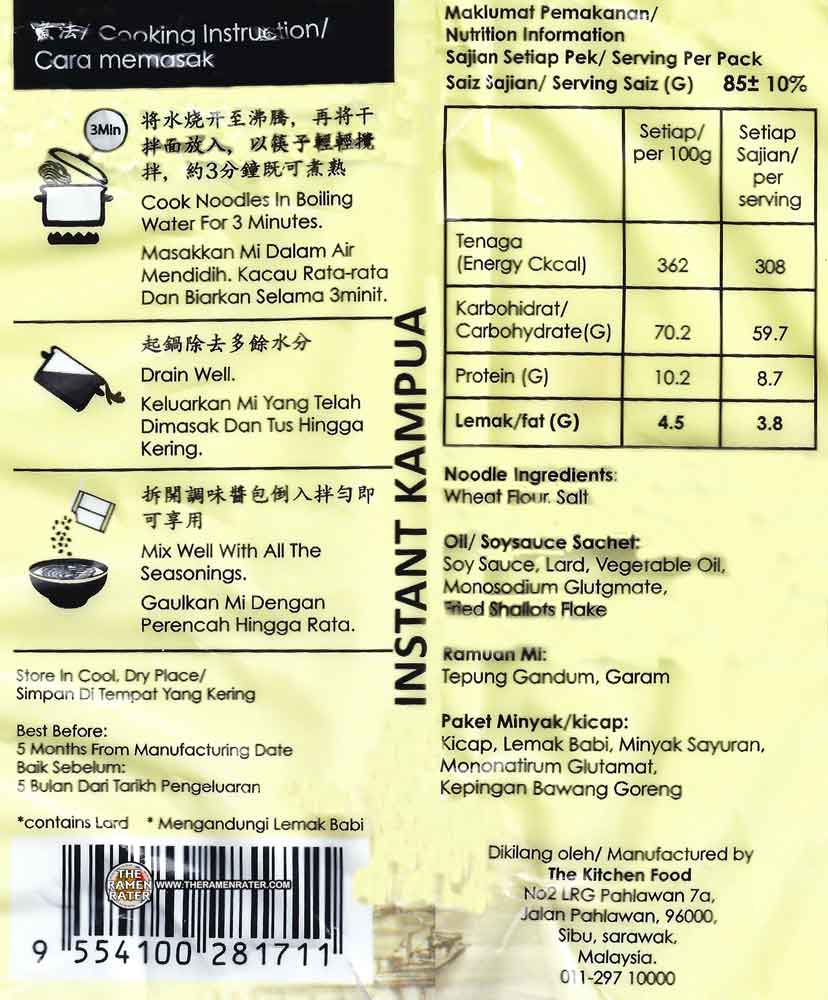 Here’s the back of the package (click image to enlarge). Contains lard. to prepare, add noodle to a pot of boiling water and cook for 3 minutes. Drain. Add in contents of seasoning sachets and combine. Enjoy! 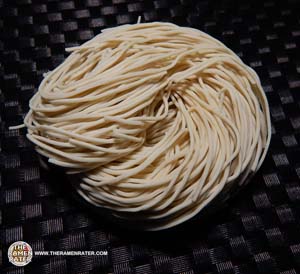 A very dense and heavy block of noodles. 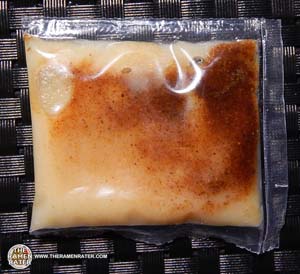 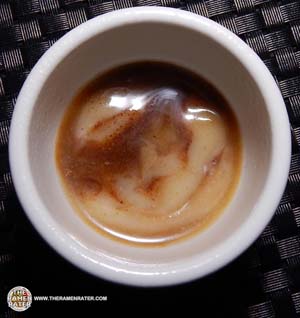 Has a kind of sweet scent with shallot as well. 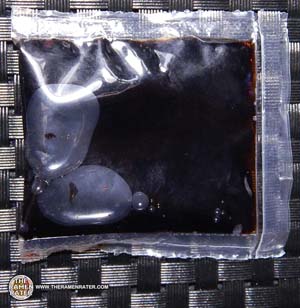 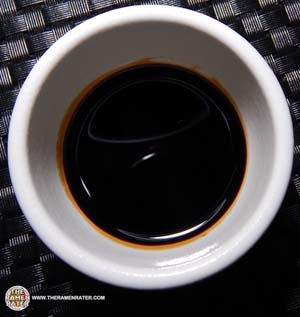 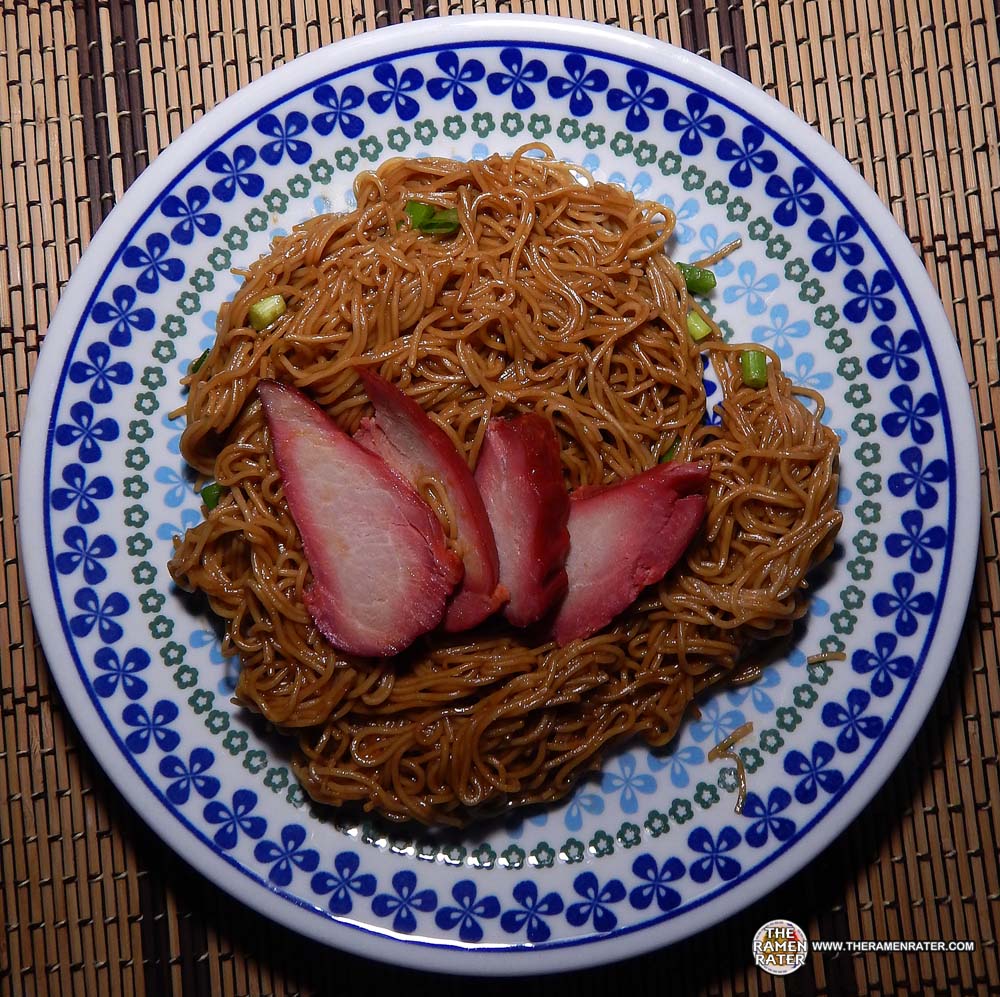 Finished (click image to enlarge) Added char siew (bbq pork) and spring onion. The noodles were thin and round in gauge.They had a different mouthfeel than a normal instant – like they were heartier. The flavor was sweet and salty and very familiar – much like Pancit Canton of the Philippines An absolutely delightful dish that I thoroughly enjoyed. 5.0 out of 5.0 stars. EAN bar code 9554100281711.

A vide of a kampua vendor who really means it! The name is Flying Kampua!