Ealier this year, I got a call from Japan, asking if I would like to be interviewed for a TV show. I answered in the affirmative! They were interested in my Top Ten list, but something shorter. I picked three varietiesand did the interview via Skype. The guy interviewing me is Charles V. Lee. He told me he’s the most popular comedian in Japan. He’s originally from Oregon! So how the show works is a random topic is picked and a question is asked. Then they find someone who knows the answer and they interview them. The term ‘patena’ means random. With that, here’s the video! ...see full post 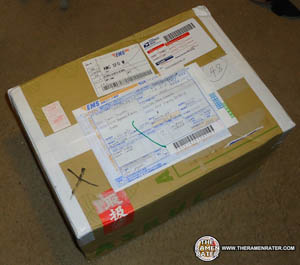 I was on Japanese TV at the end of February! The folks there were very kind to send some ramen from Japan! ...see full post