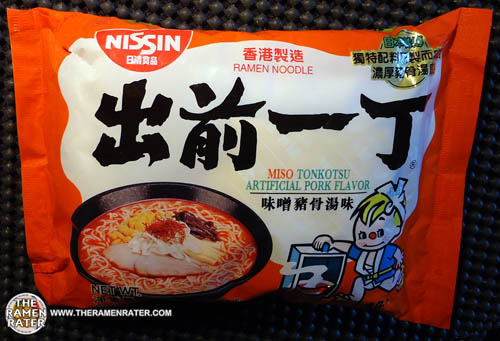 I was pretty surprised my son wanted to try this one; he asked if it was spicy or bitter. I told him I wouldn’t imagine so. Well, I guess we’ll find out! ...see full post 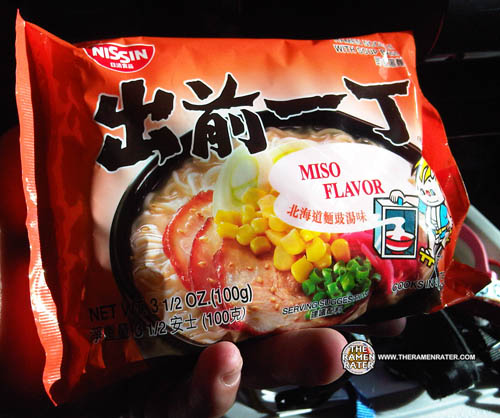 So as I’ve mentioned before, my options as far as varieties of Nissin Demae Ramen are dwindling quickly. I think I’ve got a couple after this one so here we go with Miso. Kitten was wondering what the heck miso actually is, and since I couldn’t give her a decent answer other than a kind of Japanese soup, I hit up wikipedia for some info…

Miso (みそ or 味噌?) is a traditional Japanese seasoning produced by fermenting rice, barley and/or soybeans, with salt and the fungus kōjikin (麹菌?), the most typical miso being made with soy. The result is a thick paste used for sauces and spreads, pickling vegetables or meats, and mixing with dashi soup stock to serve as miso soup called misoshiru (味噌汁?), a Japanese culinary staple. High in protein and rich in vitamins and minerals, miso played an important nutritional role in feudal Japan. Miso is still very widely used in Japan, both in traditional and modern cooking, and has been gaining world-wide interest. 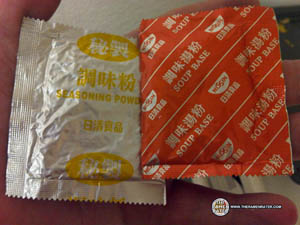 This one came with a couple packets, one being soup base and the other being seasoning powder. I am imagining the seasoning powder was the miso. It had a slightly musty scent to it – if asked to define, fermentation wouldn’t be too far off the beaten path for the olfactory reaction here. 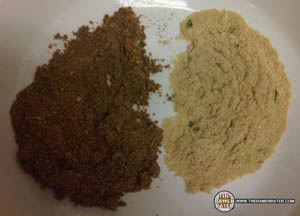 On the left is the seasoning powder. I was thinking of using a spoon and making a yin yang or some kind of neat design with the two colors of noodles but thought better of playing with my food. 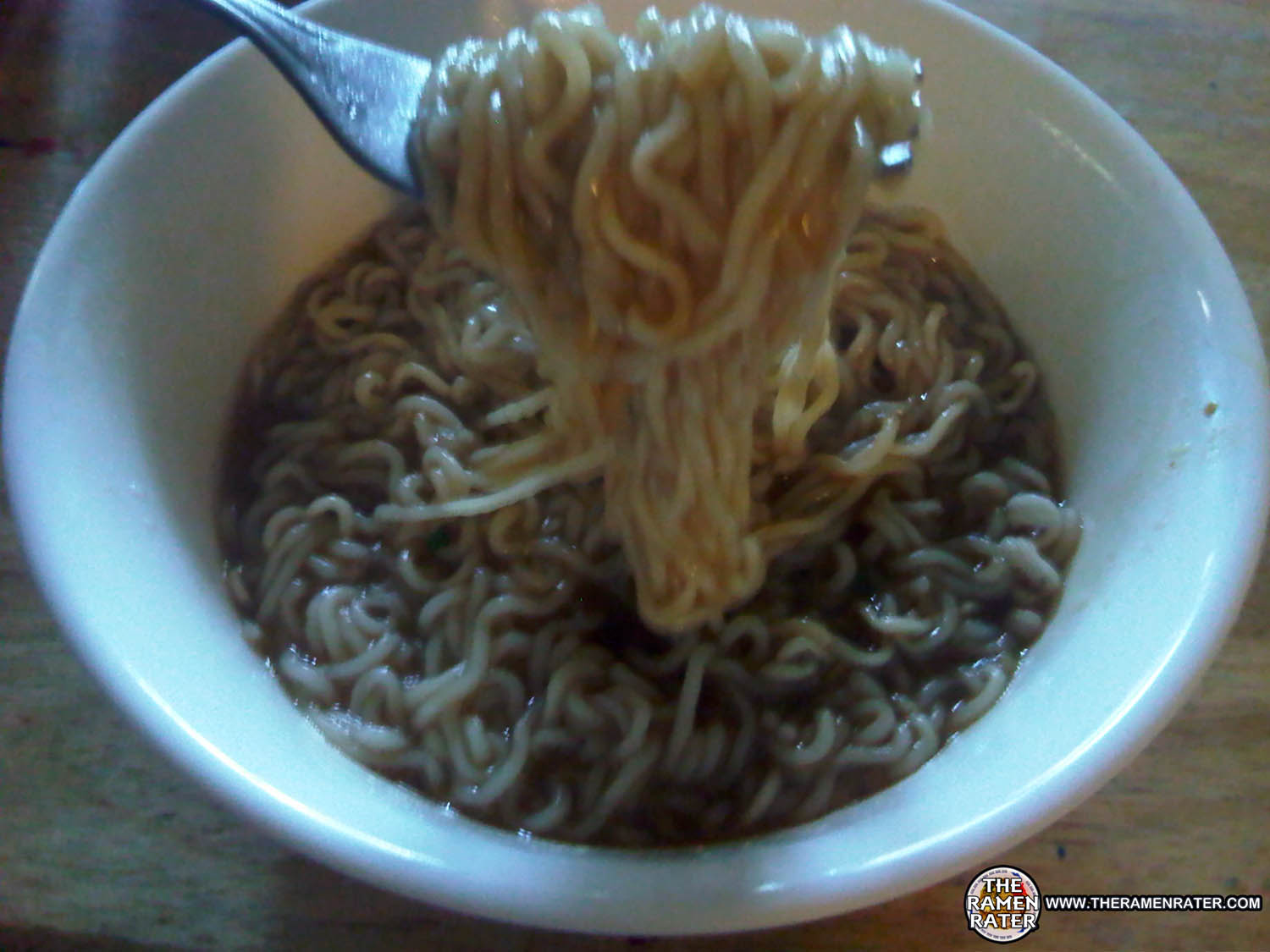 So here’s the finished produc (click image to enlarge)t. Made something to drink (Crystal Light knock off from Walmart) and so the noodles cooked a bit longer than they normally do. They were a little slimy to be honest, but kind of a fungus like slimy. I don’t know if there truly was fungus among this, but all said and done this wasn’t a shabby bowl of noodles. The noodles kind of turned into a greasy udon-esque affair. The broth was a little salty but the flavor had some complexities I wasn’t accustomed to which I found interesting; a mustiness and pungency that I found interesting. Did I like it? Sure – not a bad bowl of noodles as I said. Will I jump off a chair and tell people to run and get it? Nope. This one gets 2.75 out of 5 stars. Get it here.