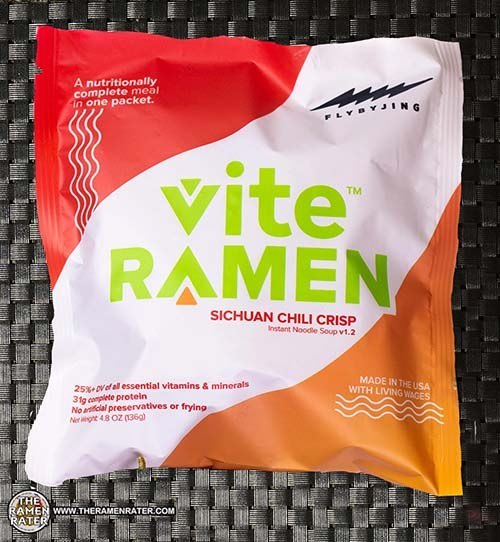 Here’s we’ve got something new – a mashup of Vite Ramen and Fly By Jing Sichuan Chili Crisp! It’s kind of funny – I had just discovered chili crisp a week or two before I ended up having a conversation with the guys at Vite Kitchens about it. Turned out they were collaborating with Fly By Jing on this and sent me a bottle of it – good stuff! This is a prototype without packaging (you’re saying then what’s that above) – I snagged the pic and did that top image in Photoshop. So there. Let’s check it out!

I couldn’t find a back picture, however these will have high fiber, protein, lots of vitamins and minerals (a lot a lot), low sodium and guessing 500 calories. To prepare, add noodle block to 2 cups boiling water and boil 3 minutes. Add sachet contents. Finally, stir and enjoy! 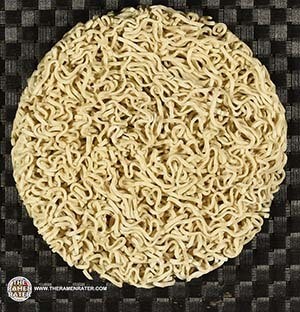 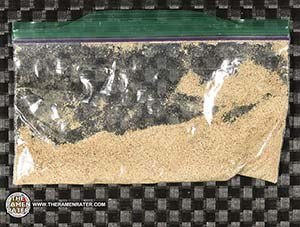 A Ziploc baggie of powder base. 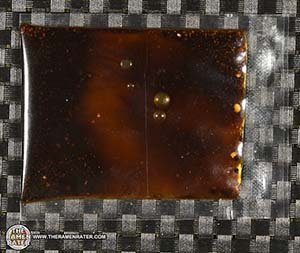 A sachet of the Fly By Jing Sichuan Chili Crisp. 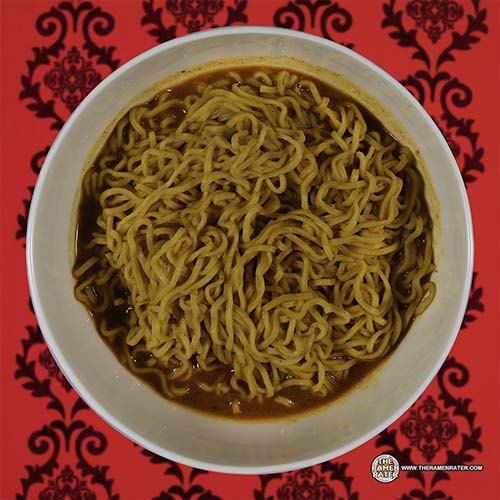 Finished (click to enlarge). Added nothing. So I did a mukbang of this one. The noodles came out really well – really liked the mouthfeel and the quantity. Th flavor was a slightly bitter and spicy affair. I felt like something was missing, and I thought hey – maybe a little saltiness could help so I added a dash of soy sauce which helped a little. But I felt something else was missing. I think a sweet component might help with this. Since this is a prototype, I am kind of loathe to give this a number. However, If it were a final, I’d give it a 2.75 out of 5.0 stars.