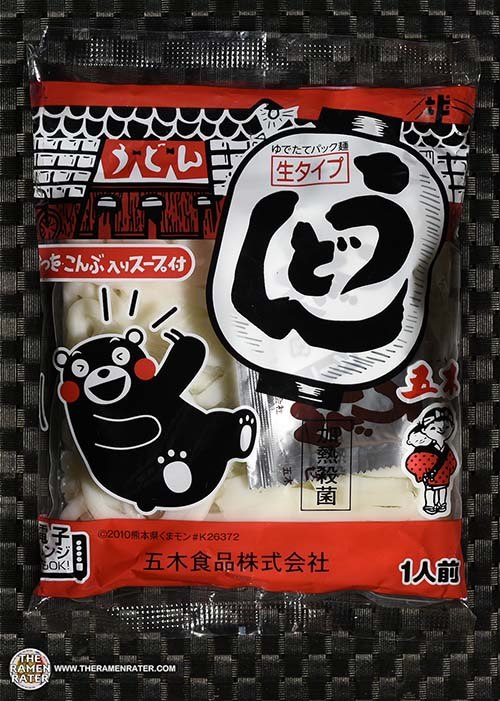 Here’s one from an Umai Crate – a subscription box from Japan. Use coupon code THERAMENRATER for a discount if you’d like to get one!

This is an udon variety. It features a fresh pouch and some seasoning. Here’s a little about udon from Wikipedia –

Udon (饂飩, usually written as うどん) is a type of thick wheat flour noodle used frequently in Japanese cuisine. It is often served hot as a noodle soup in its simplest form, as kake udon, in a mildly flavoured broth called kakejiru, which is made of dashi, soy sauce, and mirin. It is usually topped with thinly chopped scallions. Other common toppings include tempura, often prawn or kakiage (a type of mixed tempura fritter), or aburaage, a type of deep-fried tofu pockets seasoned with sugar, mirin, and soy sauce. A thin slice of kamaboko, a halfmoon-shaped fish cake, is often added. Shichimi can be added to taste.

The flavour of broth and topping vary from region to region. Usually, dark brown broth, made from dark soy sauce (koikuchi shōyu), is used in eastern Japan, and light brown broth, made from light soy sauce (usukuchi shōyu), is used in western Japan. This is noticeable in packaged instant noodles, which are often sold in two different versions for east and west. Currynanban is another popular variation, served in curry broth.

The happy bear graphic is Kumamon – the mascot of Kumamoto prefecture in Japan, so logically this would be in the style of Kumamoto udon broth I suppose. Let’s give it a try! 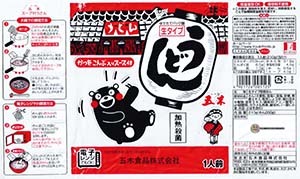 Detail of the packaging (click to enlarge). Most likely contains fish but check for yourself. To prepare, boil udon in 250ml water for 1 minutes. Add in sachet contents. Finally, stir and enjoy! 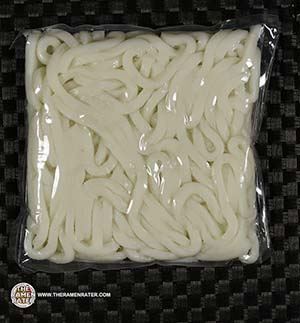 The pouch of fresh udon. 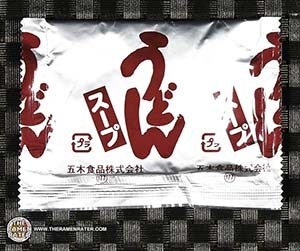 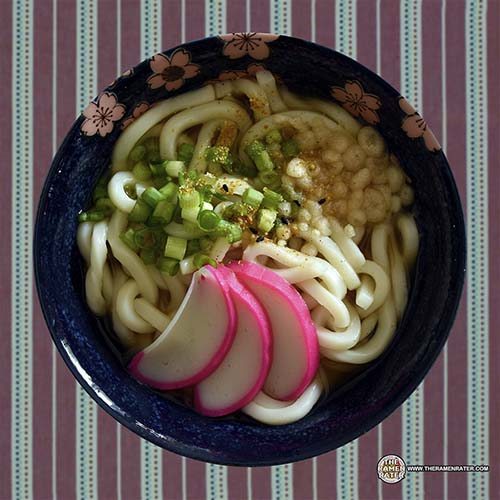 Finished (click to enlarge). Added kamaboko, spring onion, tempura, and shichimi togarashi. Udon come out nice and soft after a minute. Broth has a good sweet, salty and bonito taste to it. 4.0 out of 5.0 stars.  JAN bar code 4901726005125.