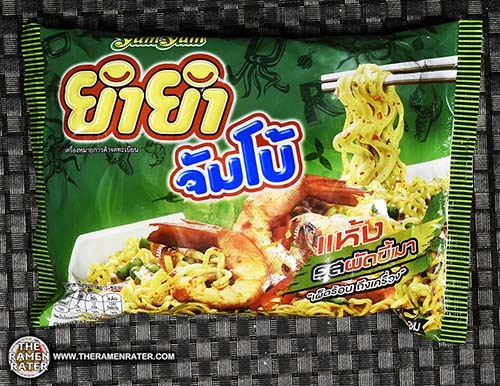 Alright here we have a variety that’s been one of my favorites – and it translates to Drunken Noodles! Here’s a little something about it from Wikipedia –

Several theories exist on the naming of this dish. One states its origins stem from the use of rice wine in preparing this dish, but no alcohol is added in any of the original Thai recipes. Another supposes that it was devised by someone who came home drunk and made something to eat with available ingredients. Another slight variation describes using what remained in their fridge to cook a side dish for their alcohol drinking. In that vein, a more apt name might be “drunkard’s noodles.”[3] 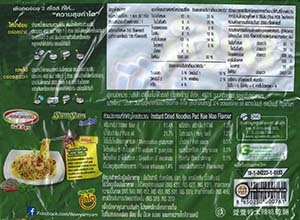 Here’s the back of the package (click to enlarge). Unsure whether it contains meat – but probably seafood. To prepare, add 400ml boiling water to a bowl along with the noodles and cover for 3 minutes. Drain. add in sachet contents. Finally, stir and enjoy! 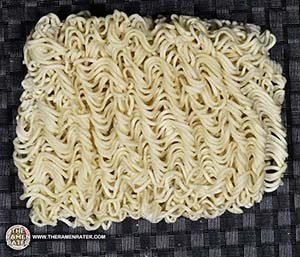 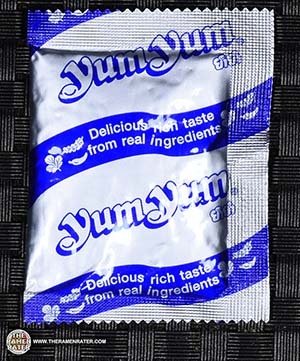 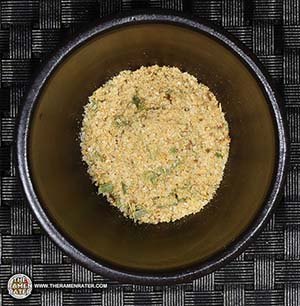 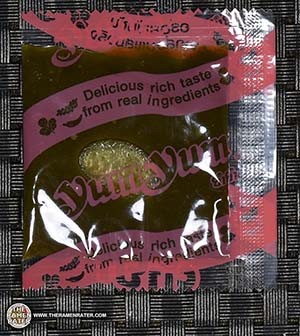 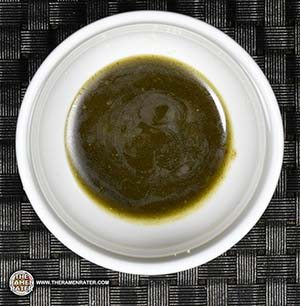 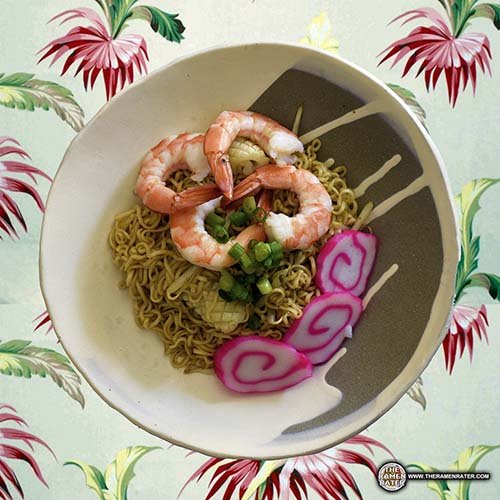 Finished (click to enlarge). Added fishcake, shrimp carved squid, Salad Cosmo mung bean sprouts and spring onion. The noodles hydrated well in three minutes. They had a very spingy and fluffy way to them. They are thinner than many I’ve had and worked well with the flavor which was a seafood and spicy kind of hit with basil as well. 3.75 out of 5.0 stars. EAN bar code 8850250000761.