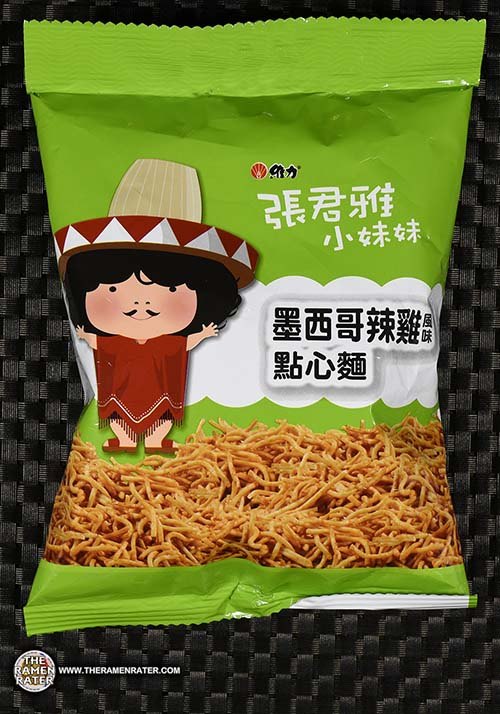 Here’s another one I dragged back from Taiwan. I’ve tried a lot of these noodle snacks, but ones with Mexican flavor kind of have a special place in my heart. You see, the day my daughter Miri was born, I was up early in the morning and I thought I’d do a review. It was a Mexican snack noodle. My plan is to attempt to review something somewhat like it every year on her birthday. I can already see the confused look on her face as a teenager… Well, let’s crack this one open – by the way it’s a long ways until she has her birthday. 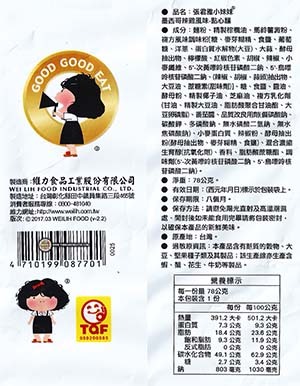 Here’s the back of the package (click to enlarge). Unsure whether it contains meat. To prepare, open bag, grab amount you wish. Add to primary facial orifice (generally the mouth). Masticate. Finally, swallow and enjoy! 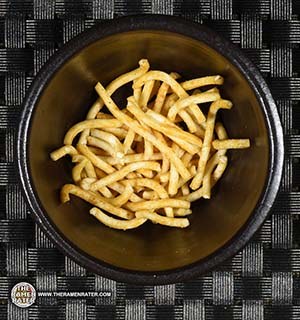 A small amount of the snack. 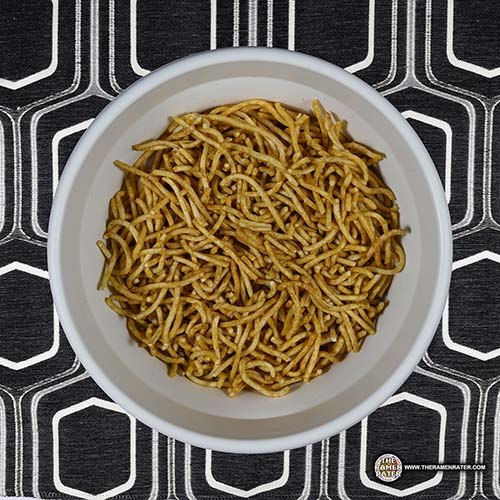 Finished (click to enlarge). I felt the same with these as the export version (review #2540). The noodles can be rather long and I found once or twice that during the initial chewing, they could jut out a little and push into my cheek or the roof of my mouth in an unenjoyable way – kind of a bad mouthfeel. The flavor though is pretty good – like a lightly spicy chilli cheese kind of flavor. They’re not bad. For a snack, I give these 3.25 out of 5.0 stars. EAN bar code 4710199087701.