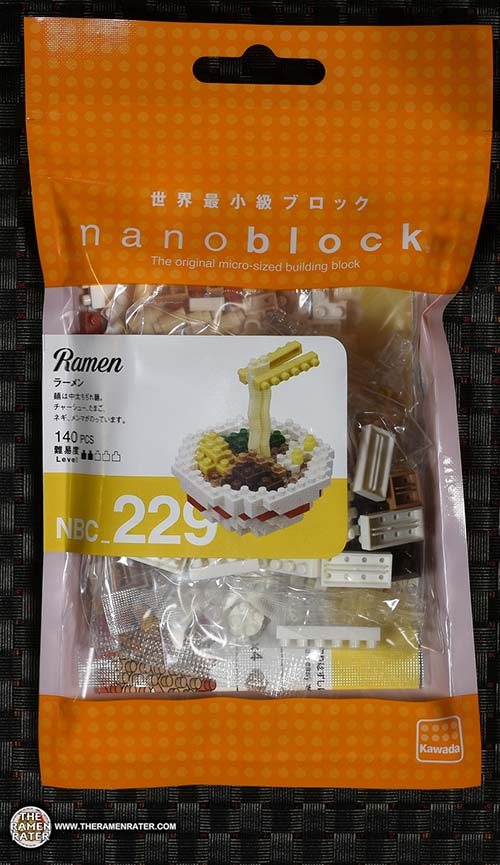 I know, I know. ‘You can’t even eat this!’ I hear it already. Well, actually,m you could. I don’t think plastic has much nutritional value, but you could eat it.

My so Andy went to a Pokemon League event last weekend and it was near the Renton Uwajimaya market. We went and checked it out to get a few necessities. My wife Kit spied this and we got it. I thought it’d be fun for me and Andy to put it together and do a YouTube video – and so we did. Kit was under the weather that evening and turned in early, so Andy and I did an unboxing video and then put this thing together.

Nanoblock is kind of like LEGO bricks, however, they’re smaller. A lot smaller. And made from thinner, lighter plastic. Indeed, Nanoblock is easily lost, and so during the time we were building, we were exceedingly careful so as not to lose and pieces – pieces 8-month-old Miri would love to choke on – Miles for that matter too. But none were lost. Let’s take a look! 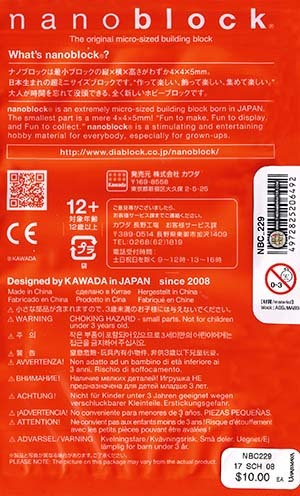 Here’s the back of the package (click to enlarge). Definitely meat-free. To prepare, open bag, take out bricks and instructions. Follow instructions and assemble. Finally, enjoy – look at it! 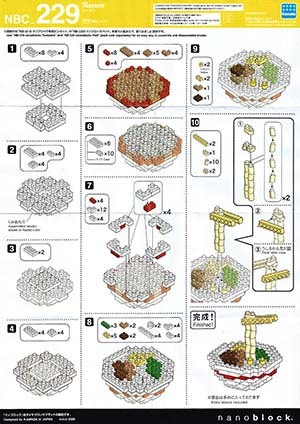 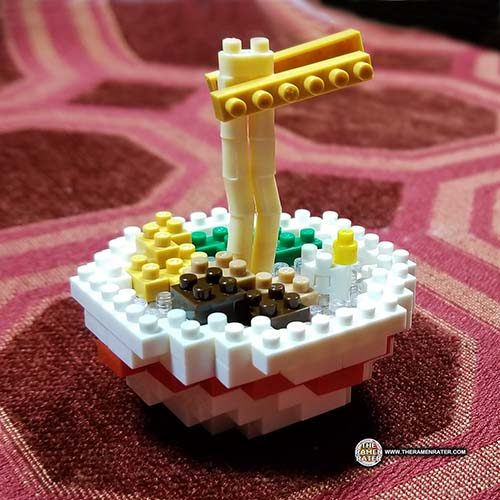 Finished (click to enlarge). So we decided with the yellow bits in there that they could be menma (bamboo shoot) and the white circles with the yellow pips could be eggs. Then again, the other yellow stuff could be corn so it could be miso ramen. It took us a while to figure this thing out (see video) but it was an enjoyable experience as we cursed at it. Definitely wasn’t something I could do myself with my low-vision issues, however, Andy was able to see the colors and figure out the instructions pretty well – we were able to work together on it and finally get it done. Lot of extra pieces at the end (which are mentioned) however I don’t think we could have built anything with them and since they’re a definite choking hazard and I’m not keen on hoarding, we chucked them. A nice evening project. No score was given (it’s a toy). EAN code 4972825206492.

Watch me and my son Andy battle this little toy set