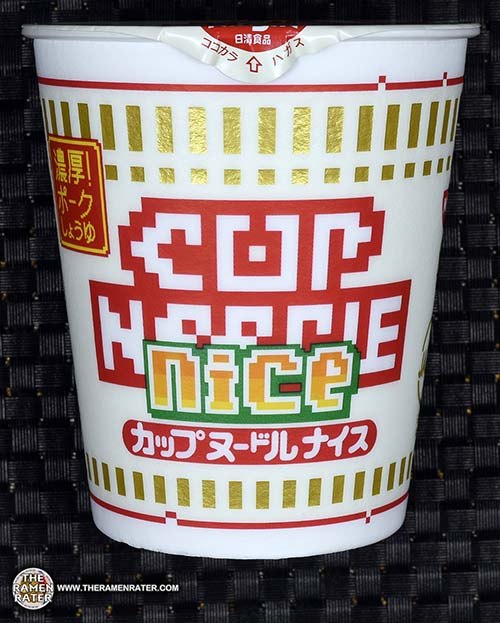 I couldn’t help myself. I thought that for my 2,600th review, maybe an homage to the first video game console I’d ever played was in order. I thought the pixelated graphics could do a nice job and so here we are. So this is a new range for Nissin Cup Noodle Nice. The Cup Noodle Nice look to me a distant cousin of the Cup Noodle Light+ series – they contain non-fried noodles for starters. They have the same fiber as a ton of lettuce, lower calories, etc. If this comes out as good as the Light+ varieties did, then this should be something special. Let’s see what Wikipedia has to say about Nissin Japan –

Here’s the import/distributor’s sticker (click to enlarge) – I got this one on a July 2017 trip up to Richmond BC up in Canada.

Detail of the side panels (click to enlarge). Contains pork. To prepare, add boiling water to the fill line (330ml) and cover for 3 minutes. Finally, stir and enjoy! 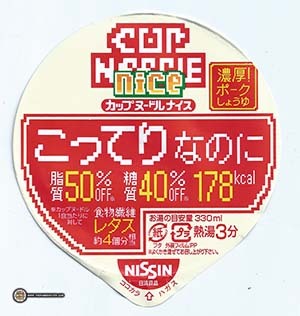 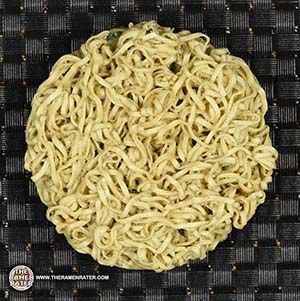 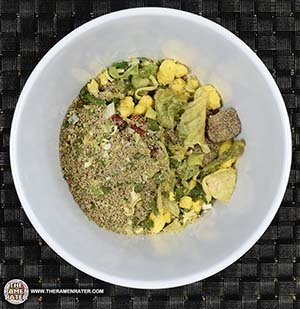 Loose garnish and seasoning from the cup. 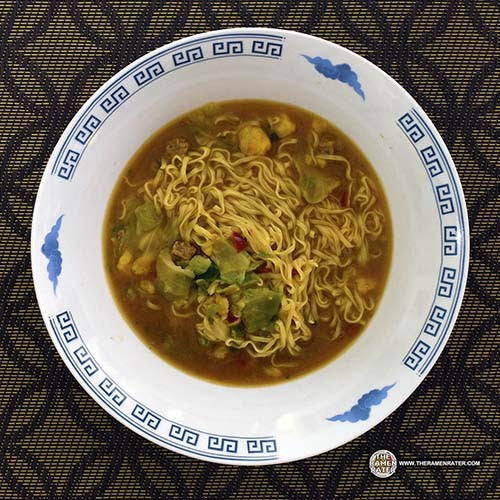 Finished (click to enlarge). The noodles are excellent; I don’t know why they just don’t replace these in all Cup Noodle Japanese varieties; they’re just the right way to go I think! The broth has a bit of thickness to it which was unexpected but very nice. The included vegetable, egg and pork just all worked together so well. Really an amazing and excellent cup of noodles. 5.0 out of 5.0 stars. JAN bar code 4902105237847.