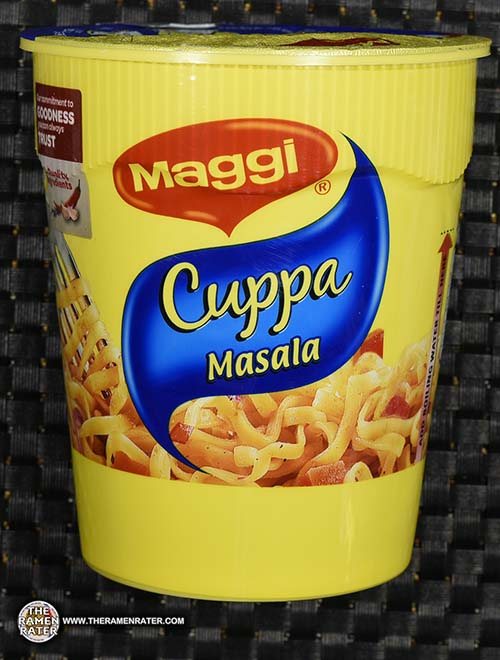 Found this one in California! I’ve been curious about Indian grocery stores lately as each one has had a different variety or two I’ve not reviewed. Honestly, the more reviews I do, the closer I get to doing a top ten India list. A ways to go though! Here’s a little about Maggi instant noodles in India from Wikipedia –

In June 2015, tests in India found high amounts of lead in Maggi noodles. The Food Safety and Standards Authority of India ordered a national recall for all 9 variants of Maggi Instant Noodles and Oats Masala Noodles.[7][8]

In India, Maggi noodles carry a green dot, meaning they are specifically formulated to serve vegetarians.[9] This special formulation is not available in other countries, unless imported from India.

So now you know – the green dot means vegetarian-friendly. Let’s check it out!

Detail of the side panels (click to enlarge). Has a green dot signifying vegetarian-friendly. To prepare, add boiling water to fill line and cover for 3 minutes. Finally, stir and enjoy! 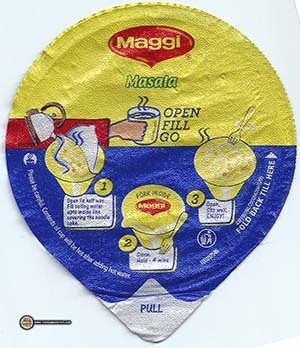 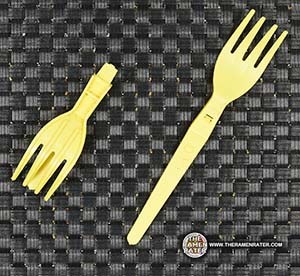 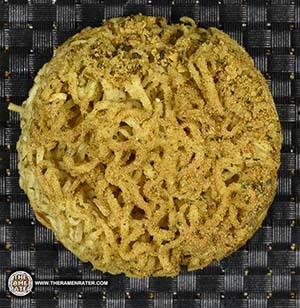 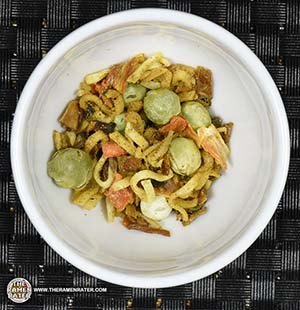 Loose seasoning and veg from the cup. 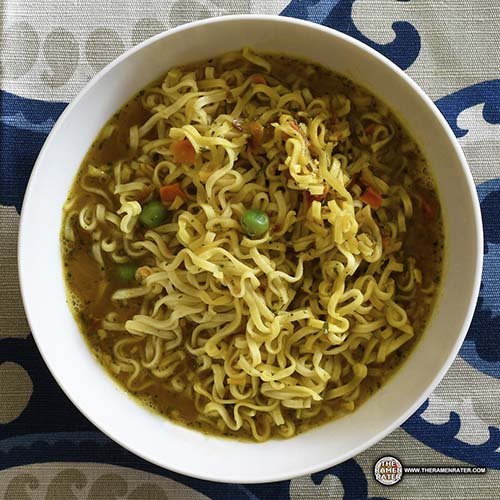 Finished (click to enlarge). The noodles come out fluffy and buttery which I thoroughly enjoyed. The masala flavor isn’t overwhelmingly strong like I like it, but strong enough to impart a rich and tasty flavor. The peas. I always find peas don’t hydrate well – well, these did. They came out nice and mushy as they should. 3.75 out of 5.0 stars.EAN bar code 8901058844757.