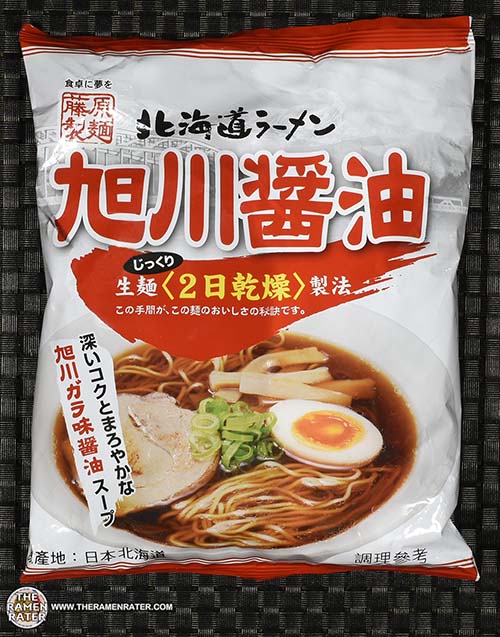 Seems like a little while since I did a pack instant ramen from Japan. This is one I found during my trip to Taiwan last November at the Carrefour in Taipei by the Miramar Entertainment Park. I tell you – they had quite an impressive instant noodle aisle – like 4 aisles really. So this one is a shoyu instant ramen. Here’s a little from Wikipedia about shoyu ramen –

Alright – this is the last of these varieties I lugger back from Taiwan. I think actually I’ve reviewed everything I brought back – gonna have to visit again and get more! Let’s check this one out. 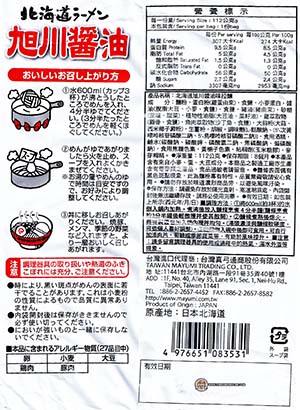 Here’s the back of the package (click to enlarge). Probably contains pork but not sure. To prepare, add noodles to 600ml boiling water and cook for 3 minutes. Add in sachet contents. finally, stir and enjoy! 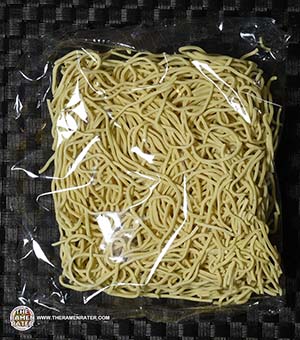 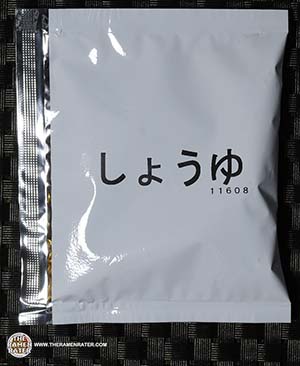 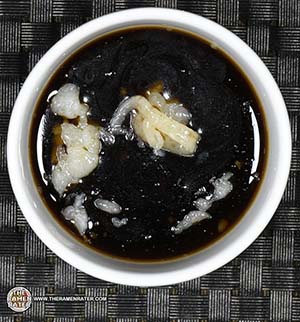 Deep in color and fatty. 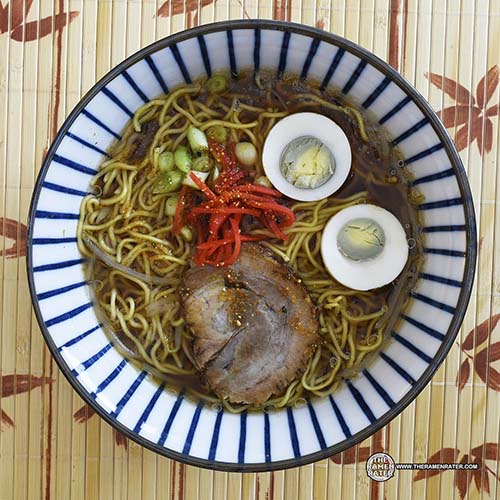 Finished (click to enlarge). Added egg, Salad Cosmo mung bean sprouts, kizami shoga, spring onion, chashu pork and shichimi togarashi. The noodles have a round gauge and a kind of rubbery chew. Not the way I generally like things, however the broth takes care of that. The broth has a very tasty shoyu flavor and is rich as well as good in body and oiliness. 4.0 out of 5.0 stars. JAN bar code 4976651083531.