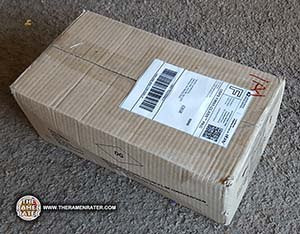 Okay so you may have seen that there are new Pringles Top Ramen Chicken Flavor Potato Chips on the market. This is a pretty surprising thing for the US – less so elsewhere. Apparently, the only place you can buy them in stores is at a place called Dollar General. There aren’t any in Washington State, so I had to look elsewhere. I found an eBay Seller who has them and at a very reasonable price. Some people are selling six cans of Pringles for $99! That’s $16.50 per can! Egad; what has this world come to… Anyways, yeah I don’t think they currently have any in stock but I asked and they said that they were going to restock again ASAP!

So I should mention that if you’re from outside of the United States, that this is pretty unique here. You guys in Southeast Asia get all the interesting flavors like the seaweed ones. We get a few unique ones here and there. Also, you might notice that our cans are a bit bigger than yours. I really don’t know why. It’s funny how there are little differences with products from country to country, however they’re there. Personally, I like the versions that they have outside of the United States better; they just seem more logical.

Just In! Pringles Top Ramen Chips & Where To Get ‘Em – United States 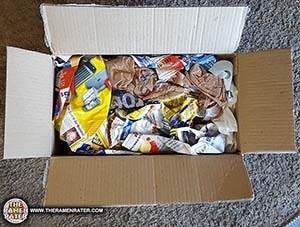 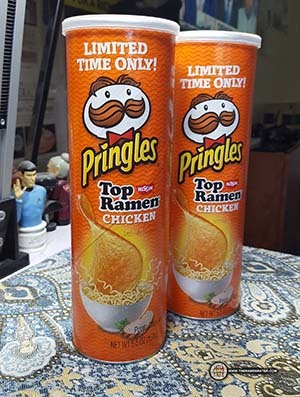 Freakin’ epic (click to enlarge)! You know, I don’t think I’ve ever gotten very worked up about potato chips. I’m going to be honest – I’m many, many reviews ahead but I’m not going to keep you in suspense very long on these. Expect a video later this week as well as a full posting.