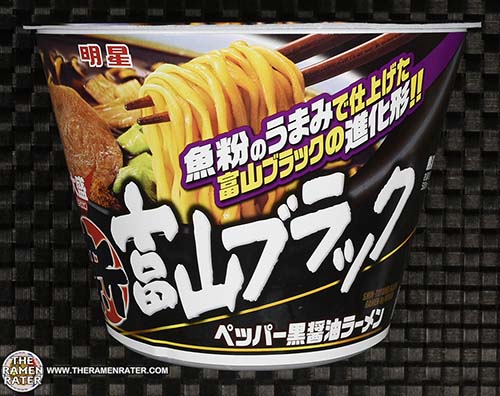 Here’s another one sent to me by Javier from Box From Japan. Box From Japan has subscriptions for all sorts of neat Japanese things. I regret to say that I was informed that they won’t be taking subscriptions for their ramen boxes for now – hopefully that will start again soon. He mentioned that you can purchase instant noodles from them here. Here’s what he had to say about this particular variety:

The Noodles: Thick, filling, deep fried noodles. The surface of the noodles glistens and they have a palatable, plump yet rm texture. The Soup: A pitch black soy sauce flavored soup. It is a recreation of the merits of Toyama Black, with savory flavors, such as fish sauce and chicken, combined with soy sauce and given a punch with black pepper. We have evolved the flavor by adding an original arrangement of sprinkled spices combining fish powder with black pepper and chili pepper. The Toppings: Roast pork, bamboo shoots, and green onions.

Only one or two of these from Javier left. Let’s check this one out!

Detail of the side panels (click to enlarge). Contains pork and fish. To prepare, add dry sachet contents to bowl and fill to line with boiling water. Let steep covered for 5 minutes. Add in liquid sachet. Stir and enjoy! 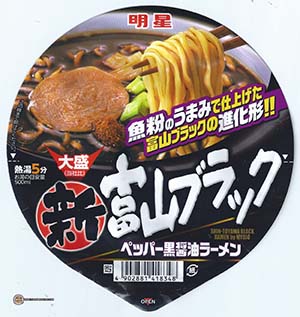 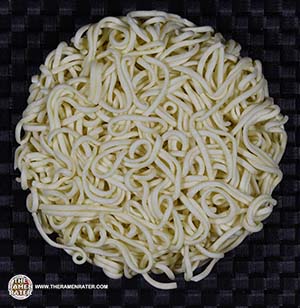 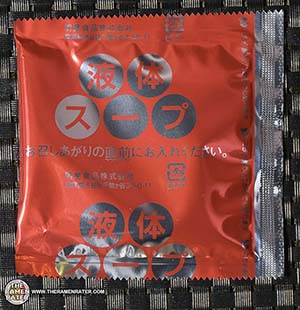 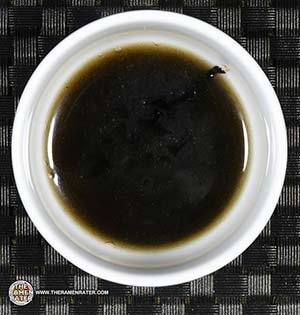 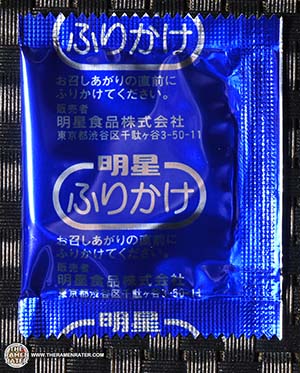 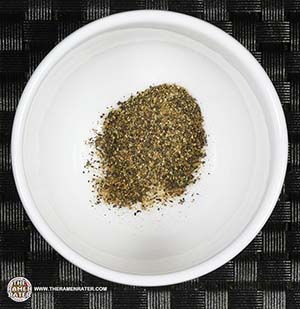 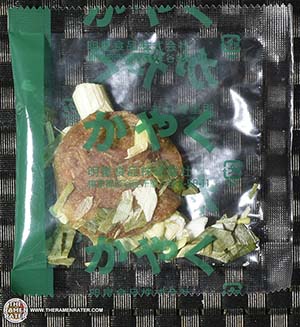 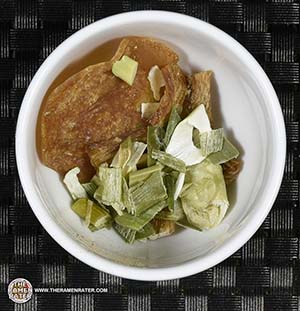 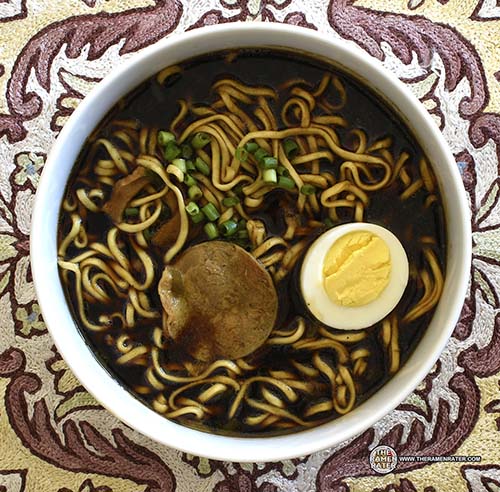 Finished (click to enlarge). Added spring onion and hard boiled egg. The noodles came out pretty well – kind of soft for the thickness of them, but they worked. The broth is definitely a murky swamp of blackness with a definitive black pepper taste and a kind of soy thing going on. The included vegetables were alright – the menma was not mushy but was slightly tough. The slice of pork seemed more like pepperoni than chashu. 3.75 out of 5.0 stars. JAN bar code 4902881418348.

A TV spot for Myojo’s Yakisoba