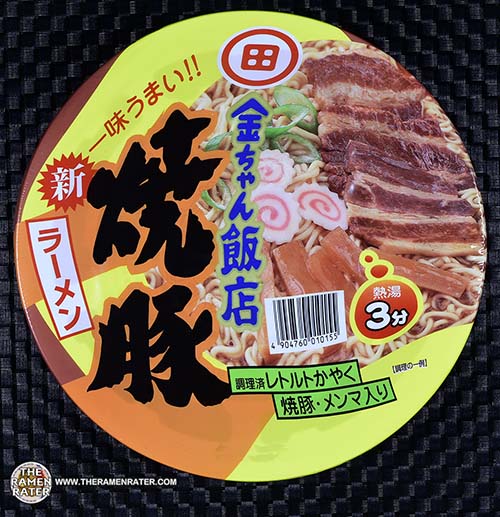 Here’s another one from Wesley N. He sent a box in mid December that arrived mid February from Japan – we’d thought it might have been lost, but it showed up – and in immaculate condition! Thank you again!Tokushima prefecture is on Shikoku island in Japan, and these varieties from Tokushima Seifun aren’t widely known and very localized. Seifun literally means ‘manufactured powder,’ referring to the flour mill. This looks exceptionally good! Let’s have a look!

Detail of the two side panels and the bottom (click to enlarge). Contains meat. To prepare, add the two dry sachets and fill to line with boiling water. Cover and let steep for 3 minutes, leaving large sachet on top. Stir. Add contents of large sachet. Enjoy! 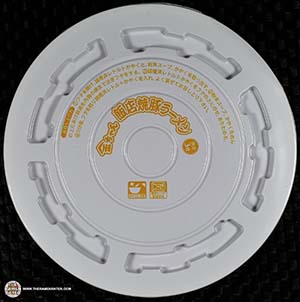 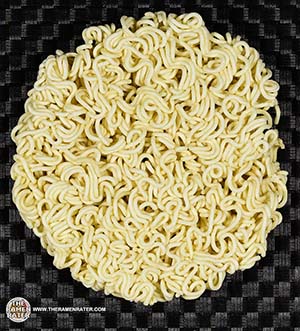 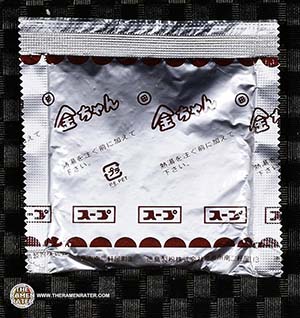 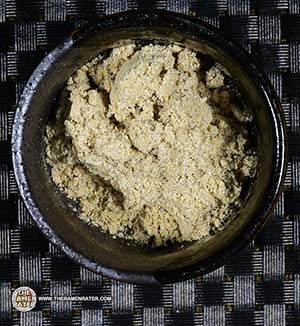 Has a nice sweet scent. 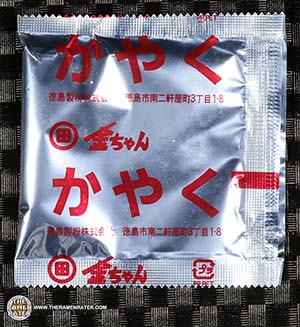 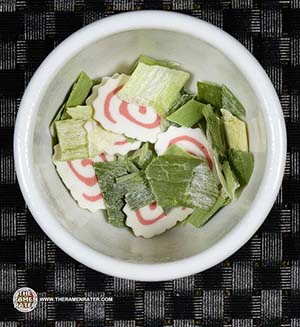 Wow – that’s a LOT of narutomaki! 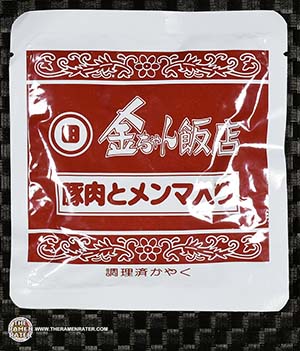 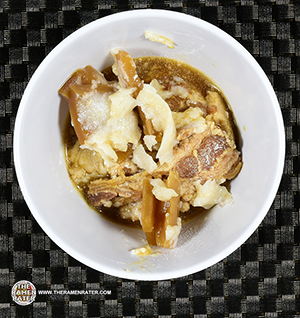 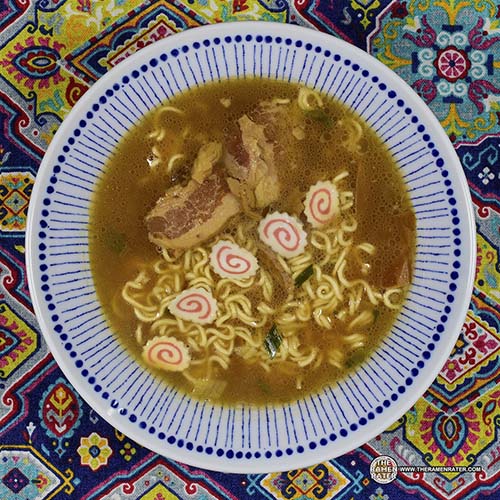 Finished (click to enlarge). Added nothing. The noodles have a good gauge; they’re a little thick and have a nice chewiness to them. The broth has a nice saltiness and soy flavor with just a little touch of sweetness. The pork flavor finds it’s way into the broth as well which is spectacular. The pork has a nice sweetness and ‘fall off the bone’ texture to it which is pure delicacy. The army of decent sized slices of narutomaki were amazing, and the spring onion and bamboo shoot were perfect. A bowl of amazing taste and quality. 5.0 out of 5.0 stars.  JAN bar code 4904760010155.