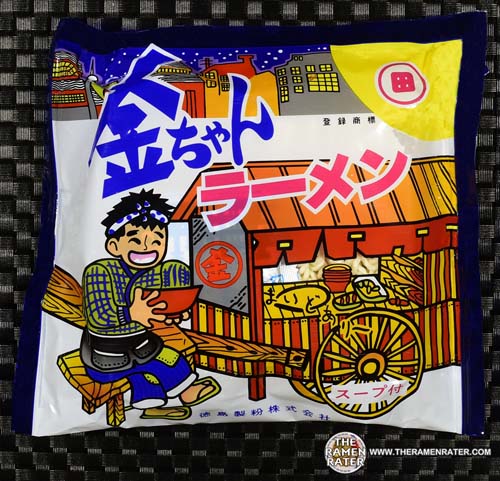 This is the first I’ll be reviewing from Wesley N. He sent a box in mid December that arrived mid February from Japan – we’d thought it might have been lost, but it showed up – and in immaculate condition! Thank you again!Tokushima prefecture is on Shikoku island in Japan, and these varieties from Tokushima Seifun aren’t widely known and very localized. Seifun literally means ‘manufactured powder,’ referring to the flour mill. Wesley let me know that this is Tokushima Seifun’s very first product. Let’s have a look at this exotic regional instant noodle from Japan! 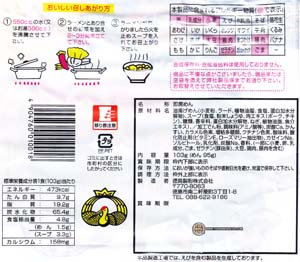 Here’s the back of the package (click to enlarge). Unsure whether it contains meat or not. To prepare, add noodle block to 550ml boiling water and cook 2-3 minutes. Add in contents of sachet. Stir and enjoy! 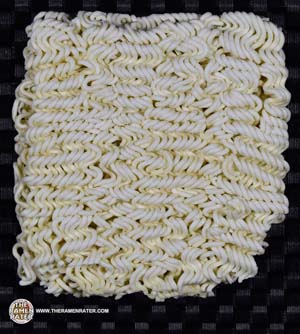 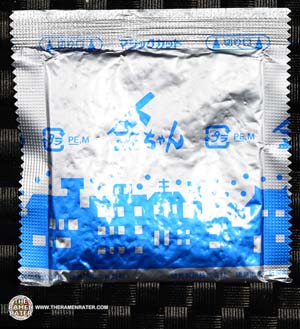 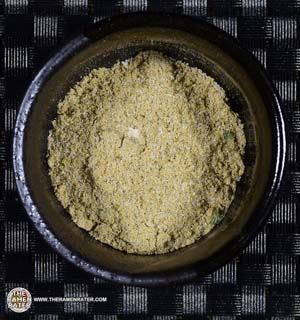 Has kind of a sweet soy scent. 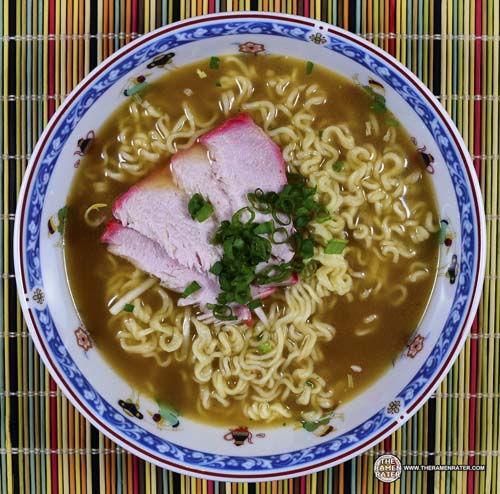 Finished (click to enlarge). Added Salad Cosmo mung bean sprouts, barbecue pork and spring onion. The noodles have a very nice gauge and are very hearty. Nice chew, good mouthfeel. The broth has a good soy taste to it and a light oiliness. This is primo stuff! 4.5 out of 5.0 stars. JAN bar code 4904760010018.