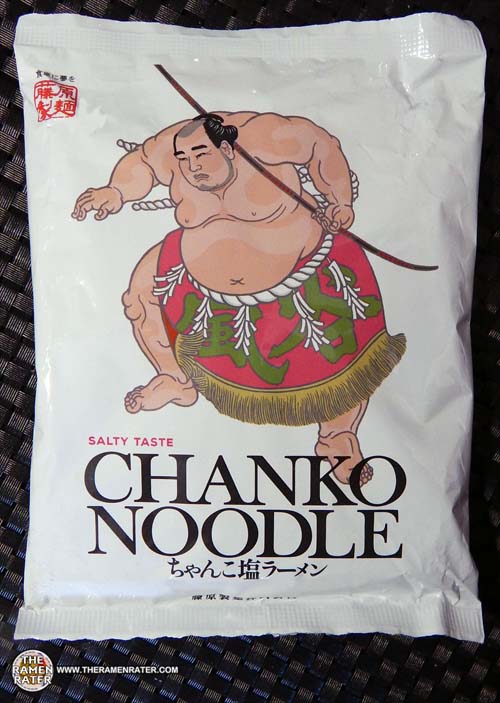 This one came from Shinichi over at Ramen Mania, a new monthly subscription box you can check out! They have special regional Japanese ramen varieties – good stuff so far! Thanks! So today it’s a very interesting looking shio variety! What’s shio? Here’s what wikipedia has to say: 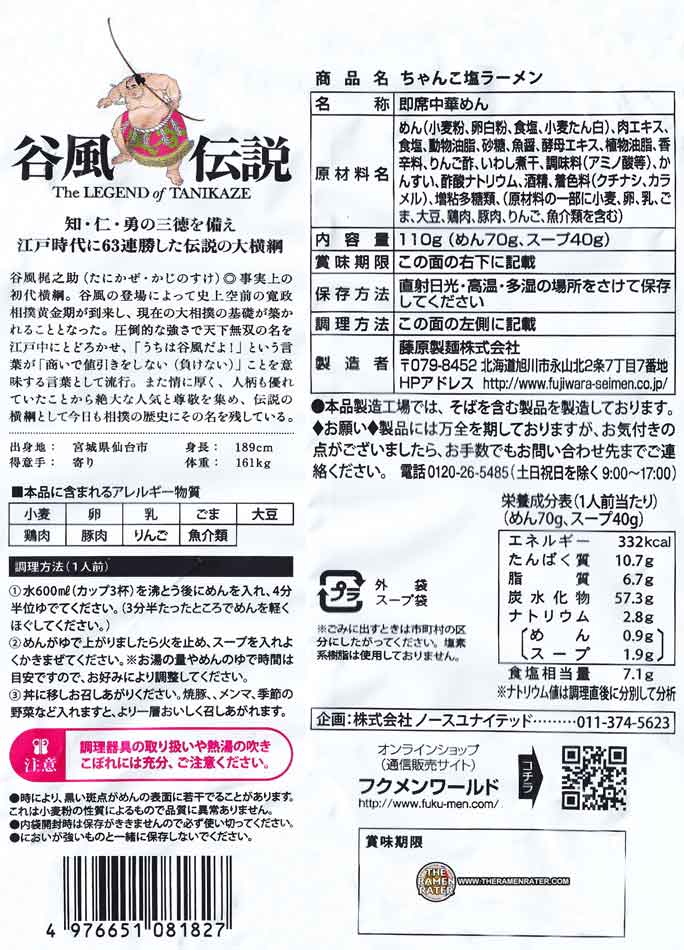 Here’s the back of the package (click image to enlarge). Unsure whether it contains meat. To prepare, boil 600ml water. Add noodles and cook for 4 minutes, stirring at 3 minutes. Add in sachet contents. Stir and enjoy! 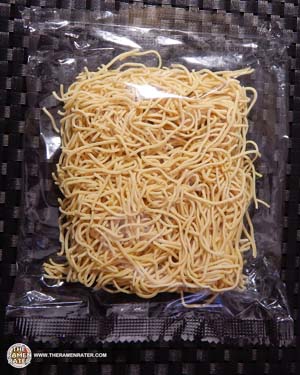 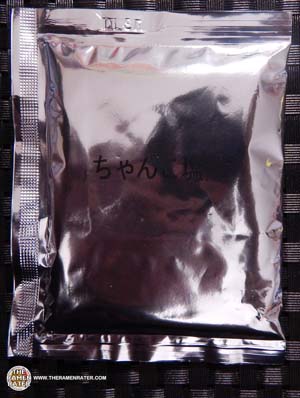 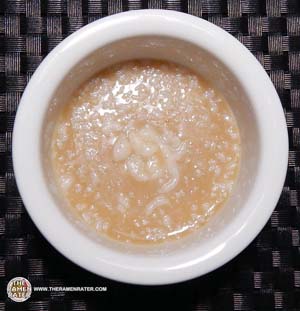 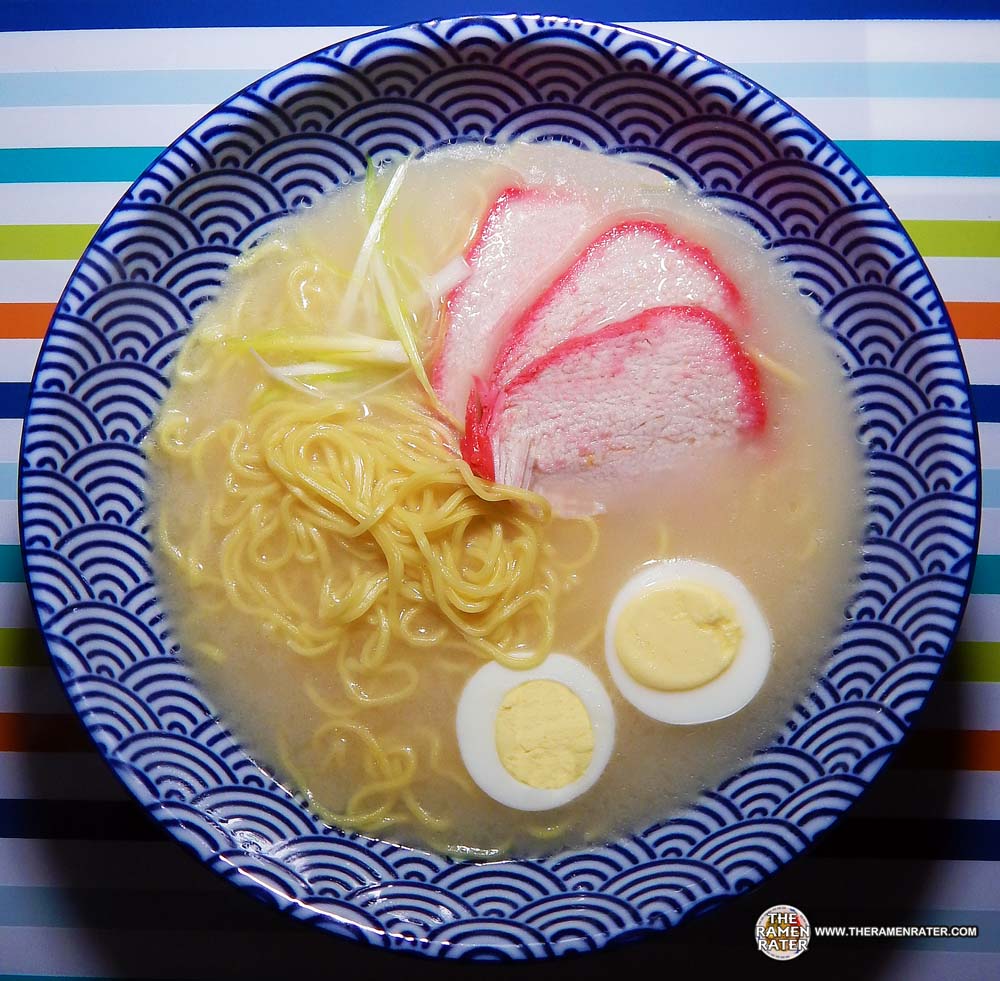 Finished (click image to enlarge). Added hard boiled egg, sliced spring onion and barbecue pork. The noodles are sturdy and thin. They have a nice and premium chewiness to them. The broth is rich and tasty – lots of depth. Milky and good! 4.75 out of 5.0 stars. JAN bar code 4976651081827.