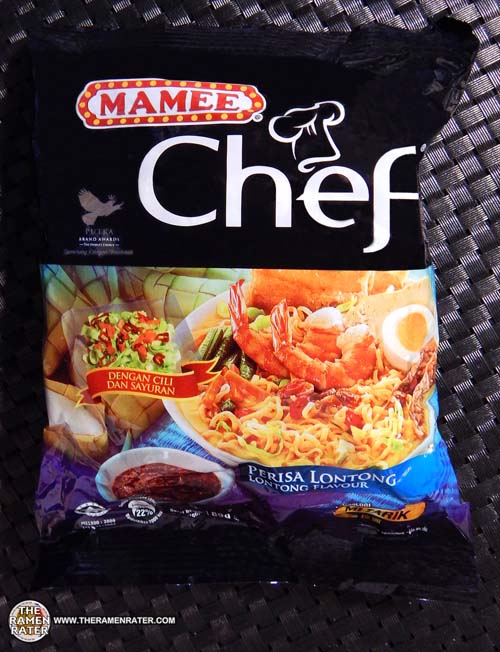 Close to 50 reviews ago I checked out Mamee Chef’s Longtong Flavour cup version and today I thought it was a good time to try their pack version. I would say that generally, I like packs better than cups. To me, a noodle that’s boiled for a little while tastes better than steeped. Of course there are exception out there, but it generally seems that way.Today is the first review since my wife and I got back from the hospital when my son was born. I uusally am quite a few reviews ahead of the game. 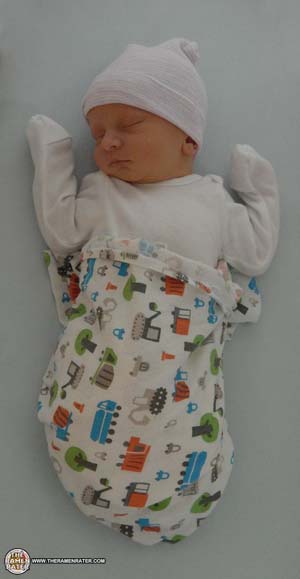 He’s about exactly 3 days old in this picture I just took. I’m amazed how powerful this little guy we named Miles is; seven and a half pounds of amazingness. Yeah, I think I could go on about Miles about as much as I could go on about noodles, except when I talk about him I just keep saying the words ‘cute’ and ‘perfect’ and ‘amazing’ alot. Anyways, he’s all of those things! Back to the lontong!

So I was kind of surprised that Wikipedia was a little short on info about lontong so I want to share how it’s described by Mamee Chef:

Lontong is a popular dish among Malays, made of compressed rice cake wrapped inside a banana leaf found in Indonesia, Malaysia and Singapore. It is commonly called nasi himpit (“pressed rice”) that goes with a coconut based soup. The dish is more like a vegetable stew with chopped cabbage, turnip and carrots. It is one of the Muslims’ favourite traditional Raya dish that comes with a variety of cooking style namely Lontong Johor, Lontong Lodeh, Lontong Sotong and so forth. The overall taste of lontong is bland and neutral, it depends on other ingredients to give taste through spices and sauces. They include things such as fried tempeh, fried tofu, boiled eggs, dried cuttlefish sambal, fried spicy shredded coconut (serunding kelapa), fried chicken etc.

Let’s have a look! 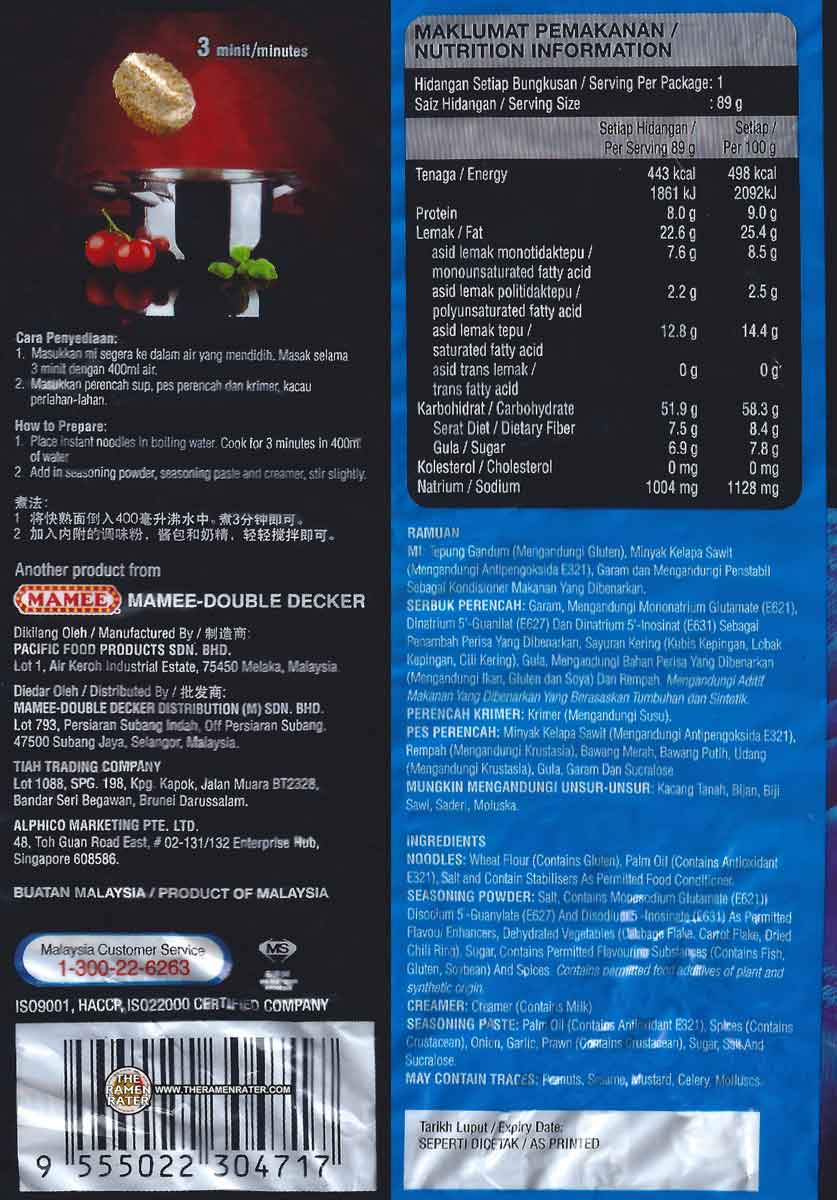 Here’s the back of the package (click image to enlarge). Contains crustacean. To prepare, add noodle block to 400ml boiling water and cook 3 minutes. Add in contents of sachets and stir well. Enjoy! 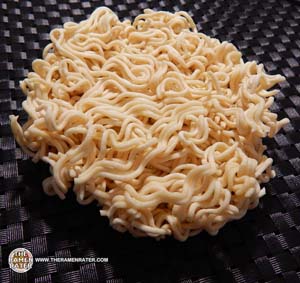 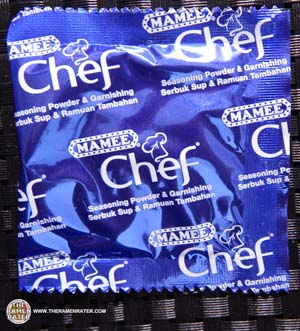 A light powder with bits in there. 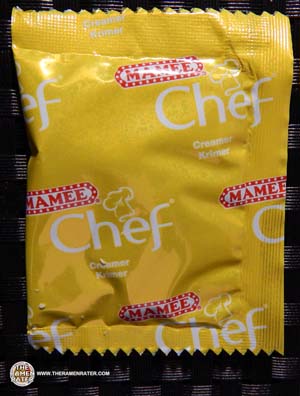 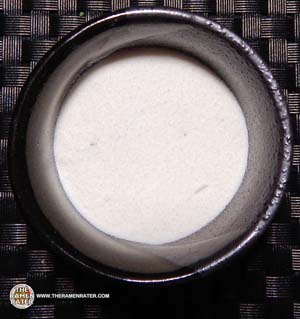 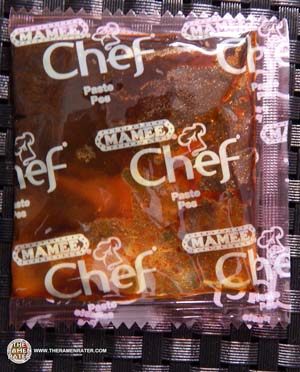 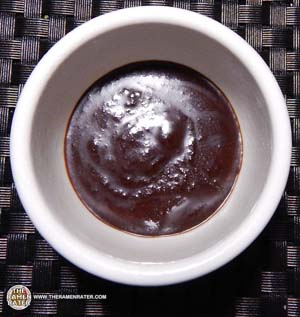 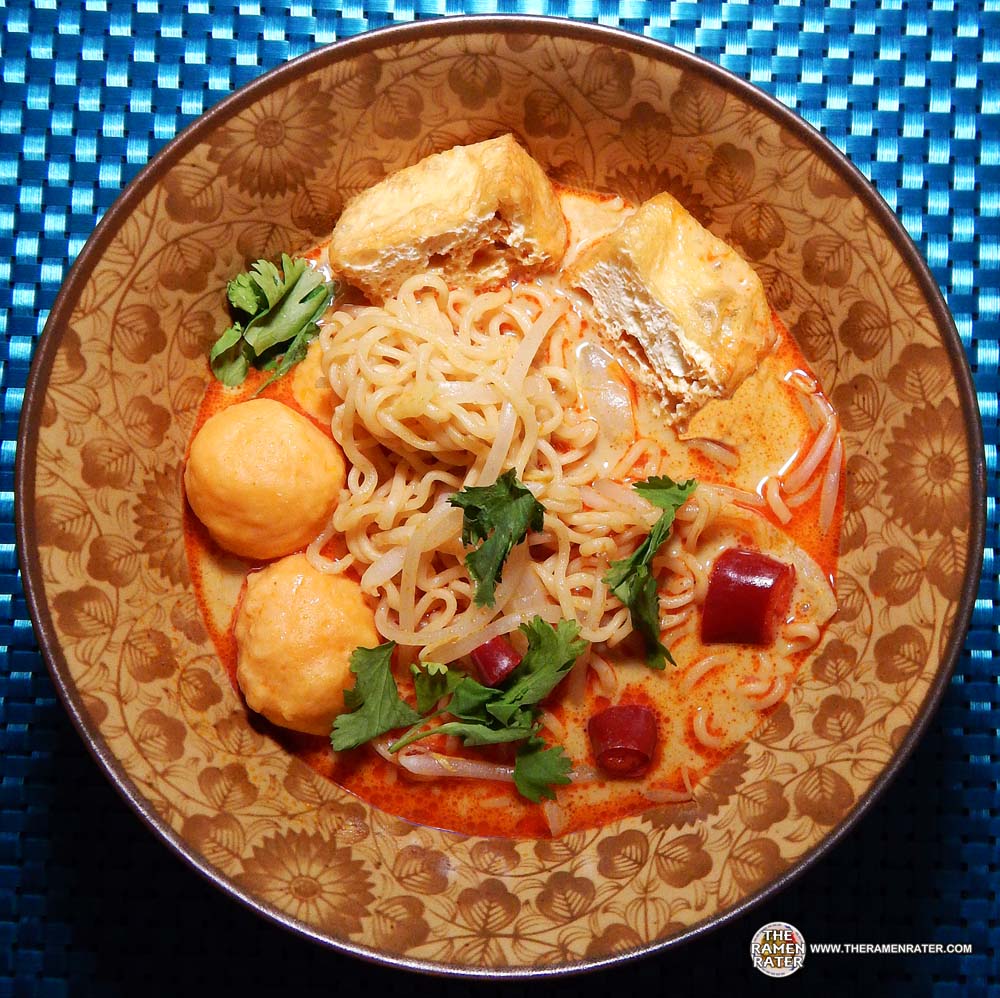 Finished (click image to enlarge). Added Fresno chilli peppers, coriander, mung bean sprouts, Dodo shrimp and fish balls and white onion. The noodles have that great Mamee Cheff texture to them – rounded and a good chew. The broth is really fascinating; has a nice heat that starts at the front of your mouth and then creeps back slowly to your throat and hangs out there. It’s got a nice creamy complexion and a strong flavor. What’s also neat are the tiny little cili padi rings that abound. 5.0 out of 5.0 stars. EAN bar code 9555022304731.