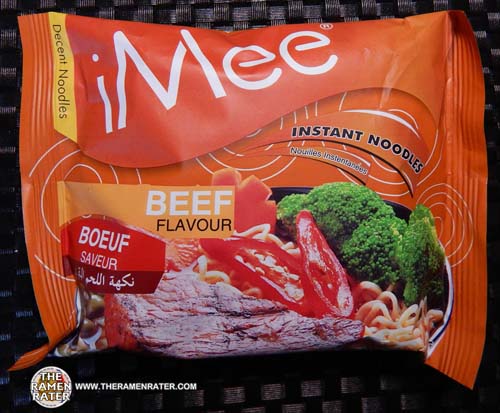 Here’s another one that was sent to me by James B. from The Netherlands – thanks! So this one is made in Thailand but definitely for the Dutch market. It’s an interesting one for sure – seen them online for a few years but never been able to get my hands on any – until now! I like how it says ‘decent noodles’ next to where it says iMee – as opposed to indecent noodles! Let’s check ’em out! 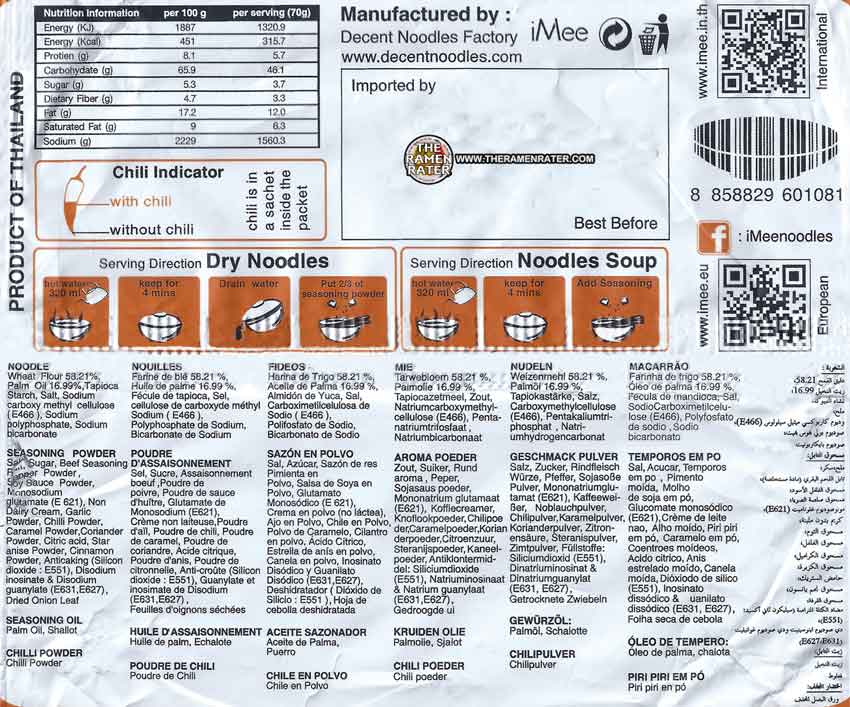 Here’s the back of the package (click image to enlarge). Looks to be meat free but check for yourself. To prepare, add noodles and seasonings to a bowl. Add in 320ml boiling water and cover for 3 minutes. Stir and enjoy! 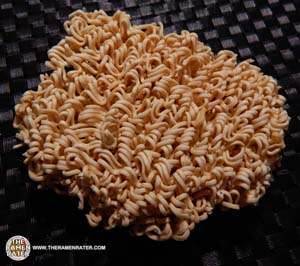 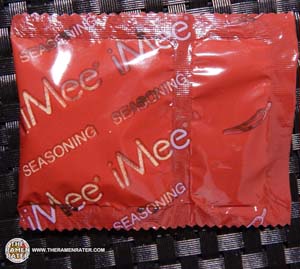 The dry seasoning dual sachet – soup base on left and chilli powder on right. 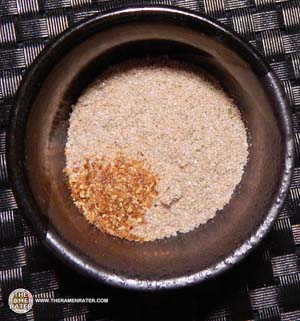 The chilli powder atop the soup base. 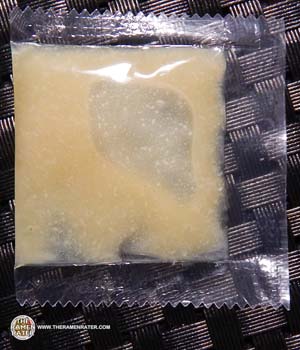 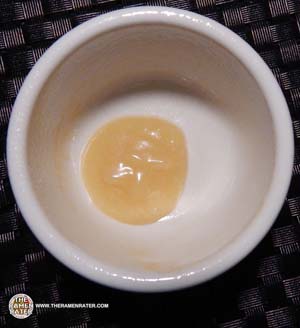 Has a kind of onion and garlic scent. 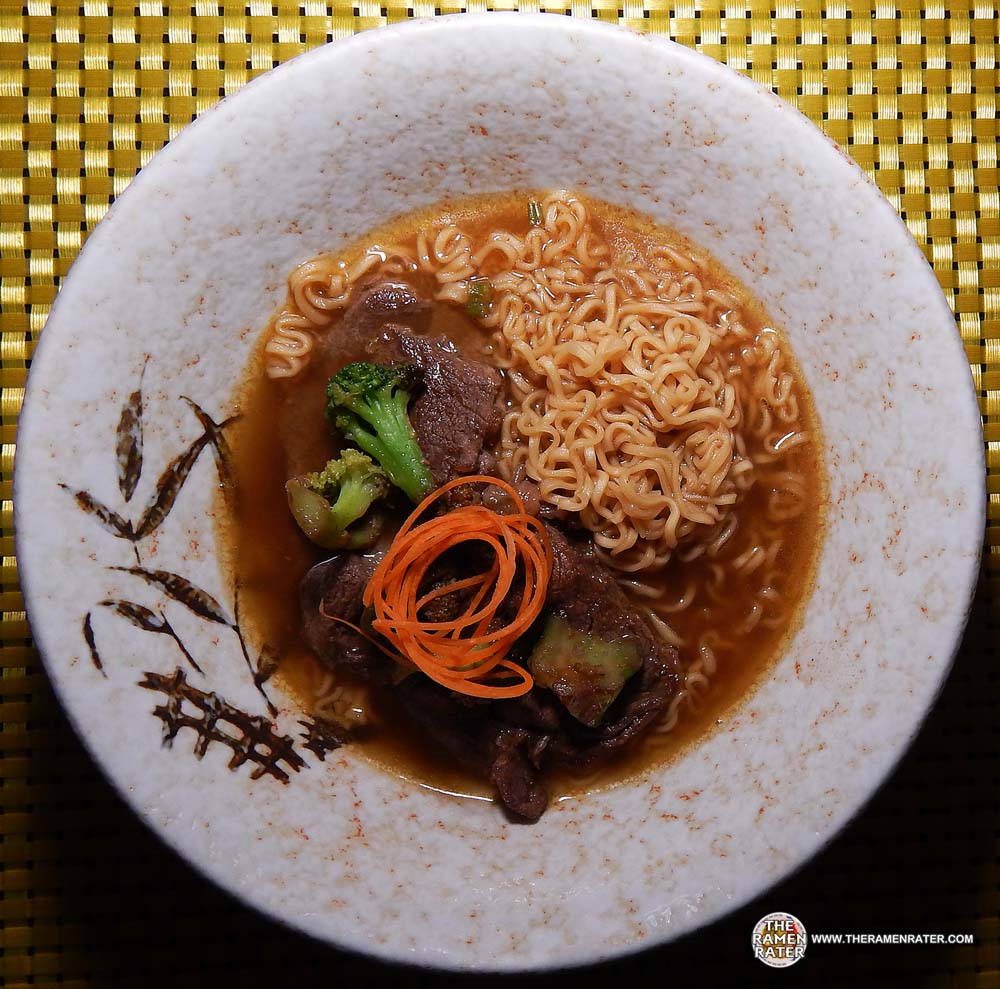 Finished (click image to enlarge). Added sauteed beef and broccoli and some thin sliced carrot. The noodles are thin and have a slight crumble, kind of a standard for Thai varieties. The broth was a tad on the salty side, however had a nice beef flavor. 3.25 out of 5.0 stars. EAN bar code 8858829601081.

An advert for iMee.