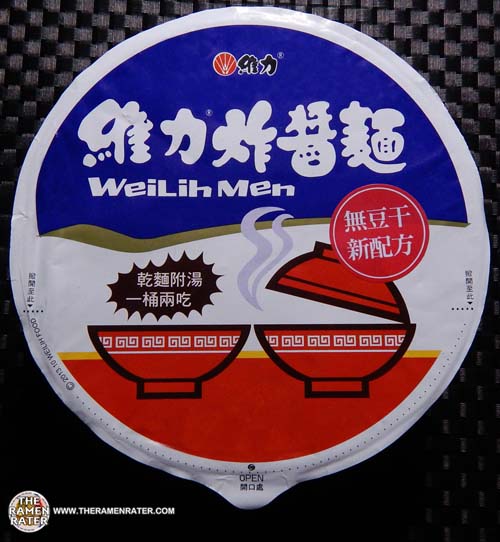 Well lookie what we have here. This is the ubiquitous Taiwanese Wei Lih Men bowl. In fact, it’s two bowls. Let me demonstrate.

This is the first time I’ve ever seen a dual bowl before, and as far as I know, the only instance of this in existence. What I like is that I’m probably wrong and someone will clue me in on it and I might be able to get my hands on some more of these! Anyways, let’s check this classic Taiwanese bowl out!

Detail of the side panels (click image to enlarge). Looks to be meat free but check for yourself. To prepare, open lid halfway and take out fork and sachets. Add boiling water (it doesn’t say how much, so I went with 400ml which is the same as the pack version. Cover and steep for 3 minutes. Poke holes in the lid and use as a drain spout and pour into second bowl. Add paste sachet to drained noodles and stir well. Add silver sachet to drained water and stir well. Enjoy! 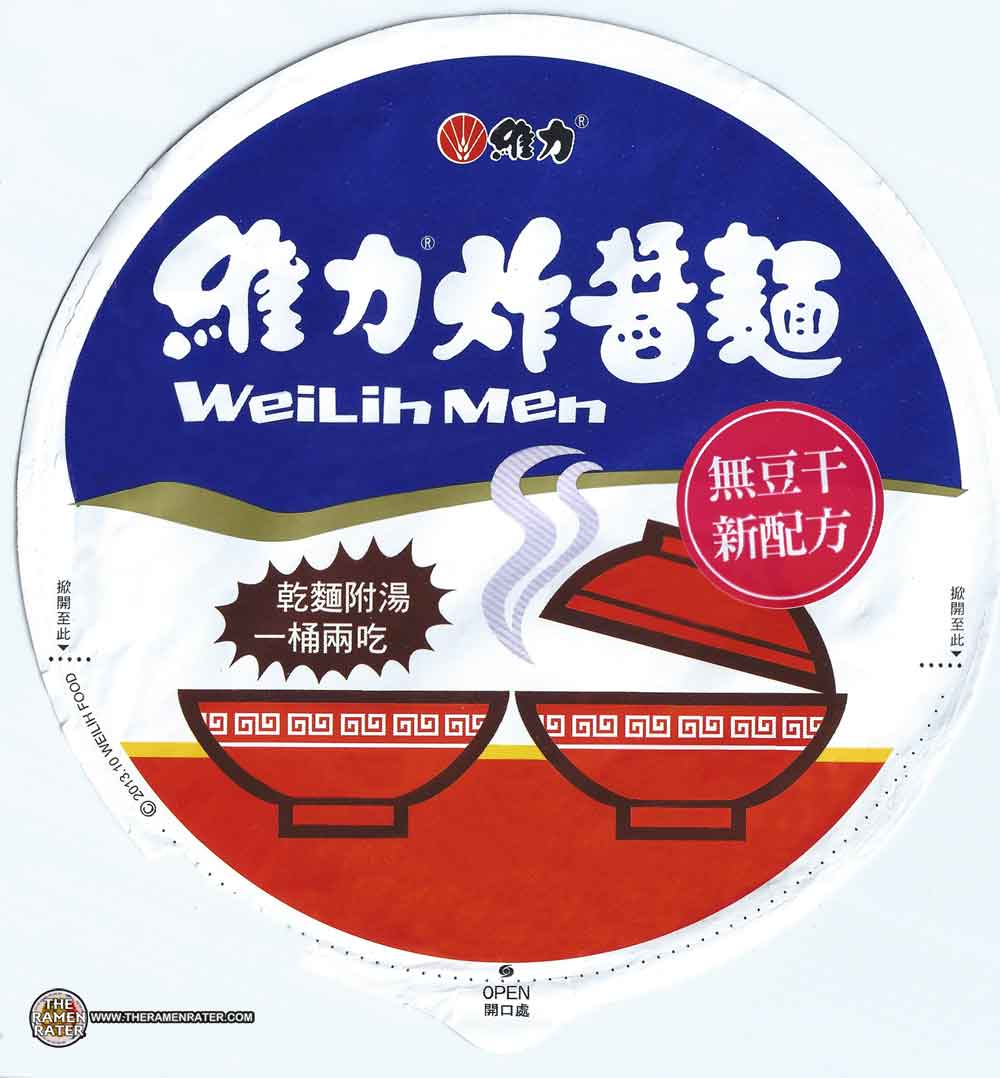 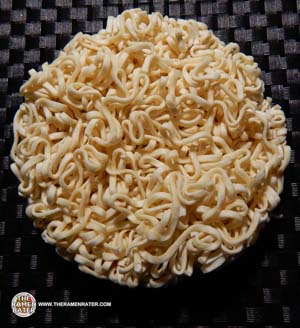 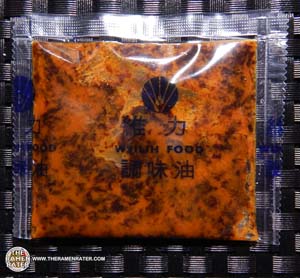 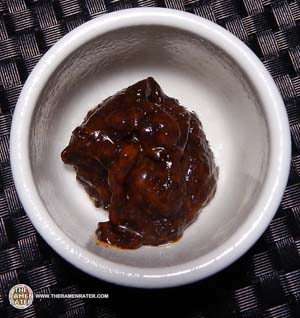 Has a spicy soybean scent. 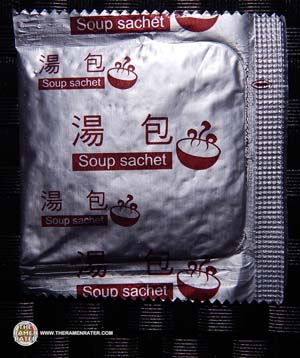 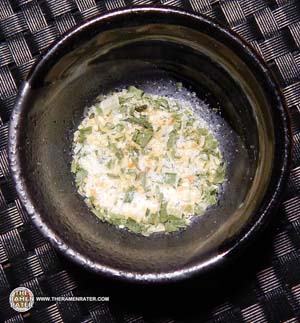 Has a onion and garlic scent. 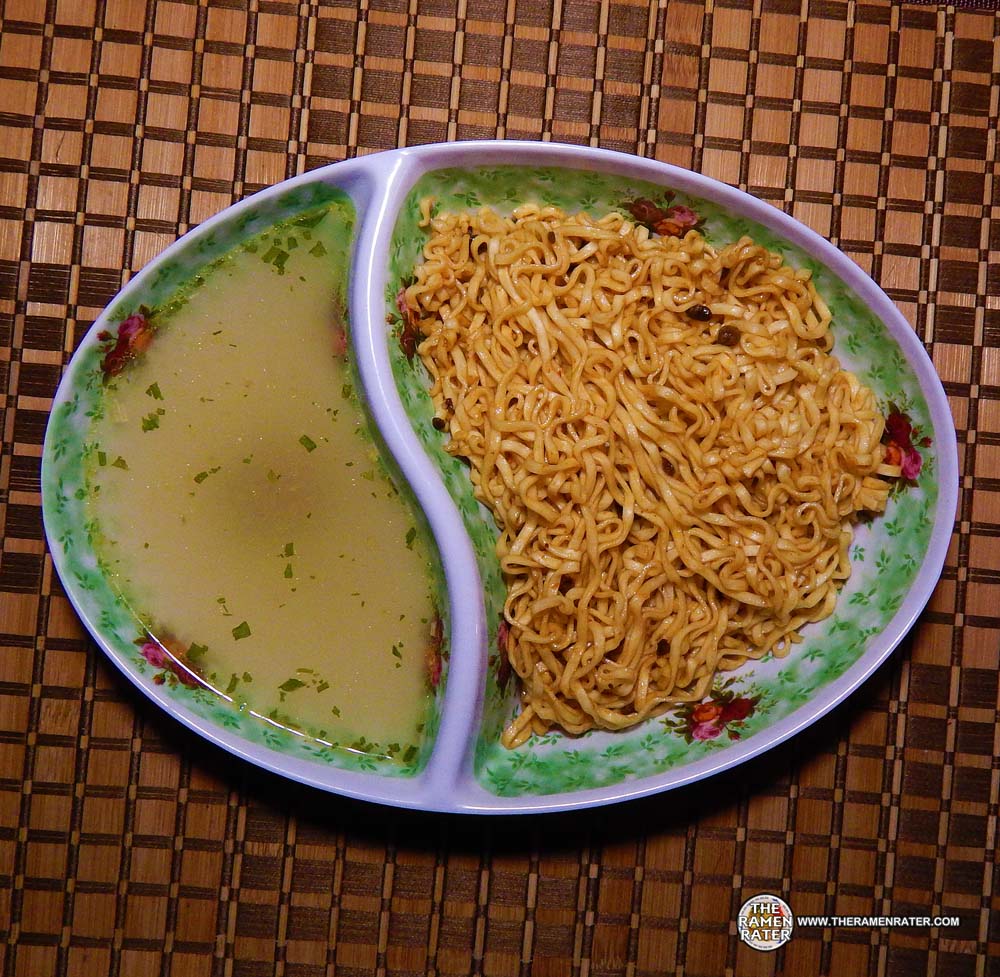 Finished (click image to enlarge). The noodles have a very nice gauge and chew. The
flavor of the noodle is a soybean paste with a very nice kick to it. The broth for
sipping has a salty, onion-garlic kind of feel but a little different. It works
so well together; either one on it’s own would be unremarkable, but the two in tandem as a meal is genius. 5.0 out of 5.0 stars. EAN bar code 4710199010372.