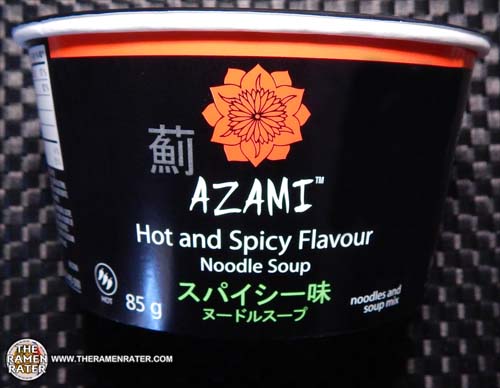 Here’s one I got from Justin M. from Winfield, BC up north of here in Canada! Thanks! Let’s see here: the instant noodle was invented in Japan. This one is sold in Canada under the name Azami and sold by Loblaw’s, a supermarket chain. It’s manufactured in China. I’ve been hoping one of these Azami varieties would really blow me away; hot and spicy is a flavor profile I generally like a lot – let’s see how it fares!

Detail of the side panels (click image to enlarge). Looks to be meat free but check for yourself. To prepare, add in contents of sachet and 350ml boiling water. Cover and let steep for 3 minutes. Stir and enjoy! 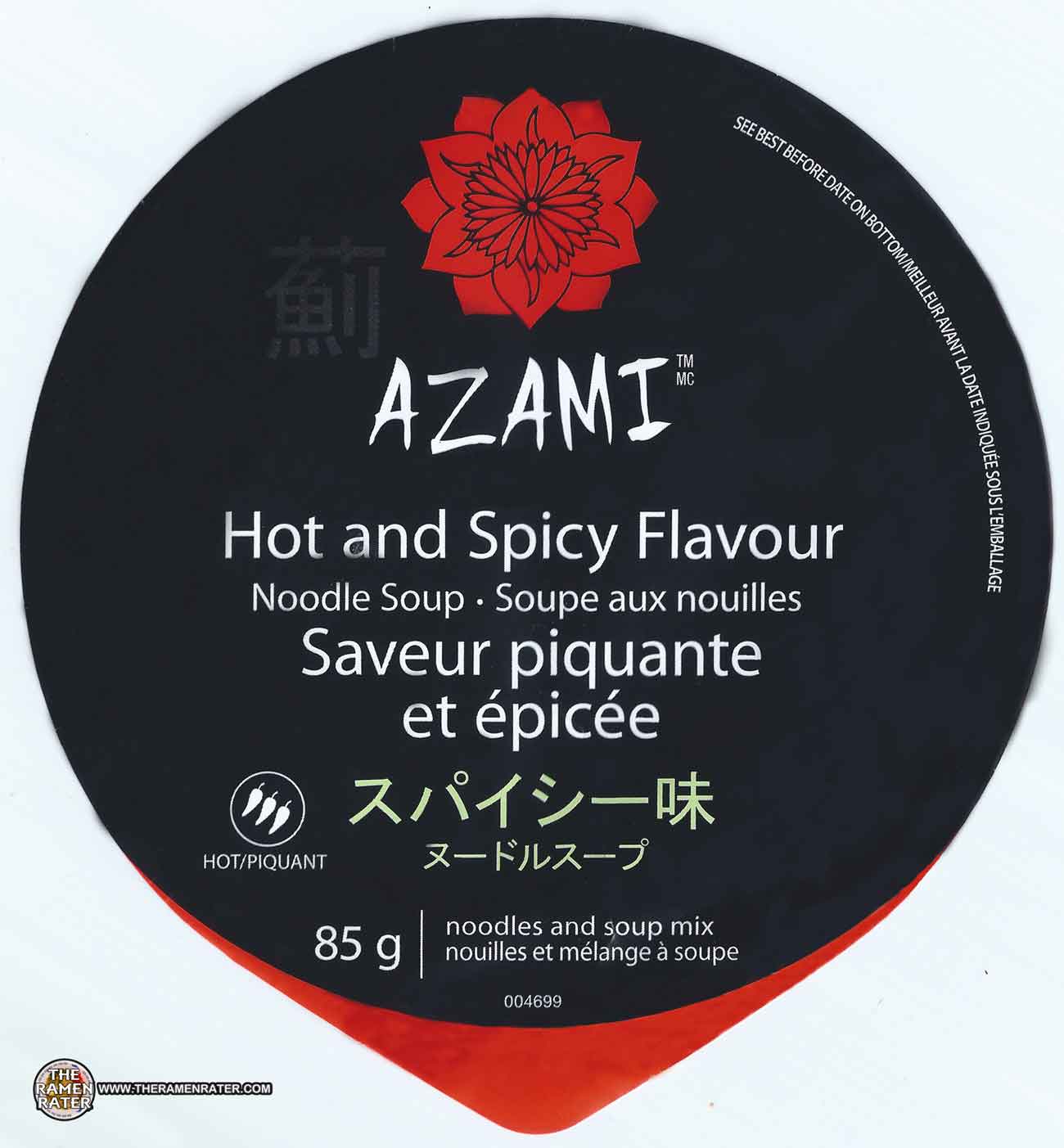 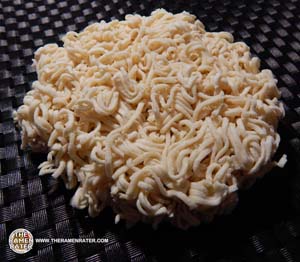 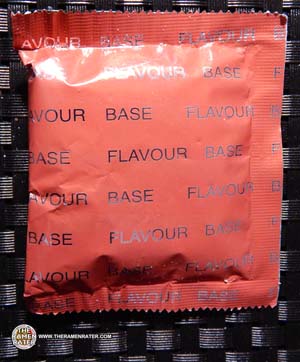 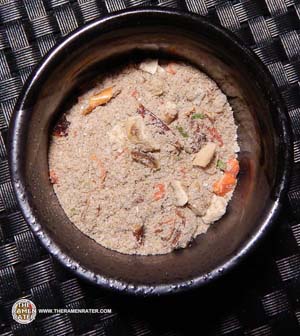 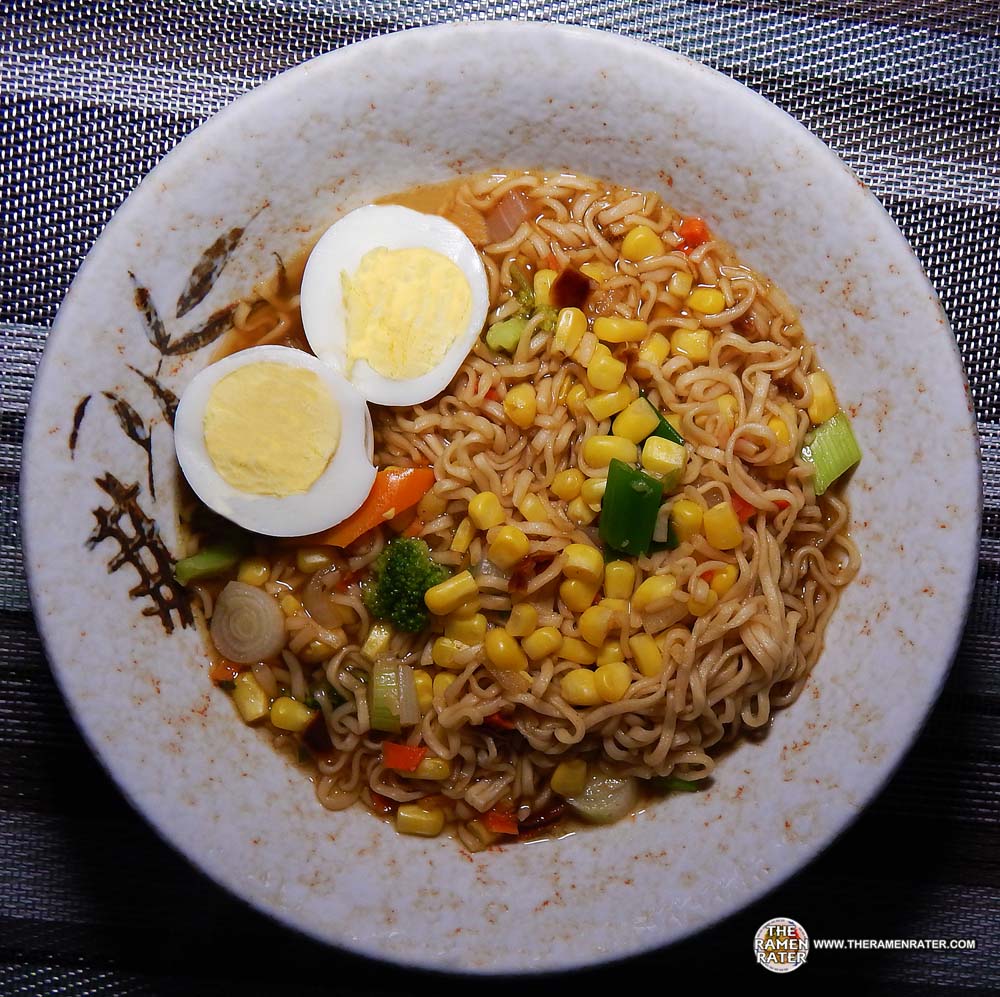 Finished (click image to enlarge). Added hard boiled egg, white onion, scallions, corn, orange bell pepper and broccoli florets. The noodles are definitely plentiful. They hydrated pretty well and had a slightly mushy texture, although it worked well enough with the broth. Much to my chagrin, the broth has a spicy taste – not anything super spicy, but it’s there. The flavor is kind of a salty and beef-like affair. This was one of the better Canadian instant noodles! 3.5 out of 5.0 stars. UPC bar code 057197990317.