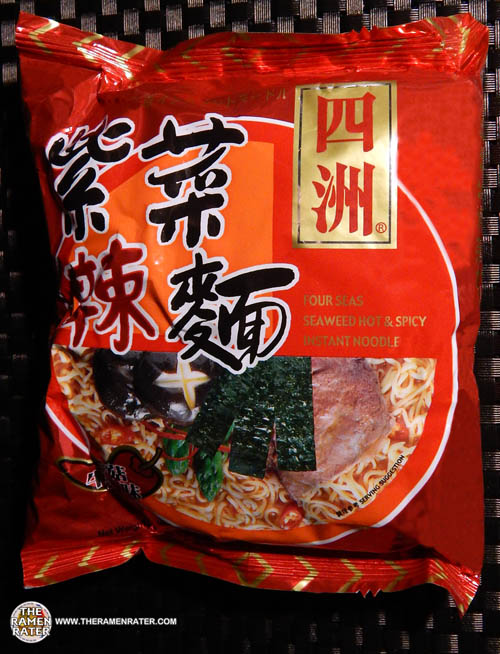 Here’s yet another one from a trip to Canada. This company is particularly interesting – they always include a big sachet of seaweed in their packs and bowls of instant noodles. What’s more, their bowl have two noodle blocks instead of just one – they sport some of the largest instant noodle meals I’ve ever seen! This one’s mushroom and beef flavored hot and spicy – which you find out by reading the back of the packaging. Anyways, sounds like an interesting one – let’s give it a try! 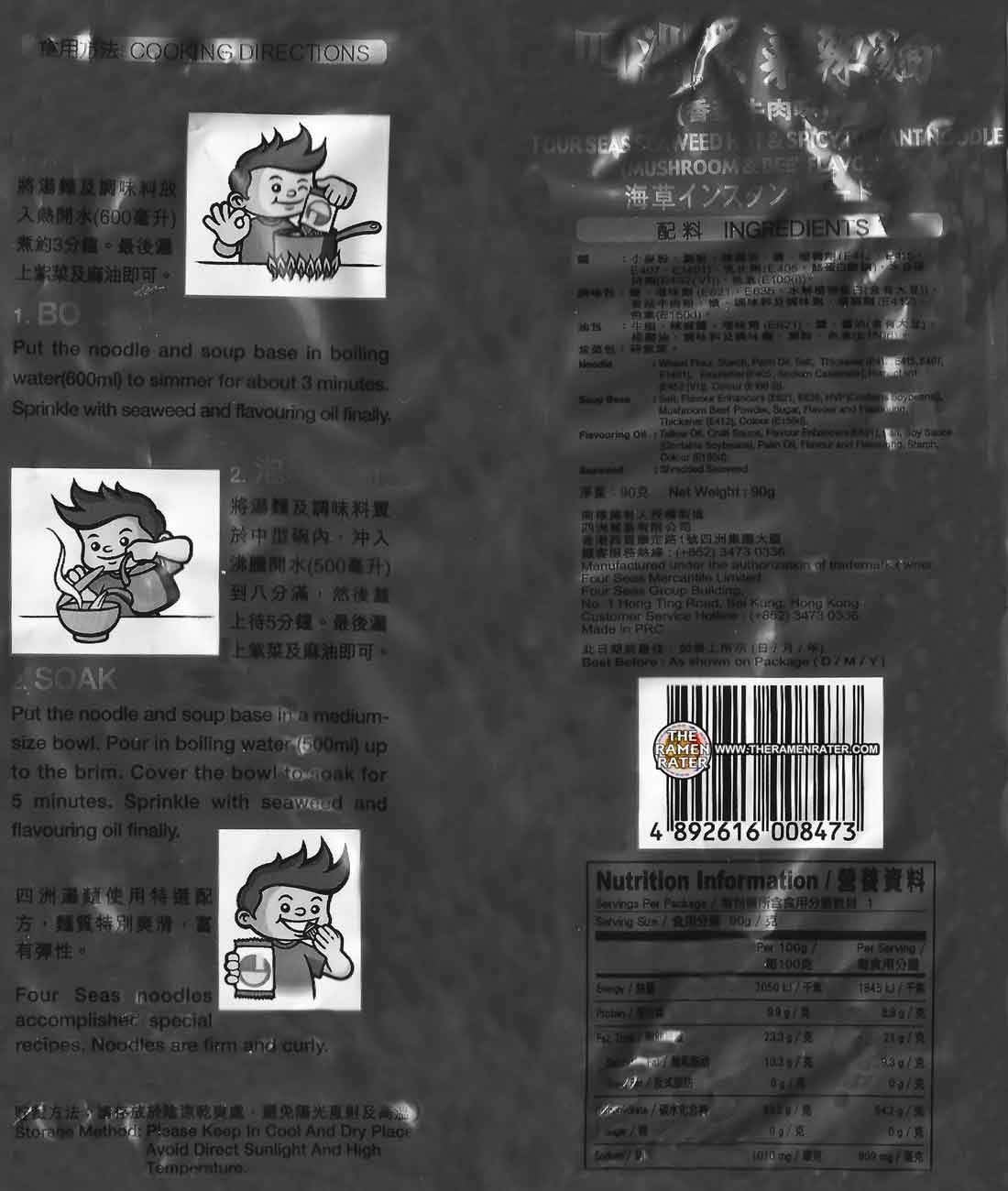 Here’s the back of the package (click image to enlarge). I removed the color for readability. Looks to contain beef. To prepare, boil 600ml water and add noodle block as well as sachet contents. Cook for 3 minutes. Add seaweed and enjoy! 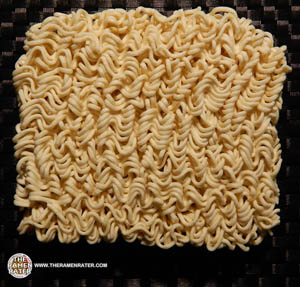 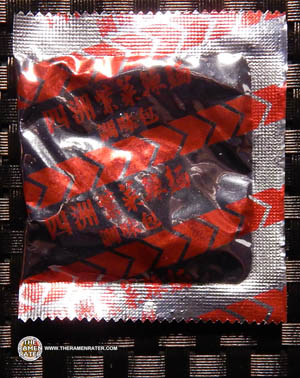 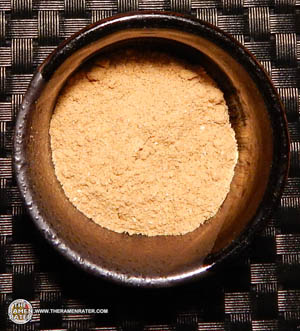 Definitely has a kind of mushroom and beef scent. 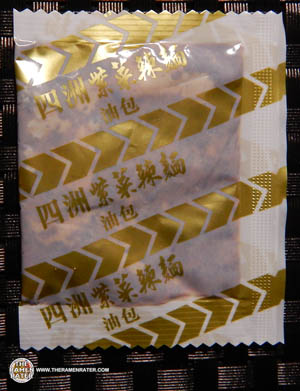 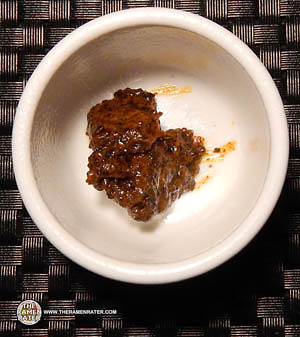 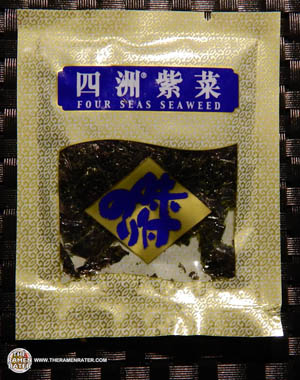 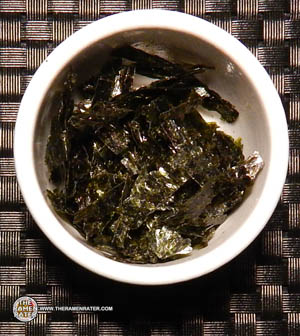 That’s quite a bit of seaweed! 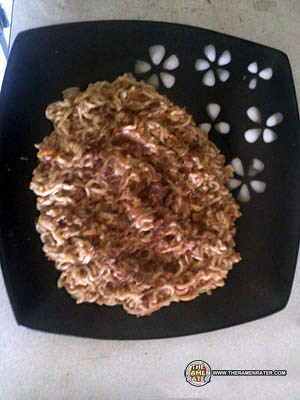 My pal Matt B. sent me a pic of some noodles he made today with his cellphone. They’re prawn noodles and he cooked them so long the broth literally cooked off! Curious how that came out… He’s sent me some interesting ones over the years – once a picture of an instant noodle block that he fried – I believe in bacon grease. That reminds me of a story. About 15 years ago or so, we used to hang out and make this stuff called Glomar. Basically it was saltine crackers, butter and bacon, but like Chex Mix in the microwave. What was insane was after eating a handful of the stuff it had so much fat and salt in it that I felt like I was going to pass out. 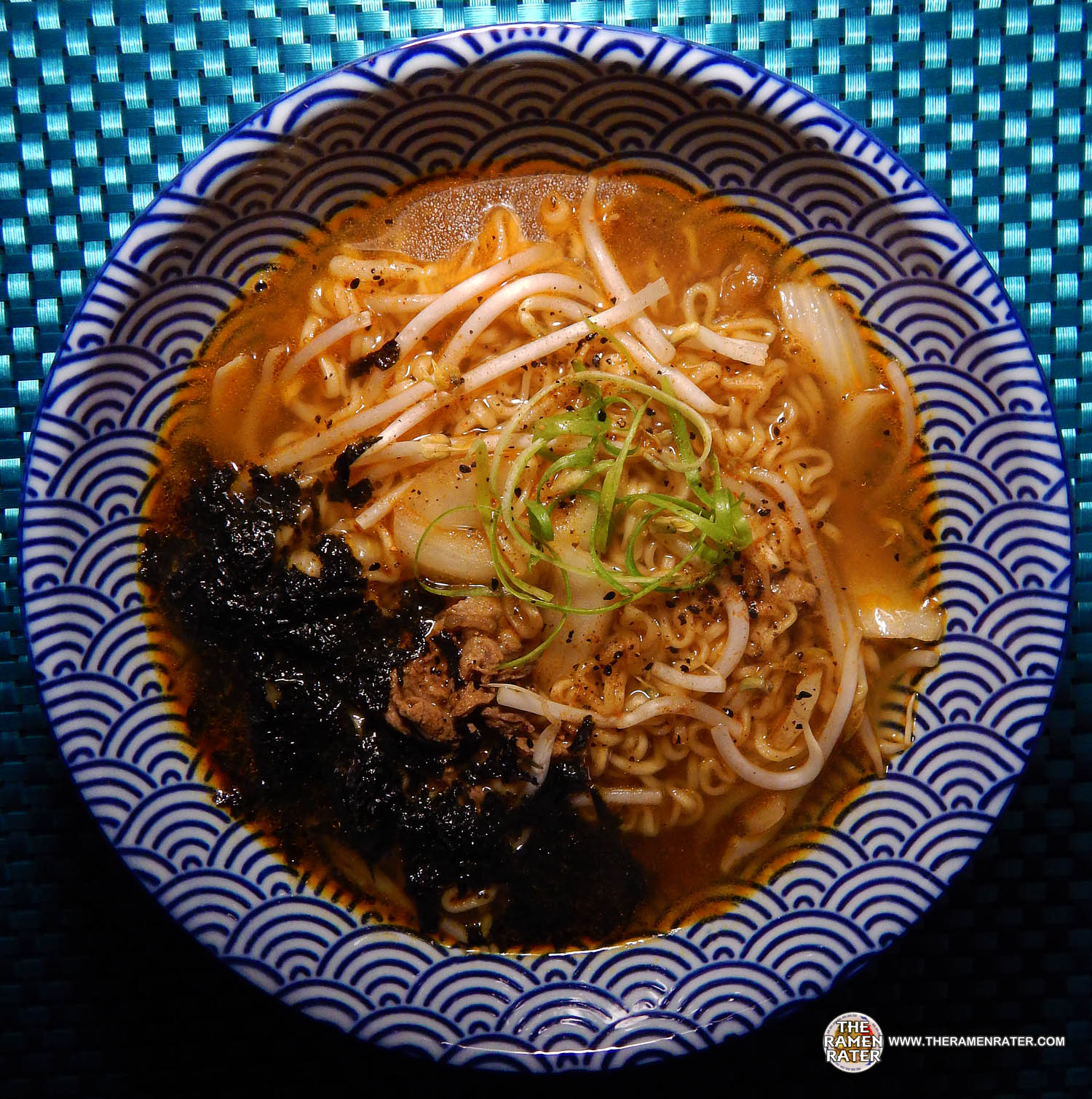 Finished (click image to enlarge). Added sweet onion, sliced green onion, thin sliced beef, mung bean sprouts and Jane’s Krazy Mixed Up Pepper seasoning. The noodles were pretty good – nice gauge and a good mouthfeel. The slight crumble gave them a kind of nice texture with the broth. The broth has a definite spicy beef flavor and then the mushroom flavor which is kind of in the background and very good. As for the seaweed, it really complimented things quite a bit and made for a fitting garnish. I’m impressed with this one – 4.0 out of 5.0 stars.EAN bar code 4892616008473.

A book of images showing over 200 varieties of seaweed.