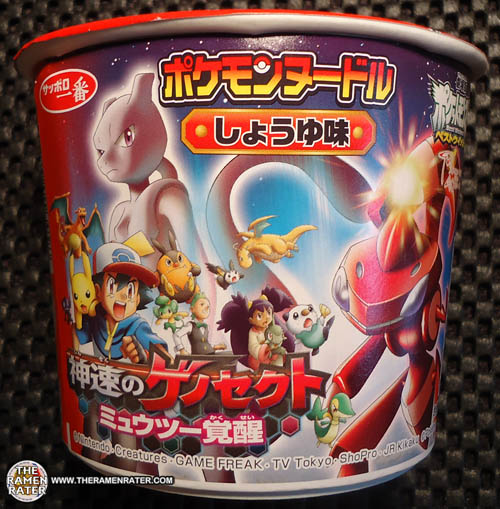 Here’s another one from the folks at Record China news in Japan – thank you! My son is a really big fan of Pokemon. He’s got every one’s name, what they evolve into and all Pokemon lore stuffed in that PokeDex brain of his! If any of you reading have kids that like Pokemon, you know of what I speak. Well, I’ve wanted to get some Pokemon noodles for him and this is the first! I know there are more out there and hopefully I’ll find them sooner or later! Let’s check it out! 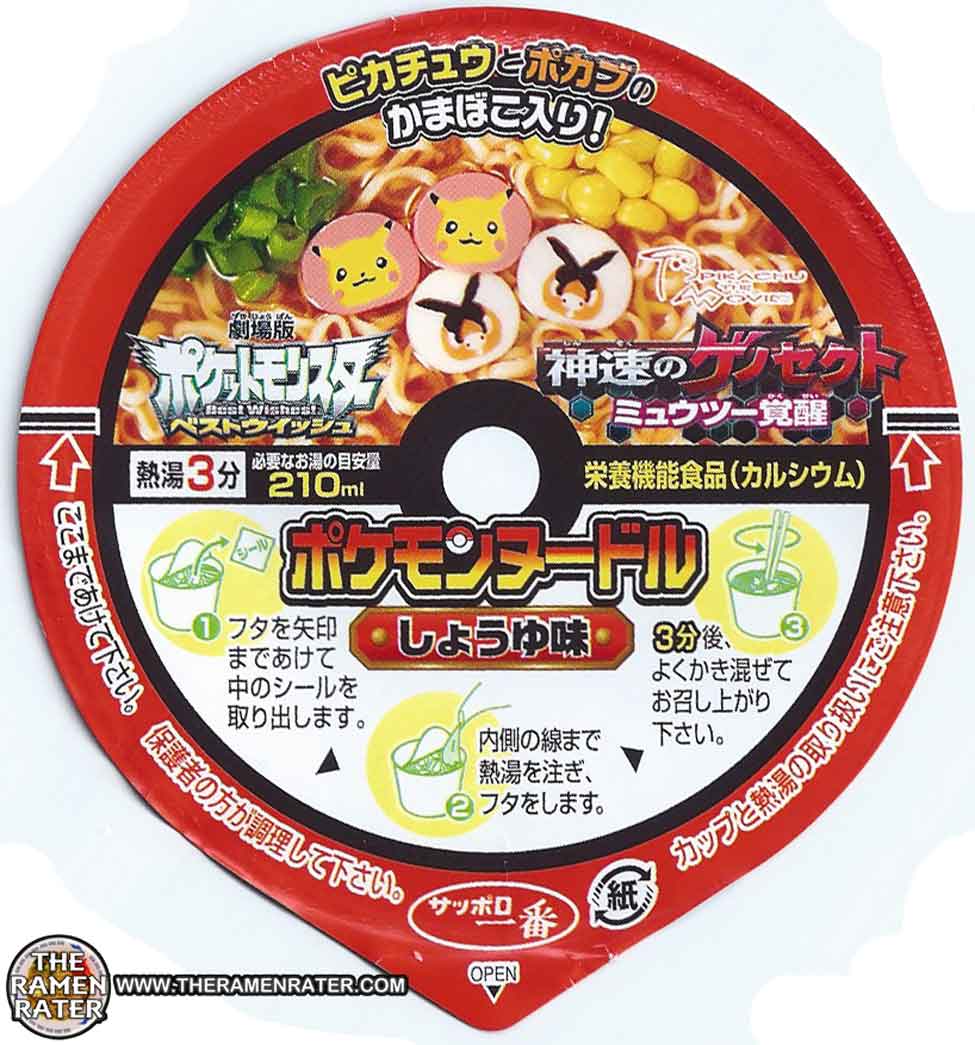 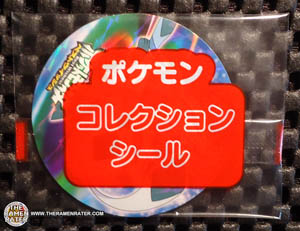 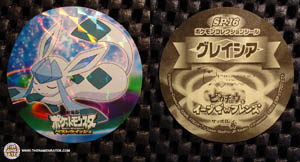 A little trading piece! Andy has informed me that the Pokemon on the front is called Glaceon, the ‘fresh snow’ Pokemon. It’s an ice type and evolves from Eevee. It’s from the Sinnoh region, but Eevee is from Kanto region. 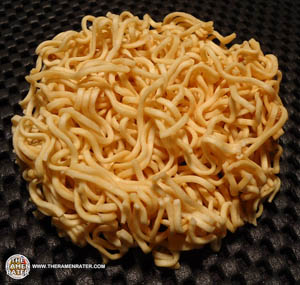 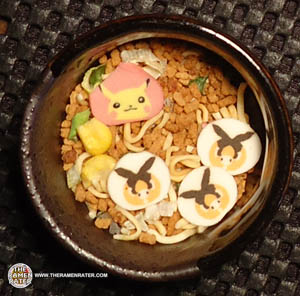 Here’s all the seasoning and solid ingredients from the bottom of the cup. Pretty rad kamaboko!

Here’s the Pokemaniac himself! Also got a neat little Pokemon bowl from the Record China folks – it’s smaller than expected but it’s definitely fun! 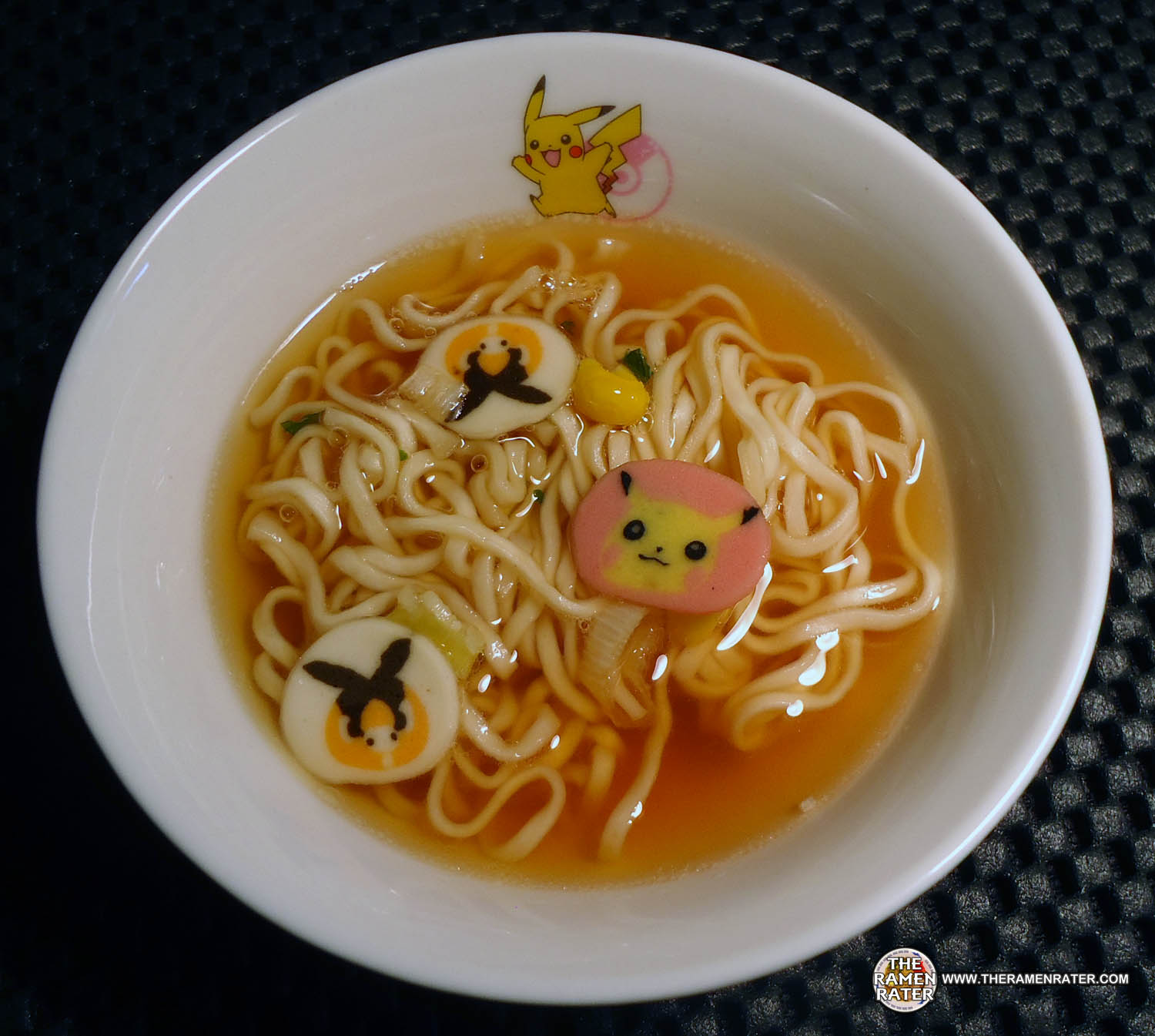 Finished (click image to enlarge). Unadulterated. The noodles are pretty decent actually – thin, noodles in a cup fare that had been pre-seasoned. Not top of the line but far from bottom of the barrel. The broth is nice – soy sauce flavor with nice rounded flavor. The corn and green onion’s alright and the kamaboko? Well, it’s a little on the rubbery side, but that’s how kamaboko is honestly. I would say they’re on the better than most side of dehydrated kamaboko. 3.5 out of 5.0 stars. UPC bar code 4901734016458.

[AMAZONPRODUCTS asin=”B000WD3XBI”]We got Andy one of these and he’s been playing with them for a long time. It’s a really good deal even if there are duplicates, since the cards at the store are pretty expensive. It saddens me that they don’t put that crappy bubble gum we used to get in baseball cards anymore.[/AMAZONPRODUCTS]

A TV spot for another Pokemon noodle cup!