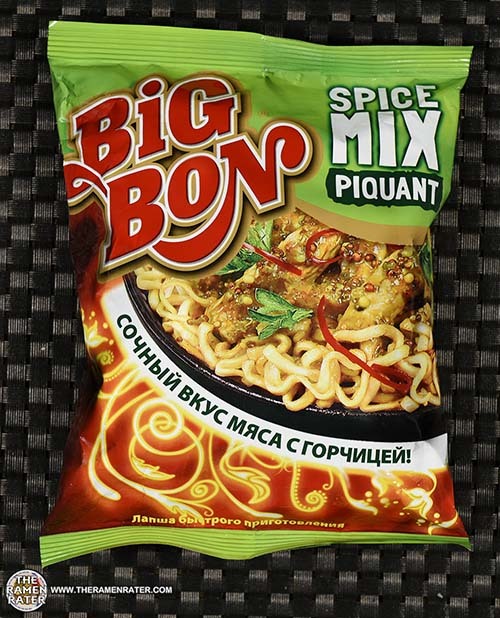 Well, there’s such a stigma these days about Russia here in the United States. Politics and world events aside though, there’s a thriving instant noodle industry there which fascinates me. I’d love to get the chance to do a Meet The Manufacturer with this company for example. I know they have tray varieties with real meat in retort pouches. This piques my curiosity in the extreme.

When I was in 4th grade (I think – I could be wrong as to the year) I got sick. Was home for a couple days. We had this big assignment where everyone chose a country. We then would write the embassy for information about the country and write a report based upon the materials received.

I wasn’t there when everybody got to choose, and I was given the one country apparently nobody was willing to take. The Soviet Union. It wasn’t my first choice at the time; this was during the Reagan era, and tensions with the USSR were as high if not higher than they are right now. But I got a huge package from them which was very interesting. All in English and all about the country, it’s regions, the people – it was really cool. Really wish I still had it but it’s long gone. Anyways, I’ve always had an interest in Russia ever since.

So when a fellow blogger – from the HALAL Food Blog in Singapore visited Uzbekistan and offered to send me some Russian varieties he’d found, I was thrilled. Thanks again!

I think noodles and food in general is a fine way of diplomacy. I practiced noodle diplomacy in 2013 when Taiwan seemed to think I was the most horrible person in the world, with them not on my top ten list – today I really like Taiwanese varieties quite a bit (and companies send me no end of varieties to be sure).

I extend a branch to Russia in hopes that some companies would be interested in doing a Meet The Manufacturer series with me so I and everyone else can learn more about the foods pelple enjoy there. Let’s give Big Bon varietythis a try! 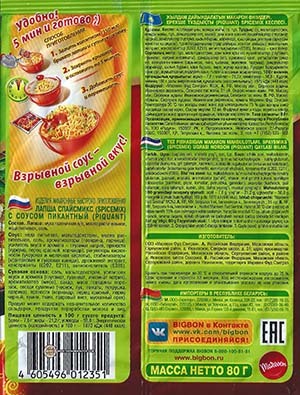 Here’s the back of the package (click to enlarge). Unsure whether it contains meat – check for yourself. To prepare, add noodles and dry base sachet to a bowl along with 350ml boiling water. Cover for 4~5 minutes. Add in liquid base sachet contents. Finally, stir and enjoy! 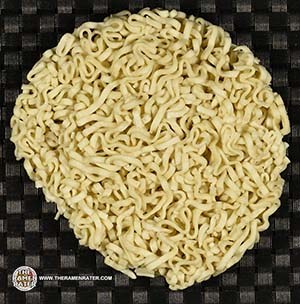 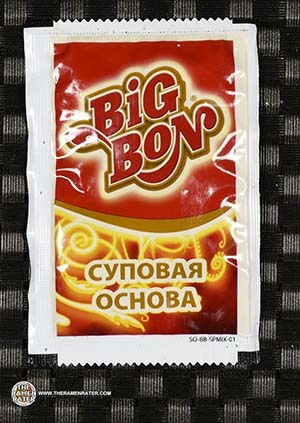 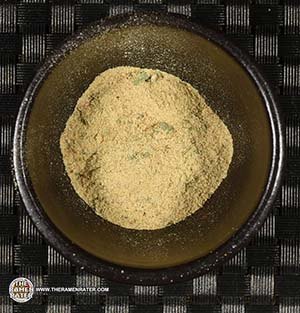 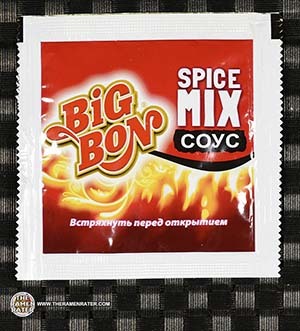 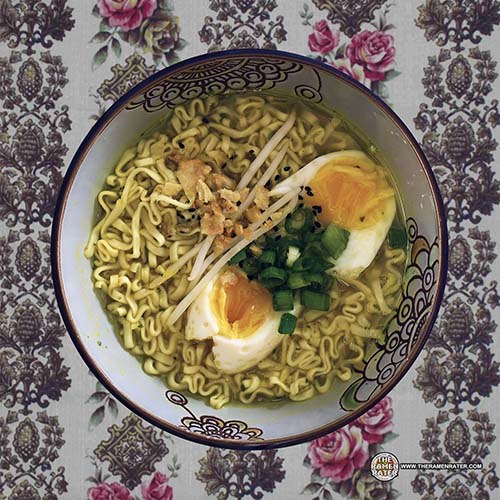 Finished (click to enlarge). Added scallions, black sesame seeds, soft egg and Salad Cosmo mung bean sprouts. Noodles here are interesting – a little crumble, kinda thick and a little broad. Definitely a unique mouthfeel Ilike. The broth I would say has a slight tang to it – hard to describe exactly what flavor it is but I think piquant would fit the bill with aplomb. 3.75 out of 5.0 stars.  EAN bar code 4605496012351.