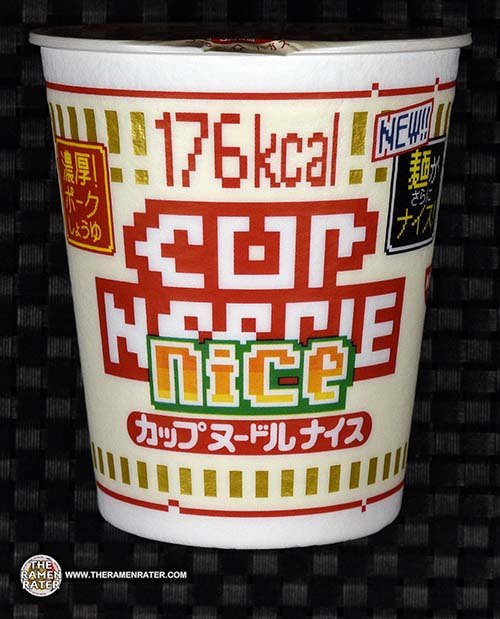 Today we have a Zenpop.JP variety – so what’s Zenpop? They’re a subscription service for all things Japanese! Definitely, check them out. By the way, use coupon code RAMENRATER to get $2 off! Here’s what they had to say about this one – ‘This is as nice as the name indicates! While the soup is thick and rich, this is also a bit better for you with fewer  calories than the original Nissin Cup Noodles. Is that even possible? You’ll know it once you try this.’

When I opened the Zenpop box, I saw this and was excited – I’ve had it before and really liked it! Wait – that’s not entirely accurate – I had last year’s version. It’s been changed as of this April! I’m guessing it will be a little different. Here’s what I found on the Nissin Japan website –

Non-fried noodles exclusively for “cup noodle nice” which kneaded plenty of dietary fiber equivalent to about 4 lettuce. I pushed the taste and taste of the noodles further to the cup noodle.

A thick soup which is deeply finished with pork extract added to soy sauce soup which made the peppers unique to cup noodles.

Detail of the side panels (click to enlarge). Contains pork. To prepare, asdd boiling water to line and cover for 3 minutes. Finally, stir and enjoy! 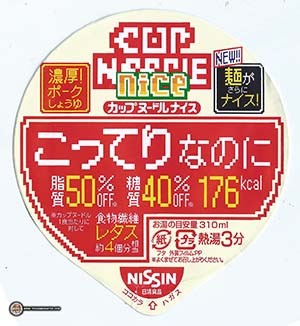 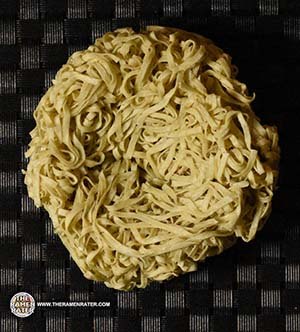 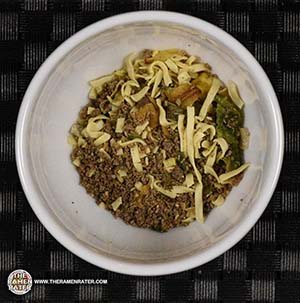 Loose seasoning and bits of noodle. 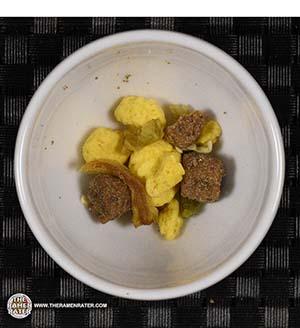 Some of the solid ingredients from the cup. 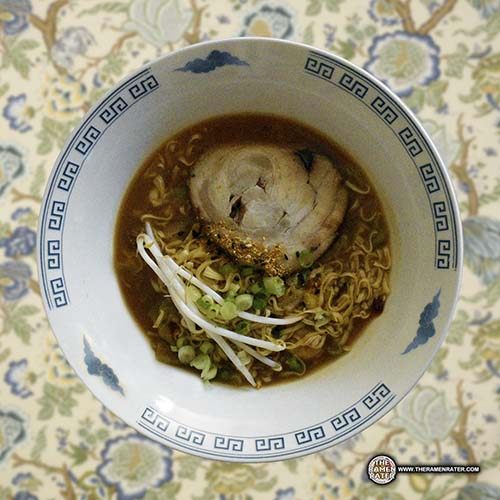 Finished (click to enlarge). Added Salad Cosmo mung bean sprouts, spring onion, shichimi togarashi, and chashu pork. The noodles have an excellent texture which I think is leaps and bounds over the standard Cup Noodle noodle. The broth has a nice shoyu taste and carries a rich and thick character which I find extraordinarily pleasing despite its healthy restrictions. Included seasoned minced pork, egg, and vegetables bounce to life – the pork tastes good as do the vegetables – which have a nice crunch. Really impressed yet again! 5.0 out of 5.0 stars.  JAN bar code 4902105246603.

Watch me cook this one up on an episode of Instant Noodle Recipe Time!