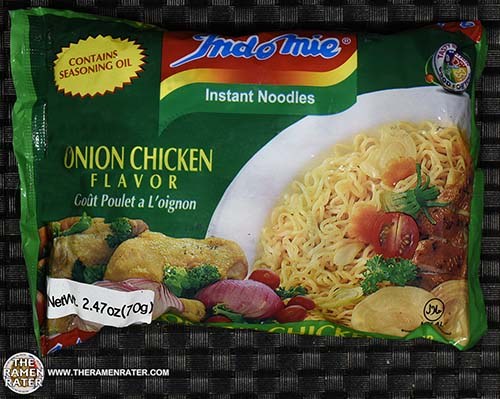 Note – so I originally reviewed thios one using the ‘dry’ method. This time after some outcry, I’ll be reviewing it made with the instructions for a soupy noodle. One should note however that the ‘dry’ method is the one that’s listed before the soup version.

Here’s one sent by Chef Ron from Mama Pat’s Foods – thank you! So I’ve reviewed a LOT of Indomie in the past, yet it’s hard to come by new varieties to try. Luckily, here’s the first of hopefully more from Indomie’s product line from Nigeria! As far as continents go, Africa has been just the toughest for me to get varieties from. Here’s a little about Indomie from Wikipedia –

Let’s have a try at this onion chicken flavor instant and see how it is. 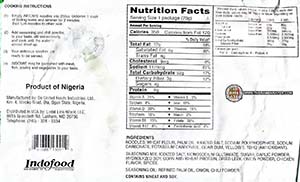 Here’s a big distributor sticker from the back of the package (click to enlarge). 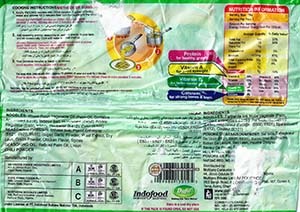 Here’s the back of the package (click to enlarge). Looks to be meat free although mentions chicken flavor. To prepare add noodle block and sachets to 350ml boiling water and cook 3 minutes. Finally, stir and enjoy! 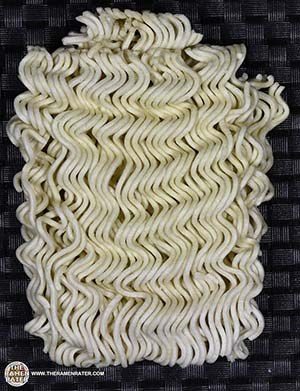 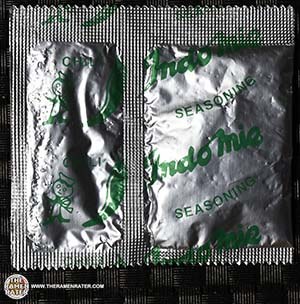 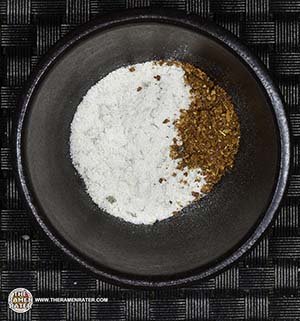 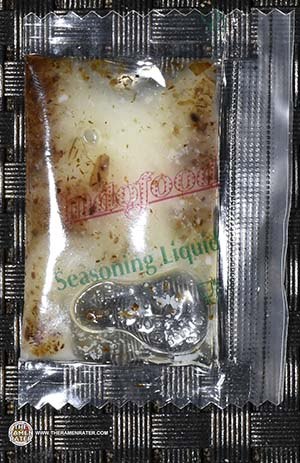 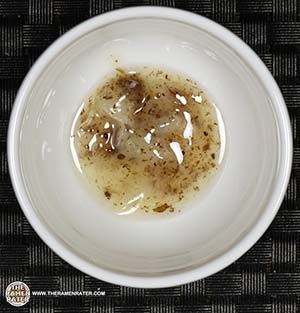 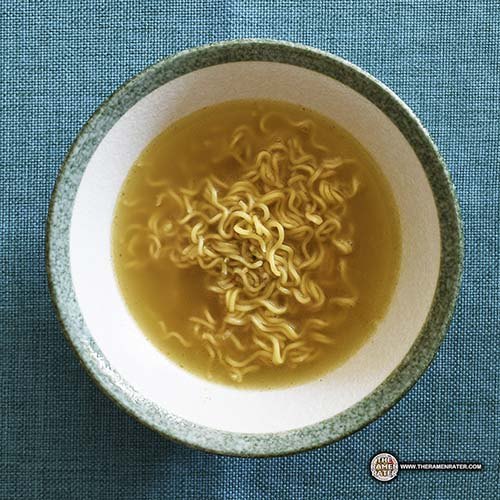 Finished (click to enlarge). So this time I used the ‘soup’ instructions. The noodles have a nice gauge and a very interesting chew. They border on the doughy side. The broth has a kind of onion and chicken flavor. I do like the little note of spiciness I get from the chilli powder. I will say however that the chicken has that kind of simulation flavor I’m not really all that fond of. I think this could’ve been a lot of better with the inclusion of some of Indomie’s fried onion. 3.25 out of 5.0 stars. EAN bar code 089886130010.