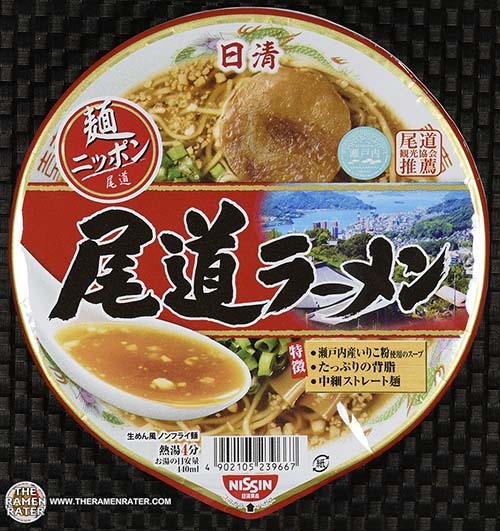 Here’s one sent by Javier from www.BoxromJapan.com. Box From Japan is a ramen subscription service – they have boxes of neat Japanese candy too! This one was a little tough to translate. Think I got it though. Here’s a little about Onomichi from Wikipedia –

Okay so this is a Hiroshima ramen. Well, let’s take a look.

Detail of the side panels (click to enlarge). Contains pork. To prepare, add the sachet with the pork slice and boiling water to the fill line and cover for 4 minutes. Add in liquid base and stir. Finally, add garnish and enjoy! 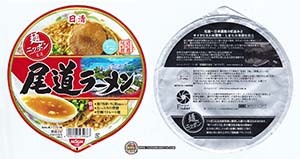 Detail of the lid and its underside (click to enlarge). 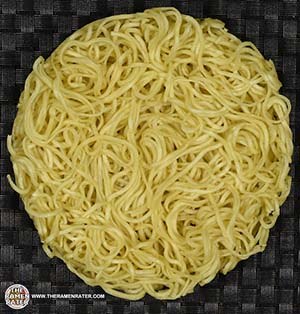 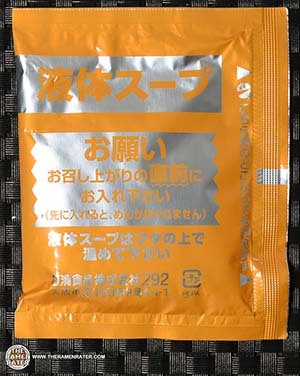 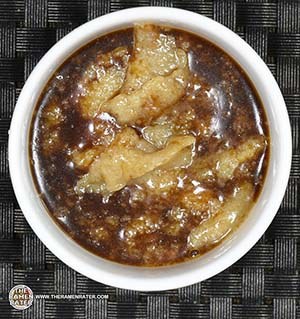 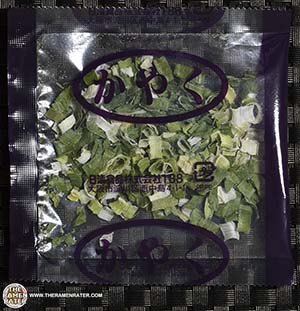 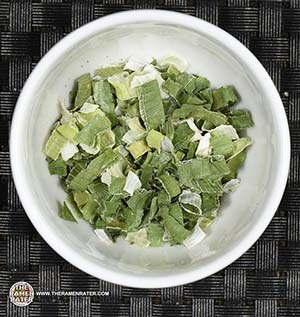 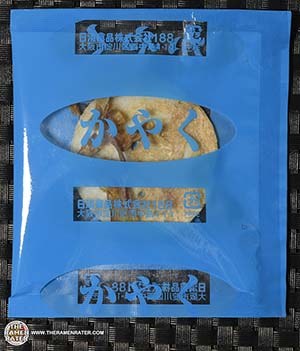 The pork slice is in here. 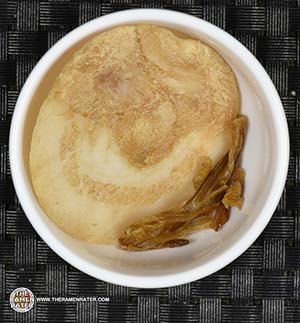 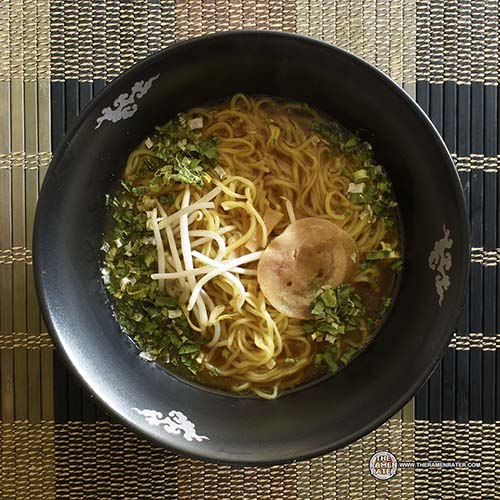 Finished (click to enlarge). Added Salad Cosmo mung bean sprouts. The noodles are chewy and very premium. They come out very nicely in 4 minutes. The broth is a thick and hearty one – I get a kind of shoyu/miso kind of battle going on with it and it’s quite nice. The included pork was alright; a little thin. The included vegetables were decent. 4.75 out of 5.0 stars. JAN bar code 4902105239667.

A History of Japan: Revised Edition