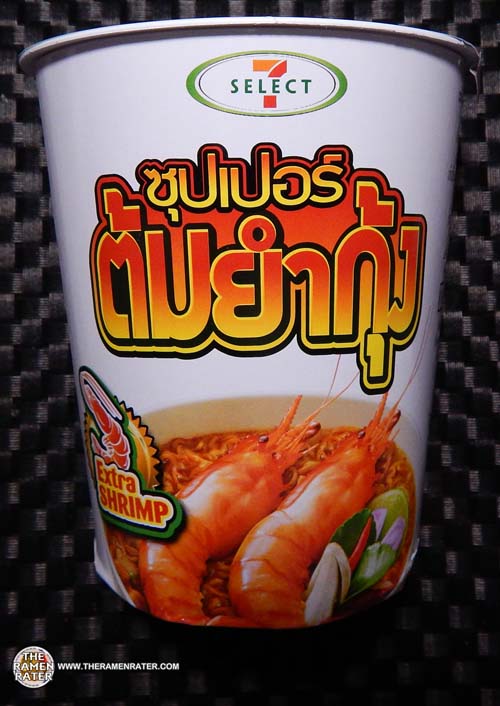 Here’s one of the ones I picked up on my recent trip to Thailand at 7-11. It’s made by Nissin, and has Nissin logos on it, but it’s like a private label for 7-11; kind of different. Anyways, tom yum sounds good – let’s see what dwells within! 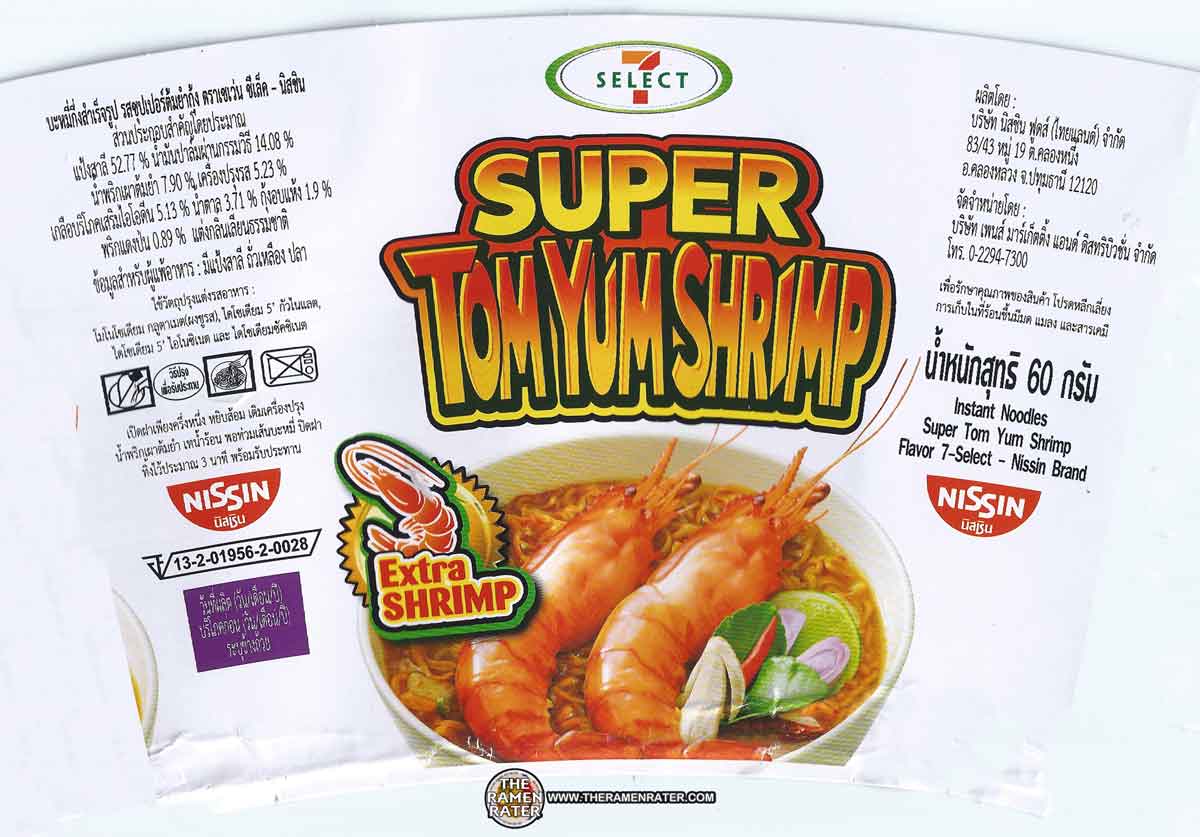 Details of the side panels (click image to enlarge). Contains shrimp. To prepare, open lid and take out fork and sachet. Empty sachet into cup and add boiling water to fill line. Cover and let steep for 3 minutes. Stir and enjoy! 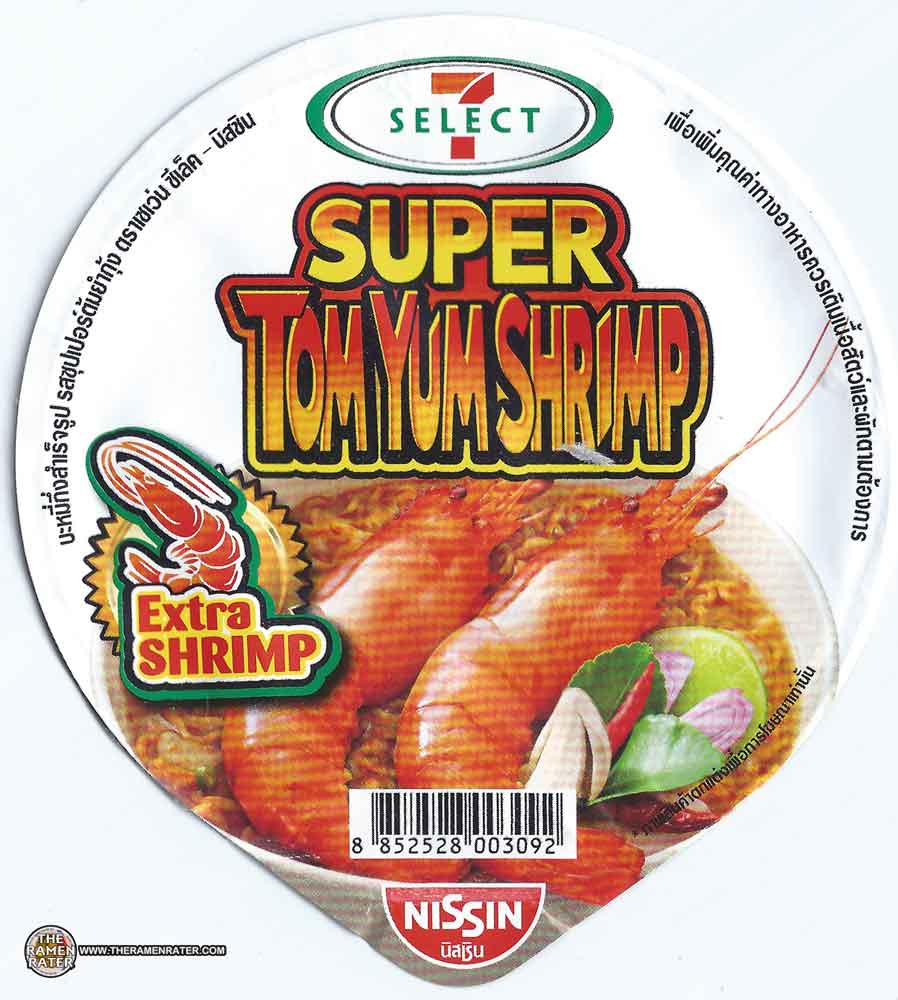 Detail of the lid (clink image to enlarge). 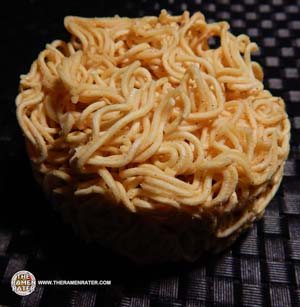 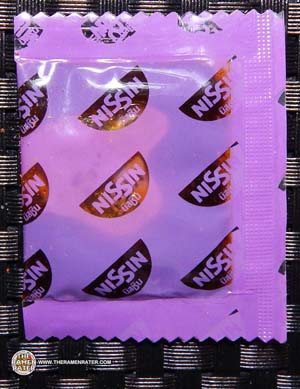 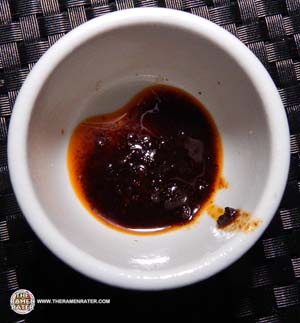 Has a strong tom yum scent.

Some of the seasoning from the noodles and little shrimp abound. 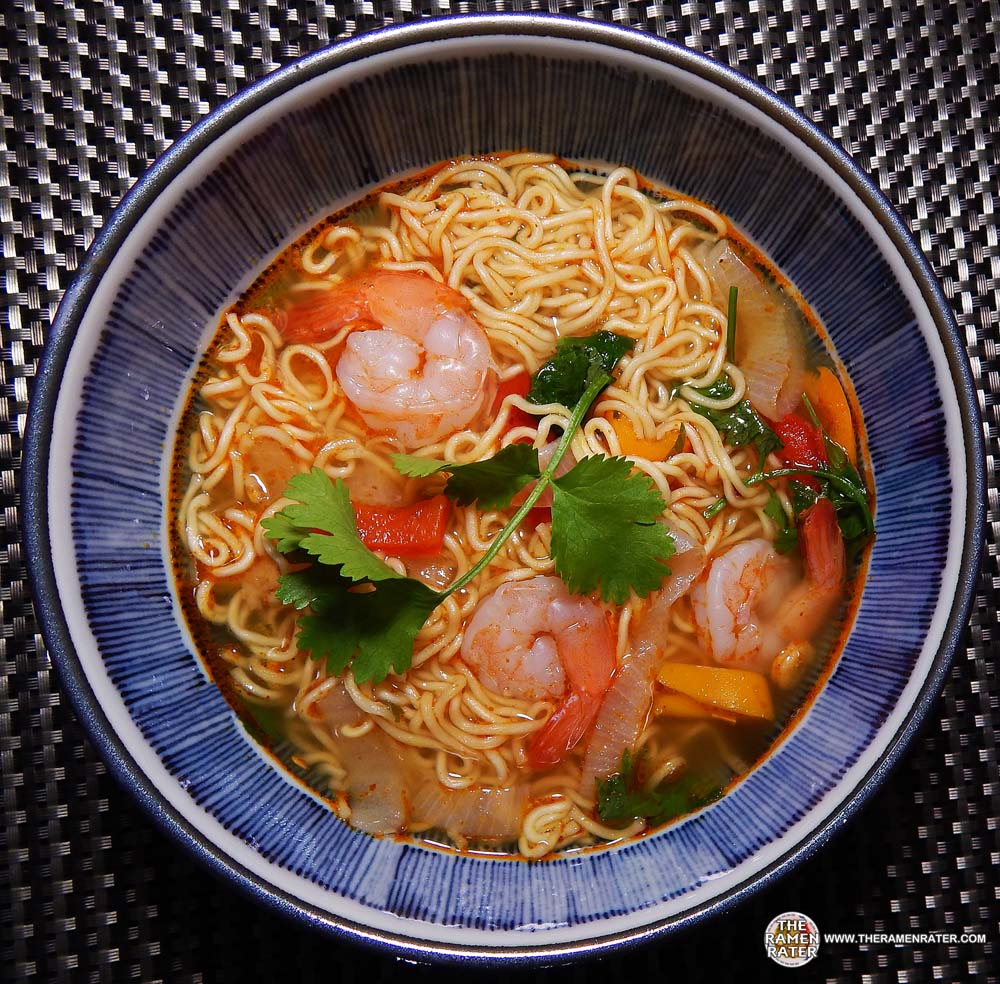 Finished (click image to enlarge). Added red and orange bell pepper, white onion, shrimp and coriander. The noodles are round and thin. They have a little mushiness to them. The broth on the other hand has a very strong heat and lemongrass hit with a good shrimp flavor. The amount of shrimp that were included was pretty good, but I did expect them to be a little bigger. They hydrated perfectly. 3.5 out of 5.0 stars. EAN bar code 8852528003092.

The Treasures and Pleasures of Thailand: Best of the Best (Impact Guides)

When I get to go to foreign countries, I’m usually more interested in trying the local cuisine. American BBQ flavor chips are about as far from my mind as can be, but this guy take you on a pretty good tour of a 7-11 in Thailand.