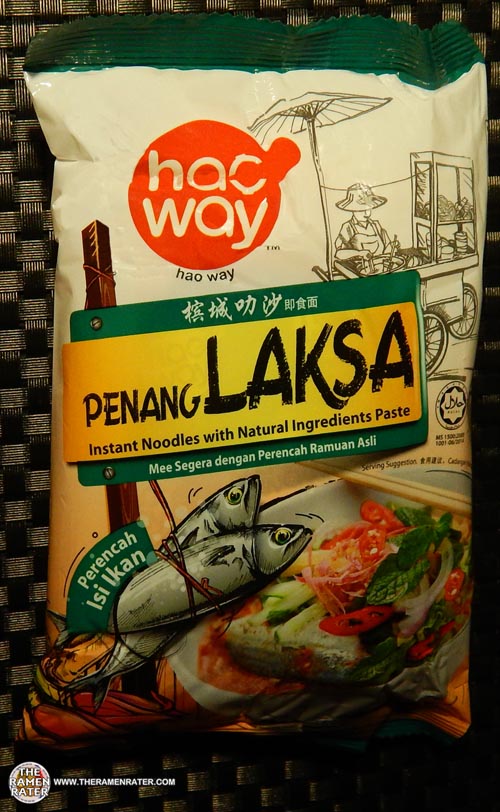 I got some samples the other day to try! This is Hao Way’s new Penang Laksa. They’re very excited about it, purporting it to the the very first instant Penang Laksa whose paste contains grilled fish in the mixture. Sounds pretty good to me! Let’s give it a try. 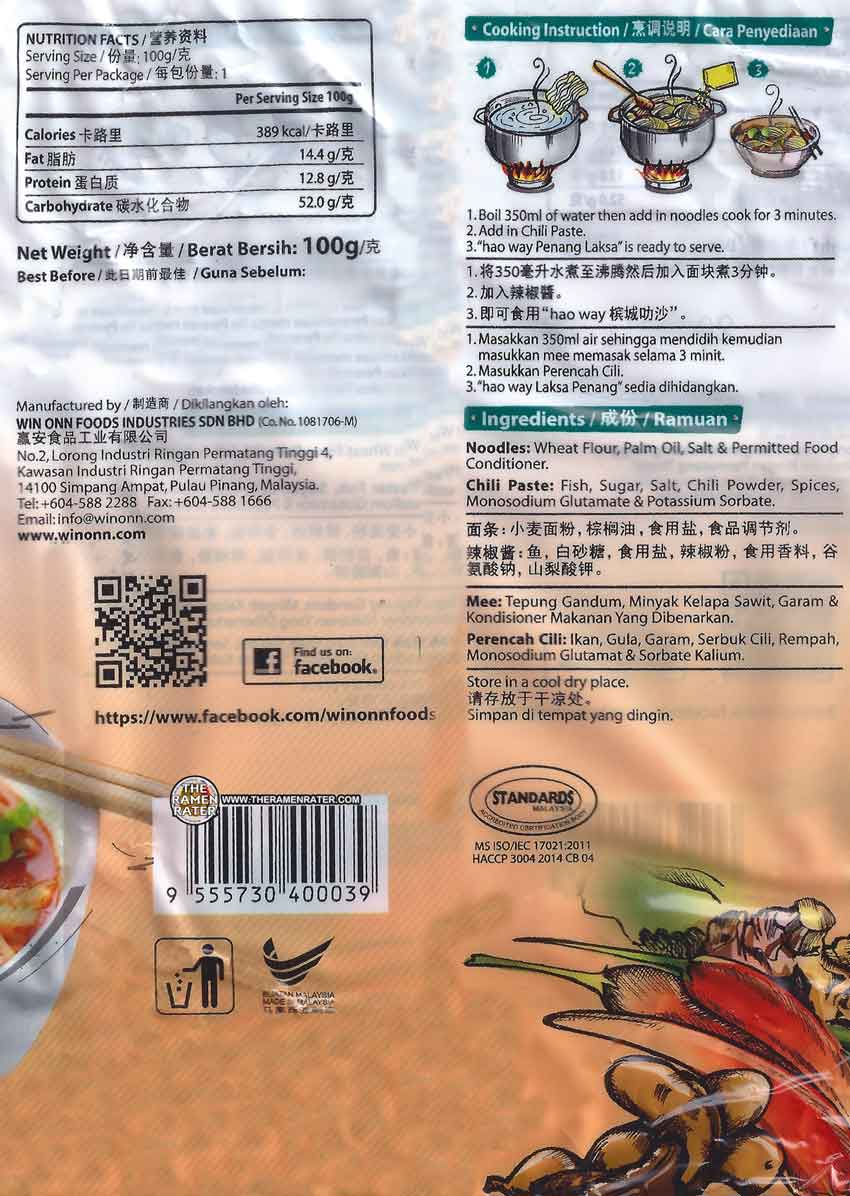 Here’s the back of the package (click image to enlarge). Contains fish. To prepare, Add noodles to 350ml boiling water and cook for 3 minutes. Add in paste sachet contents and stir. Enjoy! 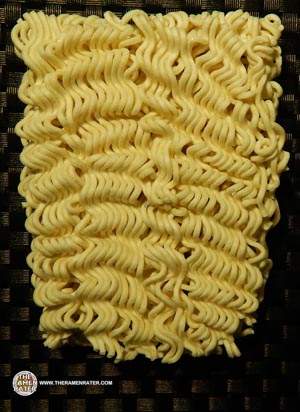 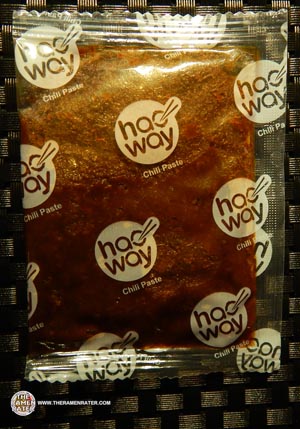 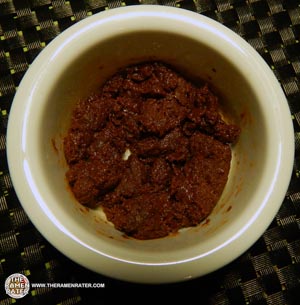 The paste has a strong fish scent. 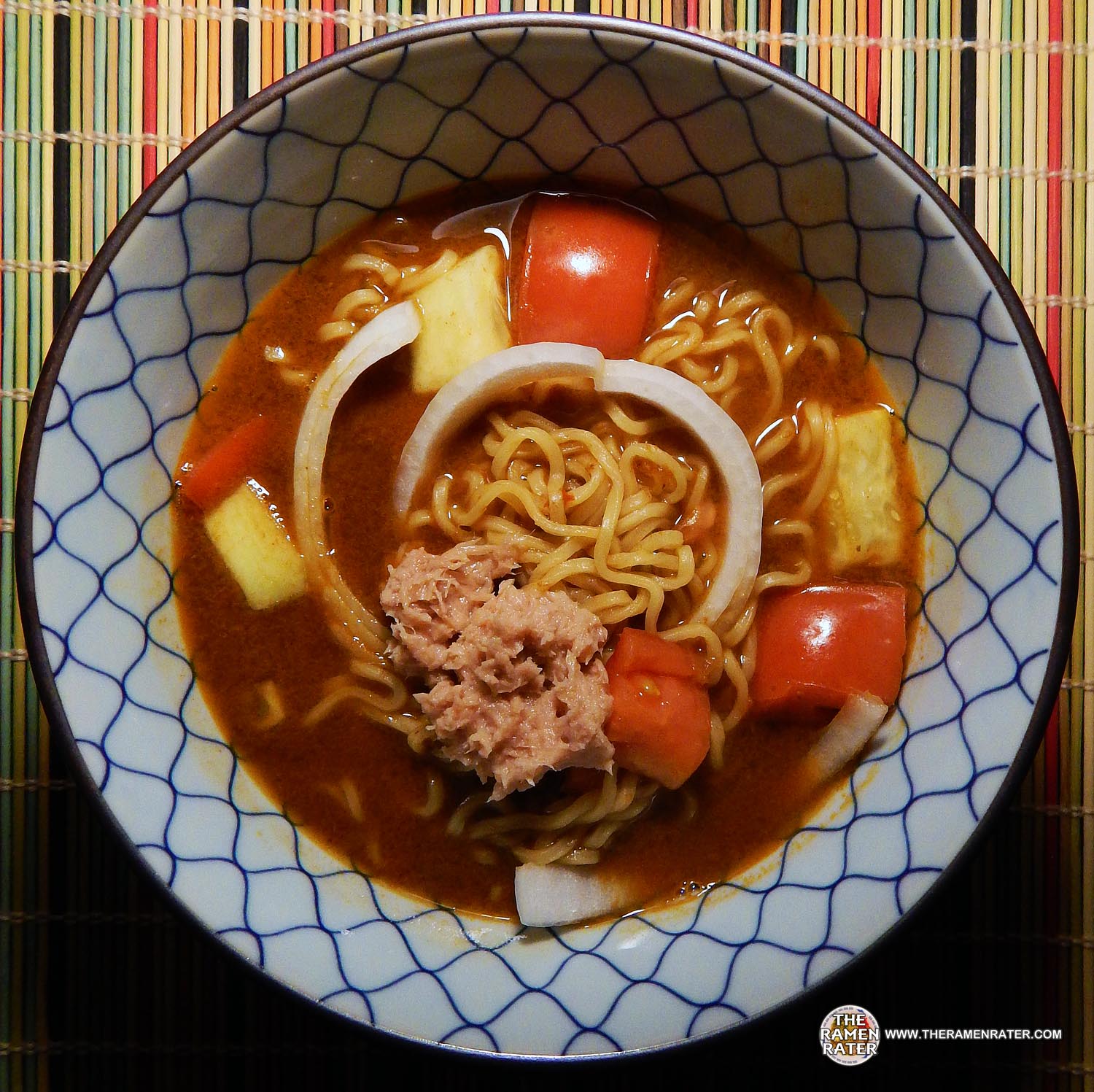 Finished (click image to enlarge). Added tuna, white onion, cucumber and tomato. The noodles were good – nice gauge and chew. The broth was alright. It definitely had a strong fish taste which wasn’t entirely to my liking, however the richness of the broth’s other flavors were quite nice. I think this was a case of I just am not a big fan of this kind of fish flavor. I think many would enjoy it, however. 3.5 out of 5.0 stars. EAN bar code 9555730400039.

Penang Heritage Food: Yesterday’s Recipes for Today’s Cook – (from Amazon) – Penang is one of the food capitals of Malaysia. However, over time, many Penang heritage dishes have been modified so much that what is served today is just a pale image of the original. The tastes of home-cooked dishes have not been faithfully reproduced from one generation to the next. Similarly, street- food and restaurant recipes have not been faithfully passed from a retiring chef to his successor. This book preserves the Penang heritage food from days of yore, covering home- cooked food, street food and restaurant dishes. Meticulously researched, every recipe is prefaced with heritage information and, together, they trace Penang heritage food to its Thai, Hokkien, Hainanese, Indian and Malay roots. Penang Heritage Food won a national award for best culinary history in the World Gourmand World Cookbook Awards.

Hao Way also makes a Penang White Curry noodle, and here is an advertisement for that product.