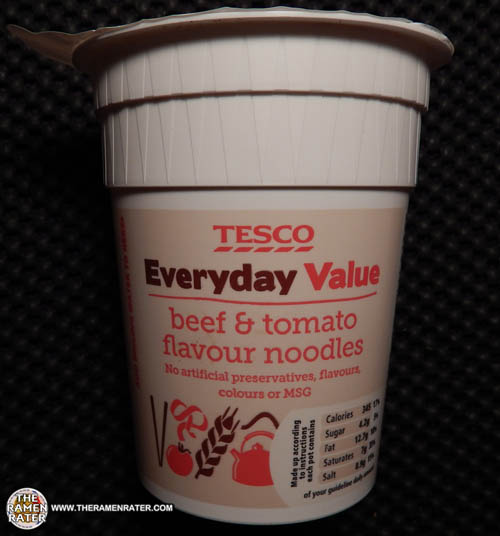 British noodles! Thought maybe this would be a good one to let my son try today. Not spicy (at least I don’t think it will be) and pretty mellow. Right now he’s knee-deep in LEGO blocks and listening to a video game documentary. A good day! Let’s check this one out. 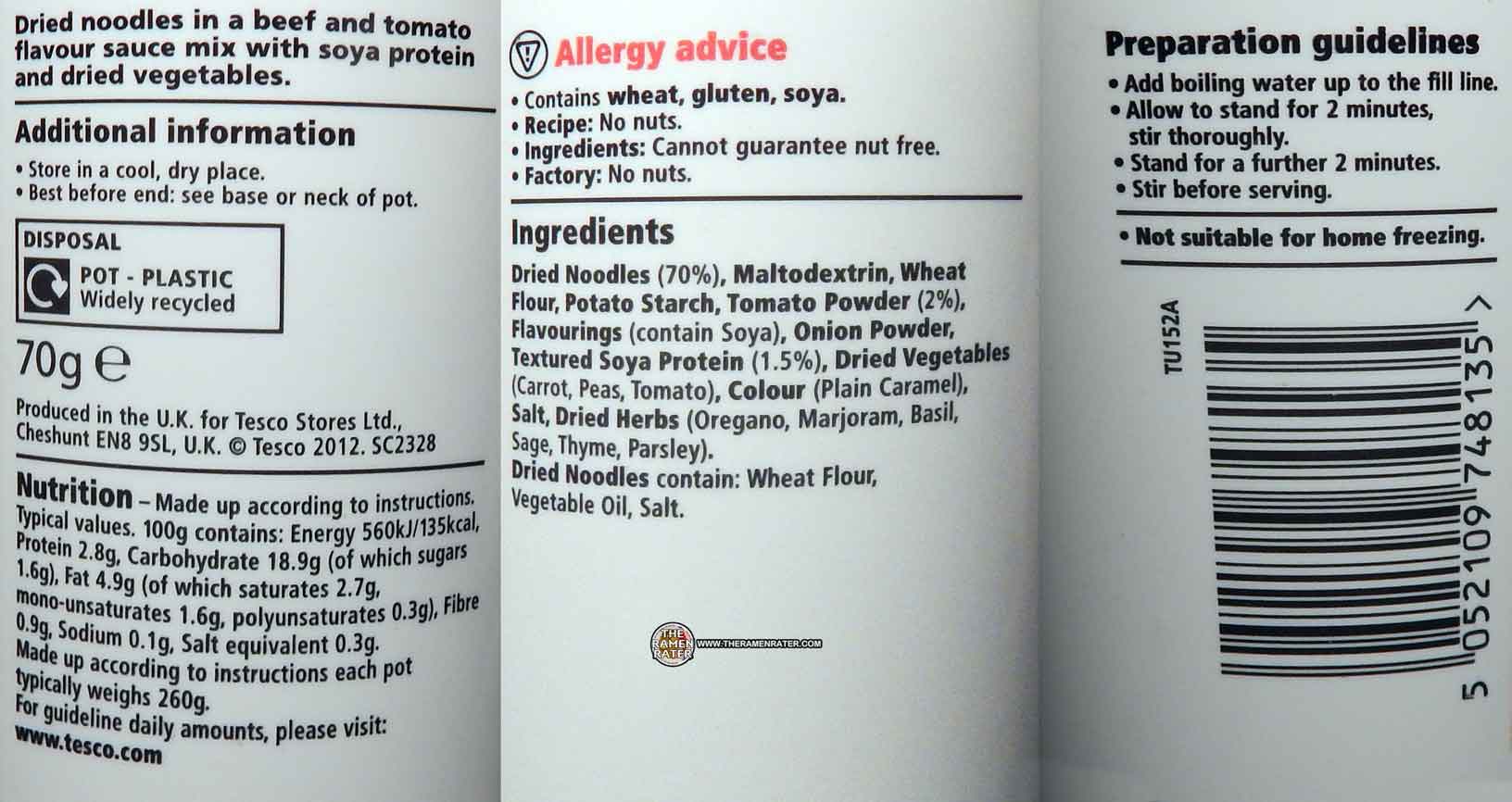 Here are the side panels (click image to enlarge). Looks to be meat free but check for yourself. To prepare, add boiling water to the fill line and let it sit for 2 minutes. Stir, then let it sit 2 more minutes. Stir. Enjoy! 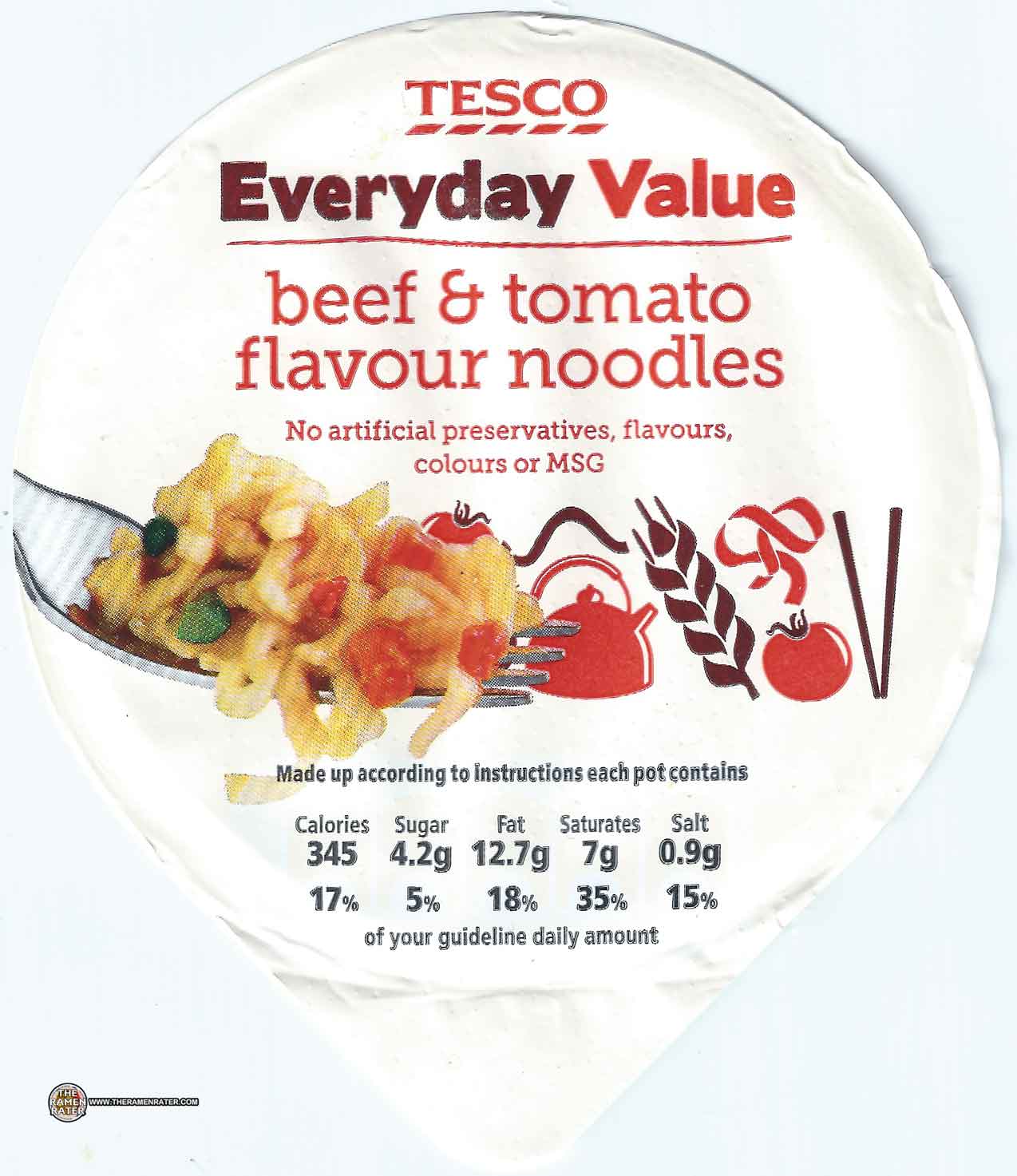 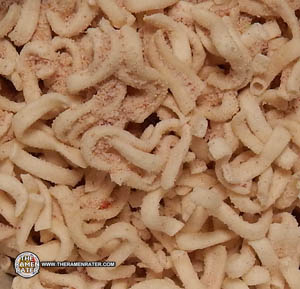 The noodles in the cup are loose and have a powder all over them. UK cups usually feature a lot of this powder, which is mostly flour. British noodles feature more of a sauce than a broth. 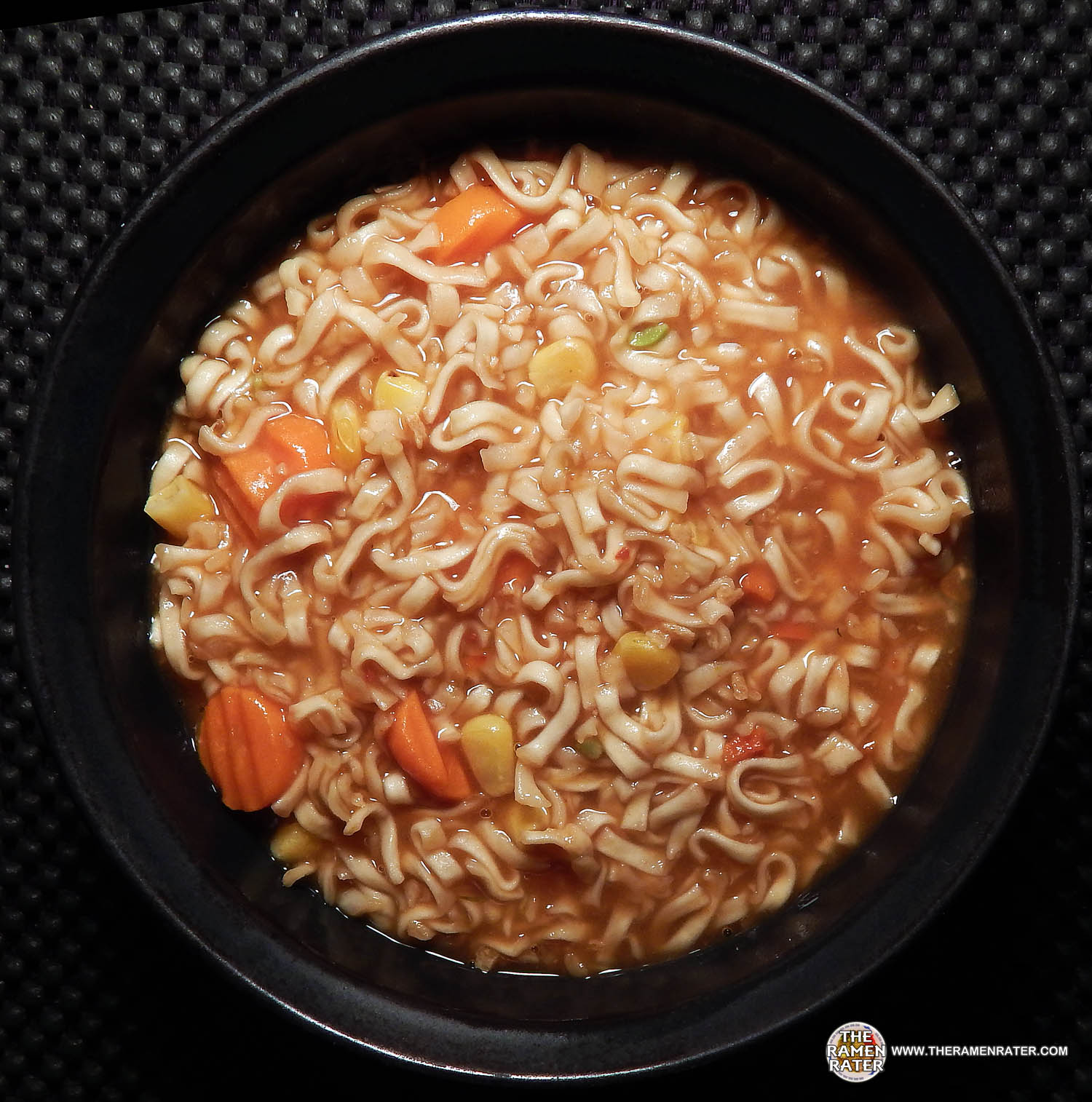 Finished (click image to enlarge). Added corn and carrot. The noodles are short and thick. They have an interesting crumble to them. The sauce has a very light flavor; pretty bland. It’s hearty though and that’s it’s saving grace. 2.0 out of 5.0 stars. UPC bar code 5052109748135>.

TESCO is a big chain of supermarkets in the UK – here’s a documentary film about them.