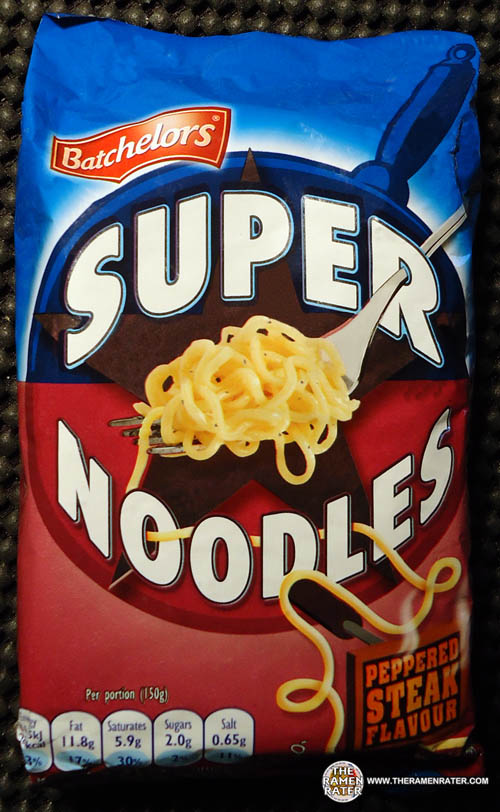 Here’s one that Joe B. and Sarah B. sent me from Nottingham, UK – thanks! I’m getting towards the end of the noodles that they sent – been a lot of fun trying all sorts of British varieties! I usually get some cues on what I’ll ad at the end from a picture on the front of a package, but this one doesn’t have any ‘suggested serving’ or anything like that, so I have to go with my gut. I looked around on Google for ‘peppered steak British’ and found quite a few leads. The peppered steak there looks to be basically steak with a decent amount of black pepper. Sound simple enough. Of course, things like a dash of brandy aren’t readily available, so I think pepper is going to be my friend for this one. Anyways, let’s see what’s within. 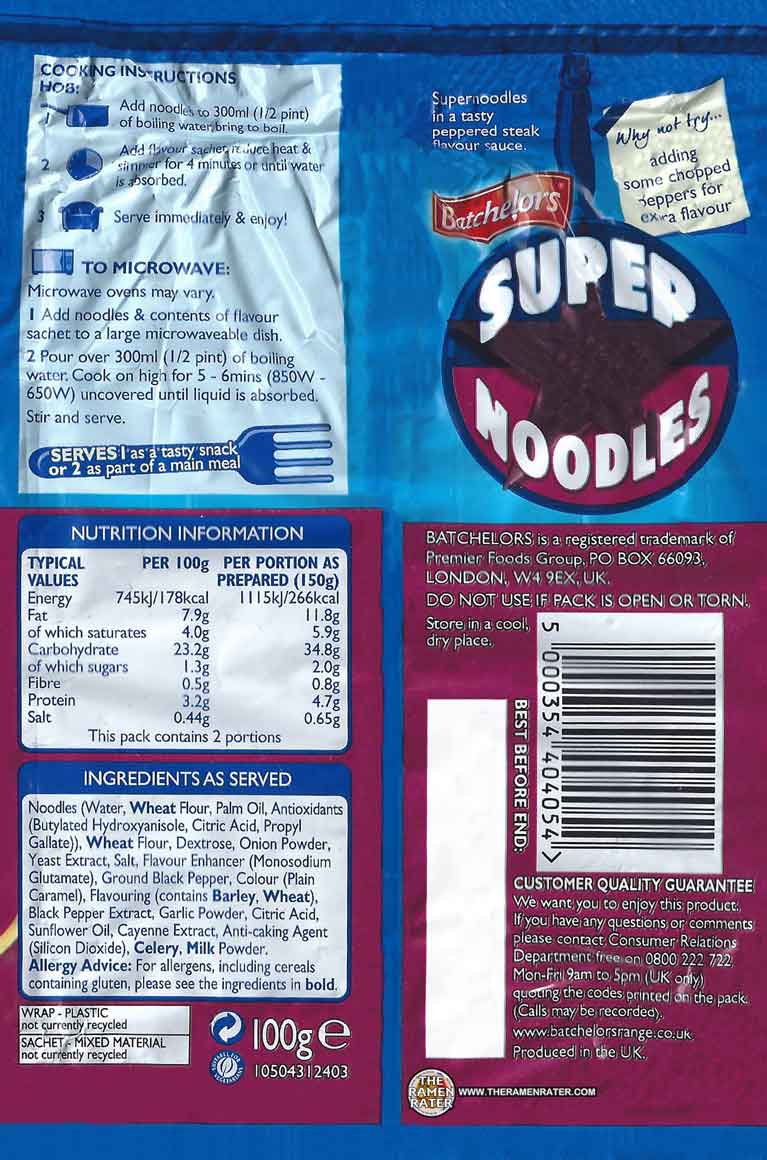 The back of the package (click image to enlarge). Looks to be meat free but check for yourself. To prepare, boil 300ml water and add the noodle block and contents of sachet. Cook for 4 minutes or until water is absorbed. Enjoy! 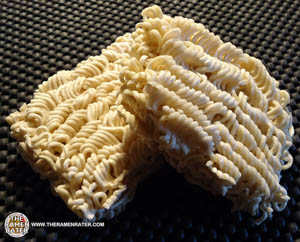 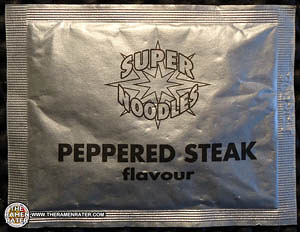 The sauce base sachet. 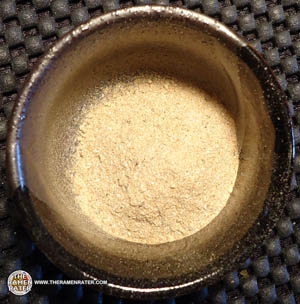 As I’ve mentioned before, British instant noodles seldom are full of broth. They usually involve the liquid reducing to a sauce. 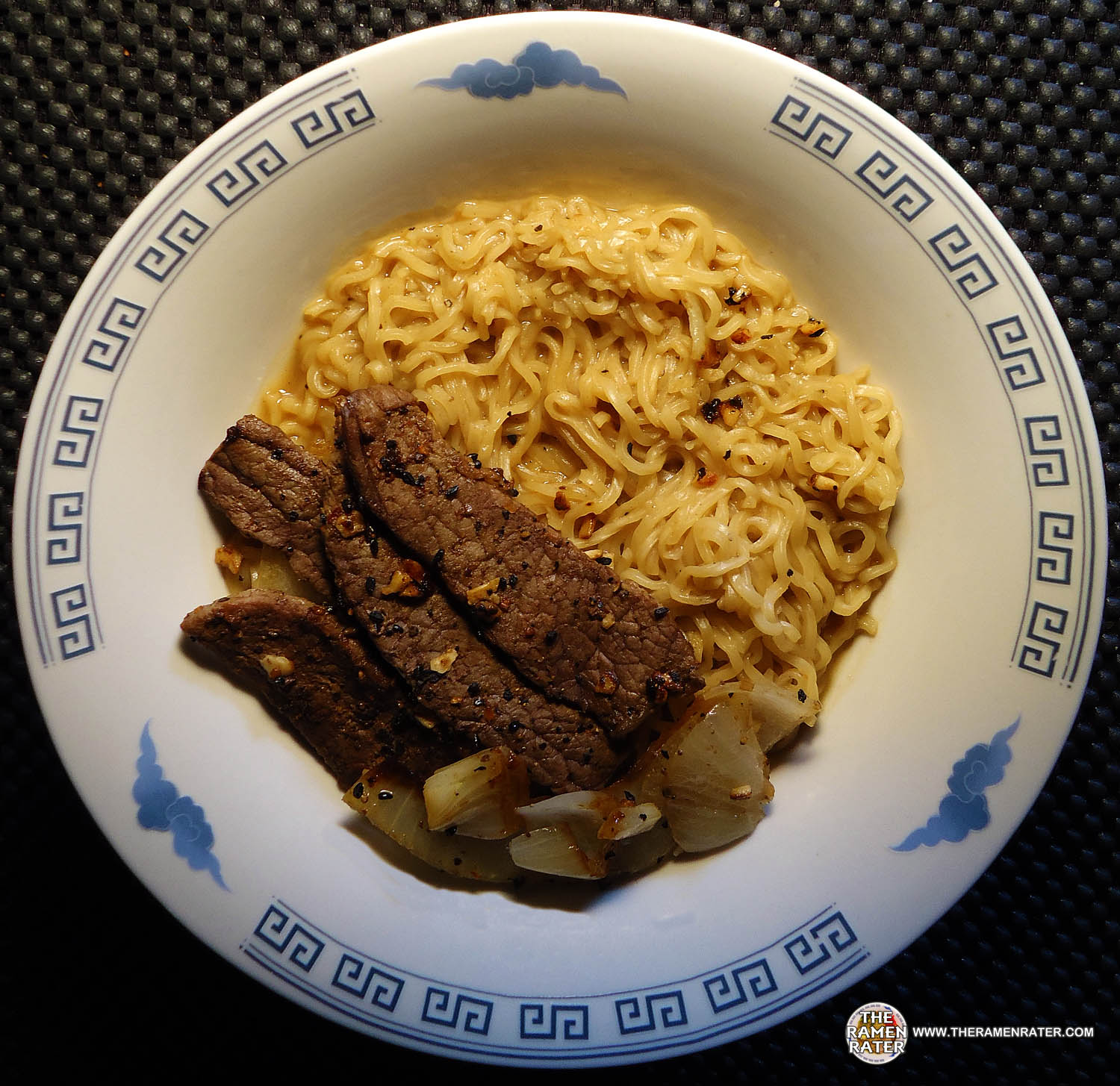 Finished (click image to enlarge). Added steak sauteed with sweet onion and Jane’s Krazy Mixed Up Pepper and crushed garlic. The noodles are pretty decent – not anything to call home about, but they have a good texture for their environment. The sauce is very bland. The flavor is regrettably very light in strength – so much so that I ended up adding salt to it! What flavor it had was peppery. 1.5 out of 5.0 stars.UPC bar code 5000354404054>.

Here’s a funny advert for Batchelors Super Noodles from the UK.