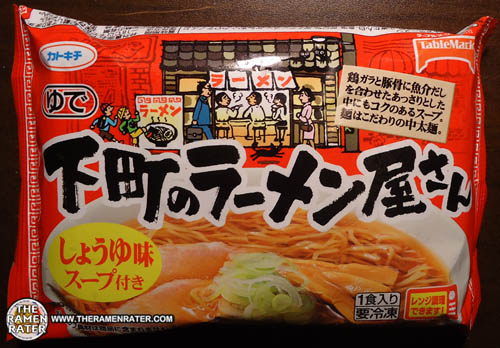 Here’s another one from T&T Supermarket up in Canada! Looks like a regular Japanese pack, right? This is actually a fresh ramen – frozen! Let’s check it out! 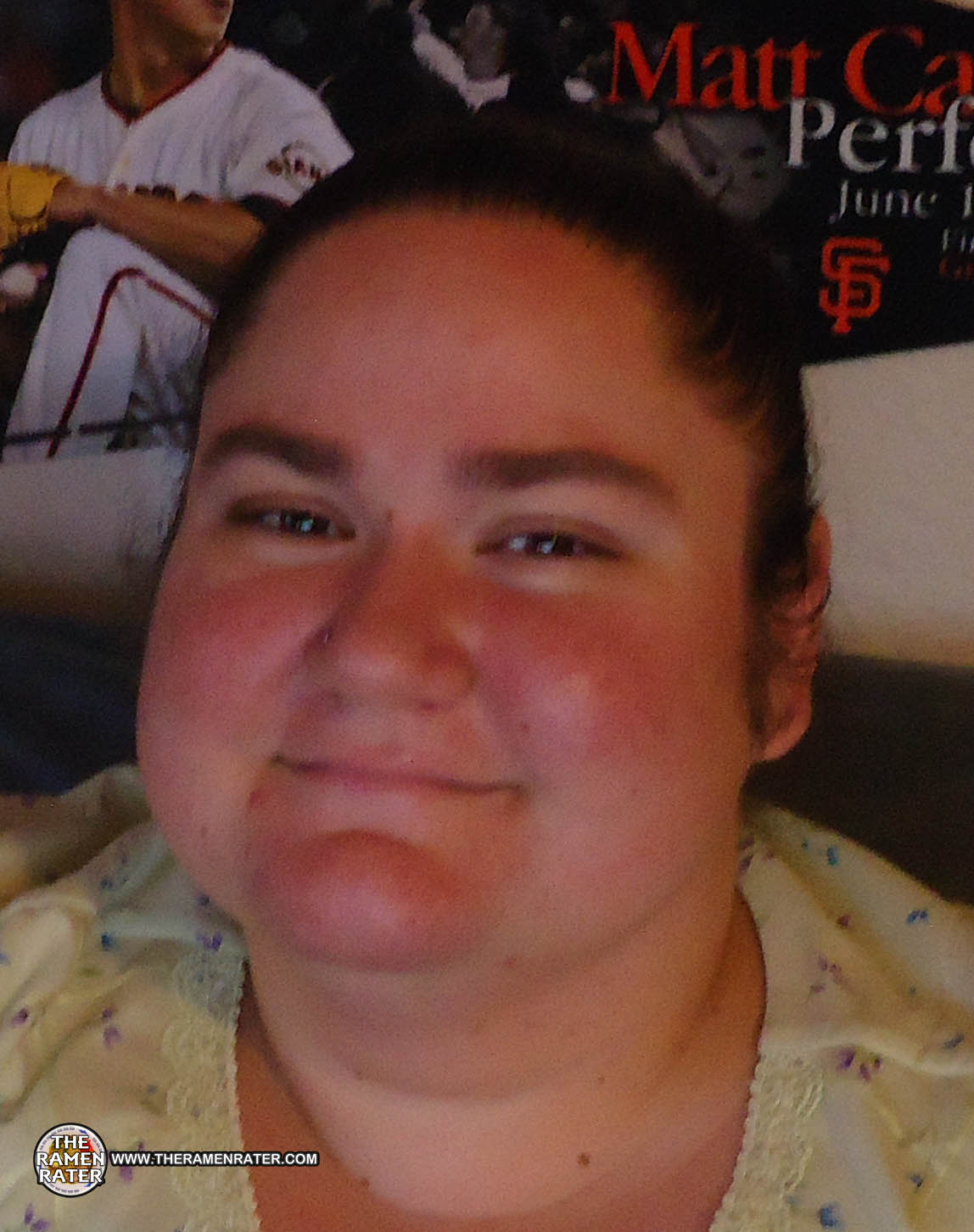 The regulars here might have noticed that I haven’t posted since Sunday. The reason? My wife Kit had surgery at the break of dawn on Monday. I spent the last few days by her side in the hospital and am happy to report she is doing great! Everyone who likes this site should give a big thanks to her – she’s driven me around to countless Asian groceries and listened to me prattle on about instant noodles time and time again. She is a brave and strong woman and I love her. We got home today and it’s great to be here with her!

Here’s the import sticker (click image to enlarge). Looks to be meat-free, but check for yourself. Note – after sampling this, I really think that the 270mg of sodium is a bit off – maybe 1,270, but seems like more. I don’t know how to gauge sodium amounts, but that’s my two cents. 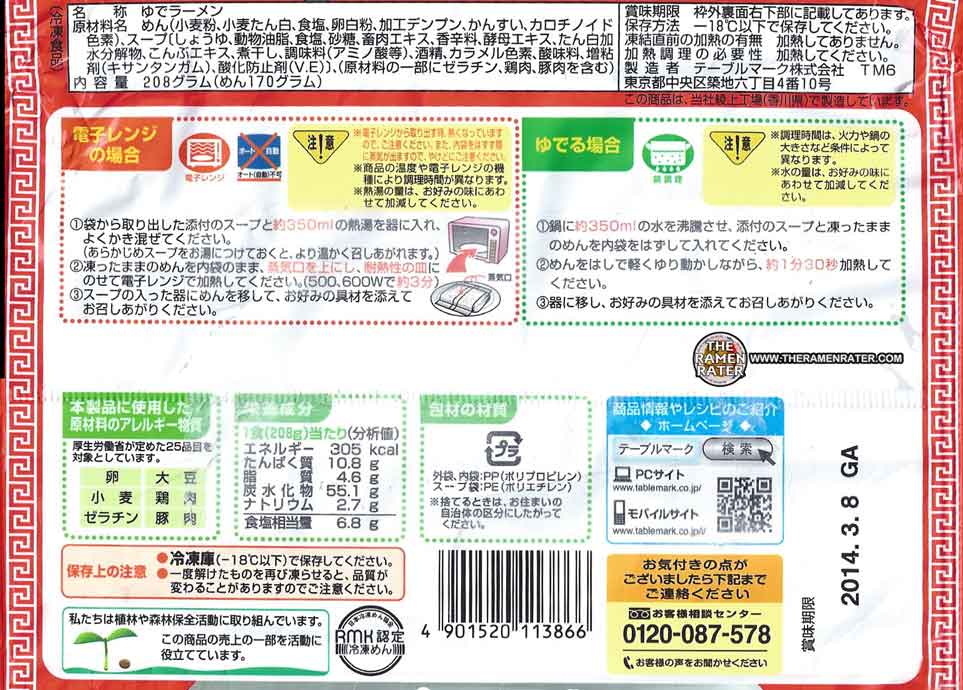 Here’s the back of the packaging. From the instruction panels, it looks as if you can microwave the noodles much like a package of popcorn! I think I’ll give it a try. 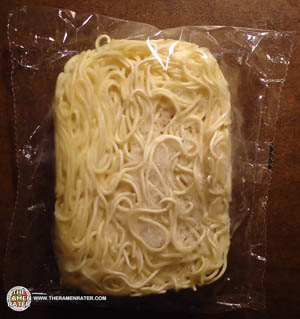 The soup base liquid. 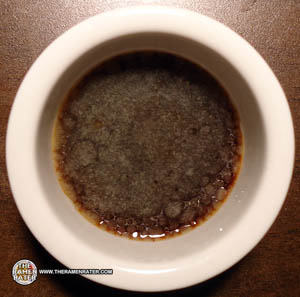 Here’s the liquid base. Has a nice soy scent. 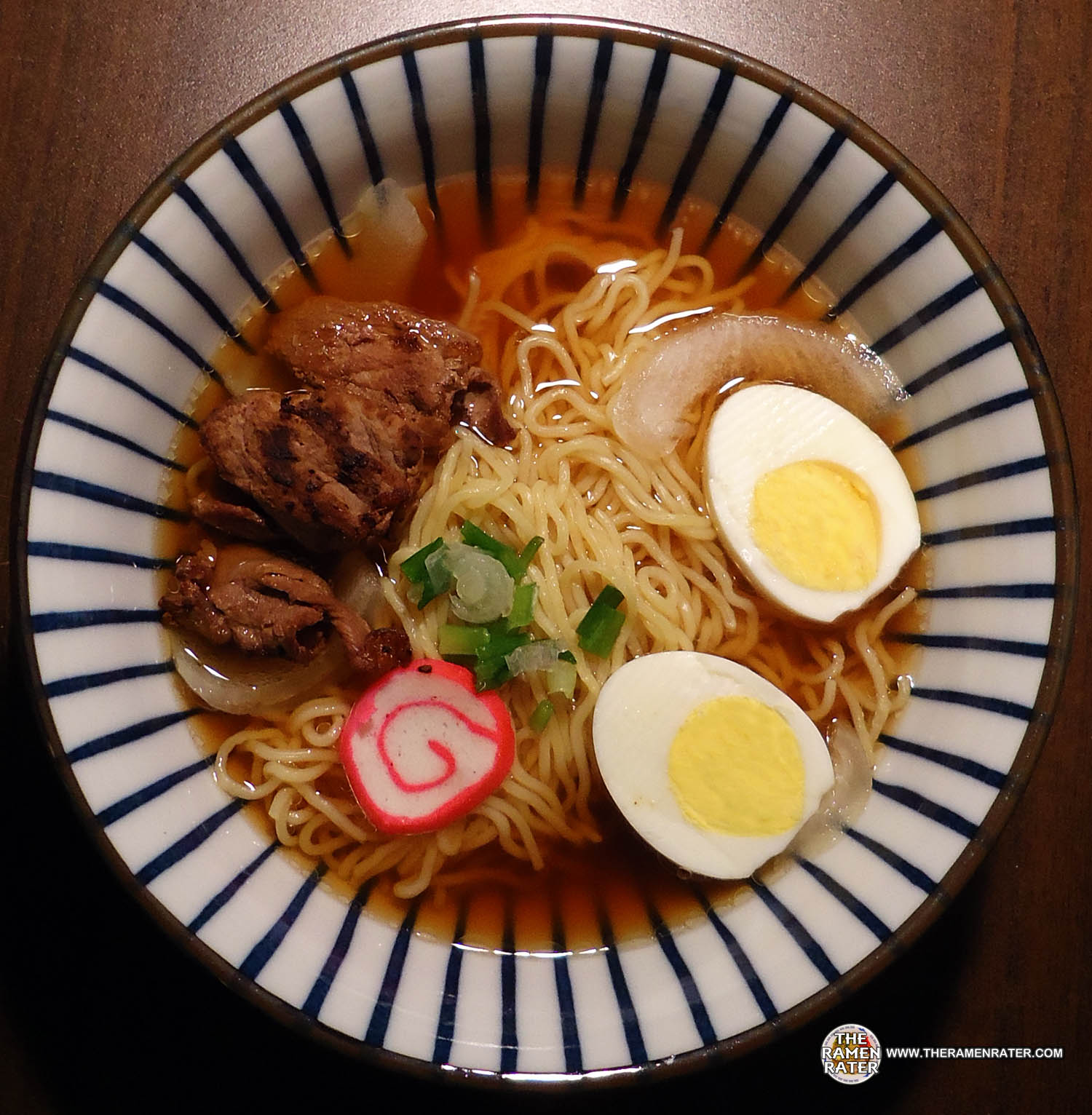 Finished (click image to enlarge). Added green onions, narutomaki, hard boiled egg, Walla Walla sweet onion and some beef I sauteed with a little Worcestershire. The noodles are decent – even going through the microwave. The little baggie they were in expanded like a puffer fish and the contents cooked nicely and evenly; it’s like they were boiled in there. The only thing I didn’t like was that until they met the broth, they wouldn’t break apart. Although it probably mentions breaking them up in the text on the back of the packet. Either way, the noodles were of good quality. The broth was light and full of rich soy taste. Not extremely oily, but had a richness and a little oil. Quite nice. 4.75 out of 5.0 stars. UPC bar code 4901520113866.