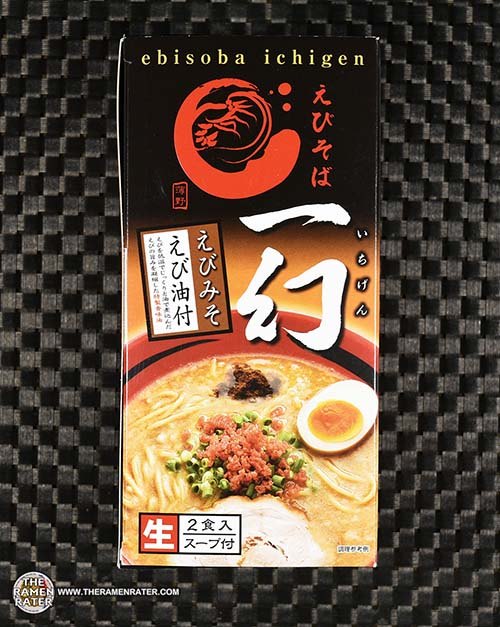 This one was in a Ramen Trunk subscription box.These boxes are full of extremely high end varieties that you’ll never find in the United States or anywhere outside Japan! Check out this link and use coupon code RAMENRATER20OFF for 20% off any single box or subscription!

Here’s what they had to say about this particular variety – “Ebisoba Ichigen  is a ramen restaurant originally founded in Sapporo City, Hokkaido. Due to their very distinct taste and their success they have even expanded to Tokyo opening 2 shops in the capital city.

Ebisoba Ichigen’s unique feature and taste can be attributed to its use of shrimp broth into their soup base. The shrimp broth is delicately boiled with some of the freshest Hokkaido shrimp (including the heads!), to create this flavor which is highly sought after and truly one of a kind. This combination creates a very rich and savory broth with a hint of sweetness fro the shrimps. This box is the miso based broth perfectly combined with the shrimp flavor.

This is truly a ramen you don’t want to miss. Oftentimes some patrons believe the shrimp flavor to be too strong but the chefs have perfected the shrimp flavors in the pursuit of the perfect seafood broth.”

Wow – so this sounds really fancy – I’m enthused as I love shrimp – let’s see what we have!

Detail of the side panels (click to enlarge). Contains shrimp and probably pork. To prepare, boil noodles in a large pot. Cook noodles for 3~4 minutes. Add soup base to 300!350cc boiling water and dissolve. add noodles and broth to a bowl. add in shrimp oil sachet. Finally, stir and enjoy! 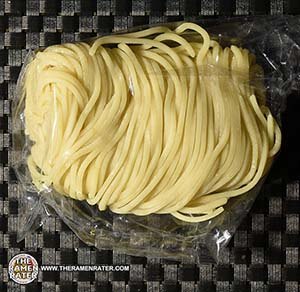 One of two servings of noodles. 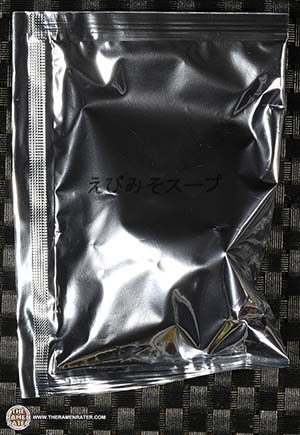 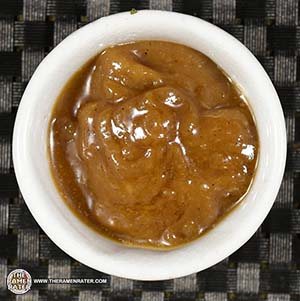 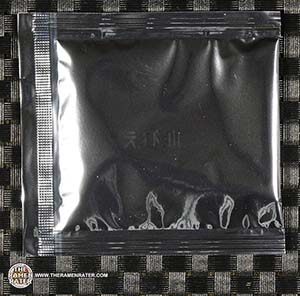 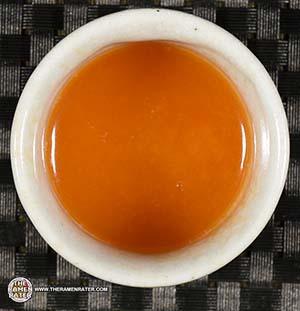 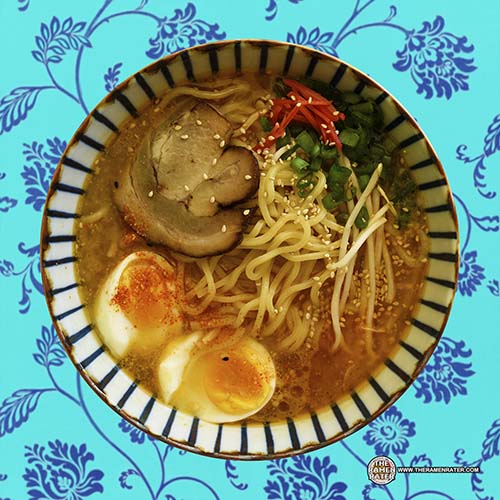 Finished (click to enlarge). Added soft egg, spring onion, shichimi togarashi, kizami shoga, chashu pork, sesame seeds, and Salad Cosmo mung bean sprouts. Holy crap this is delicious. Okay, so the noodles have an excellent chewiness and a great gauge – probably the thickest ramen I’ve had that hasn’t been considered udon. The broth has a tasty miso flavor – rich and deep. But that shrimp oil is just showy and giving; it’s like Warren Buffet at an orphanage giving. IT’s tasty – makes everything taste like an umami bomb made of prawns just was detonated in your mouth. Loved this and actually ate the whole thing. 5.0 out of 5.0 stars.JAN bar code 4533446001059.