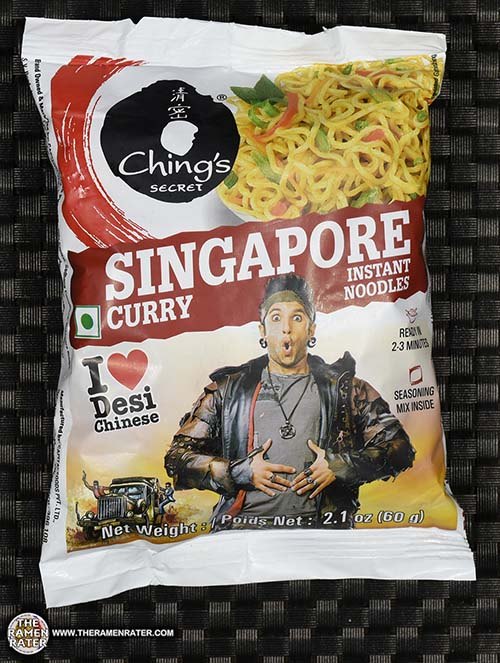 Well, I found quite a few of these new packaged versions recently at an Indian market in Bellevue, Washington. Now, this is what they call ‘Desi Chinese’ food. What’s that? Let’s ask Wikipedia –

Indian Chinese cuisine is the adaptation of Chinese seasoning and cooking techniques to Indian tastes through a larger offering of vegetarian dishes. The Indian Chinese cuisine is said to have been developed by the small Chinese community that has lived in Kolkata (formerly Calcutta) for over a century. Today, Chinese food is an integral part of the Indian culinary scene.[1] It is also enjoyed by Indian and Chinese communities in Malaysia, Singapore and North America.

The cuisine is believed to have originated from the Chinese of Kolkata and Chinese food is still popular there. At present, the Chinese population in Kolkata stands at approximately 2,000.[2] Most of these people are of Hakka origin; however, many dishes of modern Indian Chinese cuisine bear little resemblance to traditional Chinese cuisine.[3]

People of Chinese origin mostly live in India’s only Chinatown located around Terreti Bazar and Bowbazar area, which has since been relocated to Tangra, Kolkata. Most of these immigrants were Hakka. Chinatown in Kolkata still boasts a number of Chinese restaurants specialising in Hakka cuisine and Indian Chinese variants.

Schezwan (sic) Chicken/Prawn/Fish/Mutton/Vegetables/Paneer – dishes with this name in fact usually bear very little resemblance to ones from China’s Sichuan Province (although they sometimes contain Sichuan peppercorns). They instead center mainly around a sauce containing Indian red chillies and garlic. (The spelling of “Schezwan” is not a mis-print; this is indeed the how the term tends to be spelled in the Indo-Chinese kitchen rather than “Sichuan”, “Szechuan” or “Szechwan”).[5]

Manchurian Chicken/Prawn/Fish/Mutton/Vegetables/Paneer, generally consisting of a variety of meats or paneer with vegetables in a spicy brown sauce.[6] It is basically a creation of Chinese restaurants in India, and bears little resemblance to traditional Manchu cuisine or Chinese cuisine.[3] It is said to have been invented in 1975 by Nelson Wang; Wang described his invention process as starting from the basic ingredients of an Indian dish, namely chopped garlic, ginger, and green chilis, but next, instead of adding garam masala, he put in soy sauce instead, followed by cornstarch and the chicken itself.[7] A popular vegetarian variant replaces chicken with cauliflower,[6] and is commonly known as gobi manchurian. Other vegetarian variants include mushroom, baby corn, veggie ball Manchurian.

Indian Chinese food is readily available in major metropolitan areas of India such as Bhopal, Surat, Vadodara, Rajkot, Mumbai, Pune, Chennai, Kochi, Guwahati, Hyderabad, Delhi, Lucknow, Kolkata and Bangalore. It is also available in a number of towns and at dhabas (roadside stalls), also popularly referred to as “Fast food”, adjacent to major Indian roads and highways. Many restaurants have a Chinese section in their menus, and some are even dedicated to serving Indian Chinese food. It can also be found in mobile kitchen carts (lari or rekdi) that ply the streets of cities, prepared in woks over a portable gas burner. Manchurian sauce, Schezwan sauce, soy sauce and Hakka noodles are available in many stores in cities across the country.

Many overseas Indian restaurants in the West and the Middle East also cater to the overseas Indians’ nostalgic taste for Indian Chinese food.[8] The cuisine is also branching out into the mainstream in major cities of North America such as New York City, San Francisco, Philadelphia, Chicago, Toronto, Los Angeles, Atlanta and Vancouver. Chinese food in Nairobi, Kenya, also tends to be of this style. It is also available in Australia, especially in Sydney and Melbourne. In many of these places, the restaurants are labelled as Hakka Chinese, when in fact the cuisine itself has very little resemblance to authentic Hakka cuisine. “Hakka” label in these restaurants are usually referring to the owner’s origins, and many Chinese restaurant owners in India were of Hakka origin.

So basically, it’s like American Chinese food; Chinese food made more palatable to the local population. Let’s have a look at this curry. 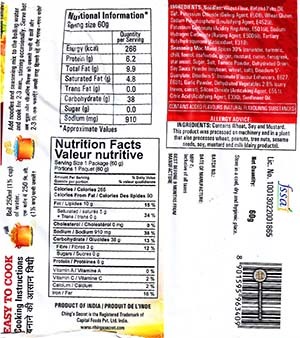 Here’s the back of the package (click to enlarge). Looks to be meat free but check for yourself. To prepare, add noodles and seasoning to 250ml boiling water and cook for 2~3 minutes, stirring occasionally, Finally, stir and enjoy! 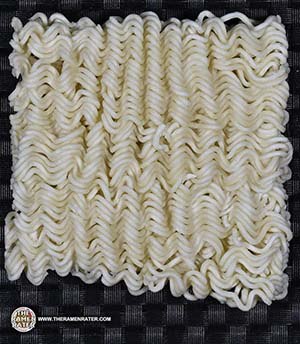 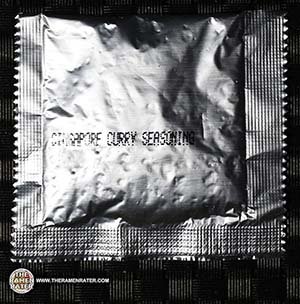 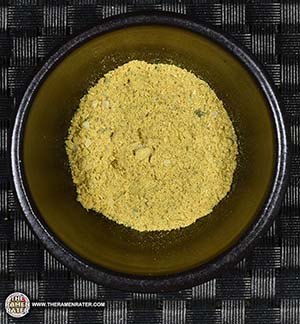 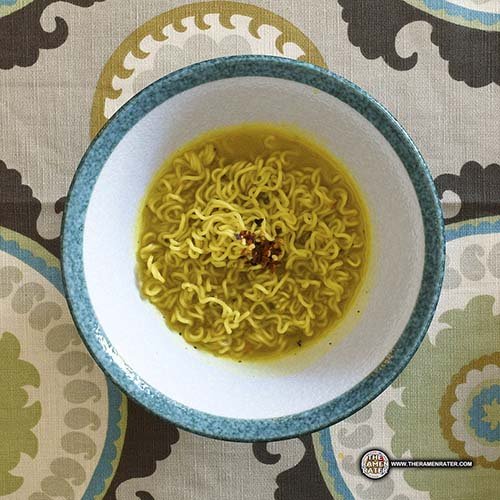 Finished (click to enlarge). Added a little chilli flake. I must say I like these noodles quite a bit. The have a slightly wider gauge and definitely chewier than many. Curious things they are. As for the flavor, the broth is not abundant and more of a kind of gravy. It’s not thick as gravy, but does have a bit of viscosity to it. I thought the taste was kind of like a curry meets masala with a dab of heat affair. 3.75 out of 5.0 stars. EAN bar code 8901595963409.