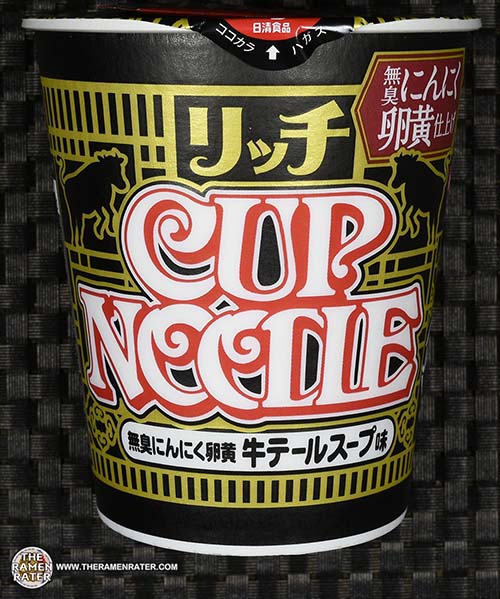 This was sent to me by Ippin, a purveyor of wonderful Japanese items! Thank you again! This is an ultra special one they came out with to commemorate the anniversary of  Cup Noodles – the Cup Noodle Rich line. 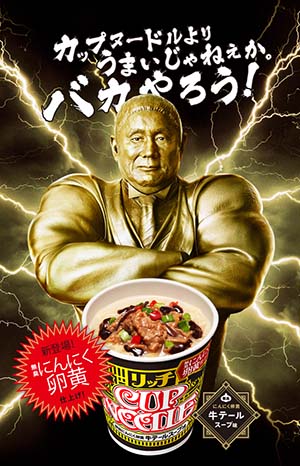 I guess this proclaims that it’ll make you feel like you’re eating a Cup Noodle made by Momofuku Ando on [email protected] The power! Let’s give it a try!

Detail of the side panels (click to enlarge). Contains beef and oxtail. To prepare, add boiling water to fill line and cover for 3 minutes. Add in liquid from sachet on top of cup. stir and enjoy! 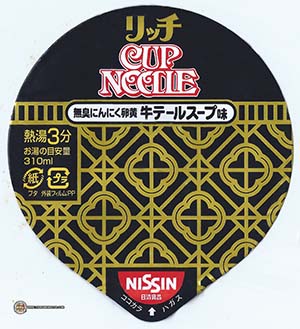 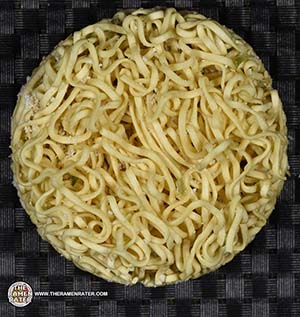 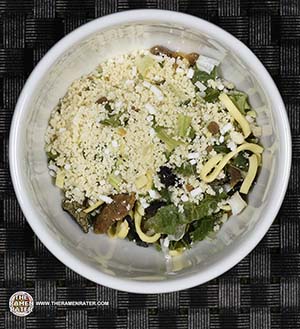 Loose bits and seasoning from the cup. 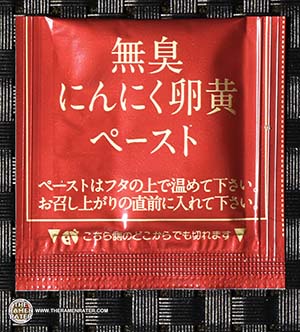 The liquid sachet from the lid. 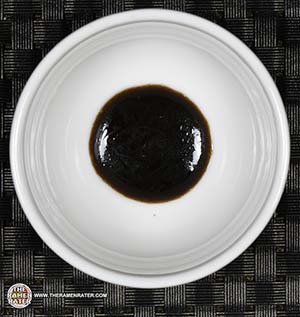 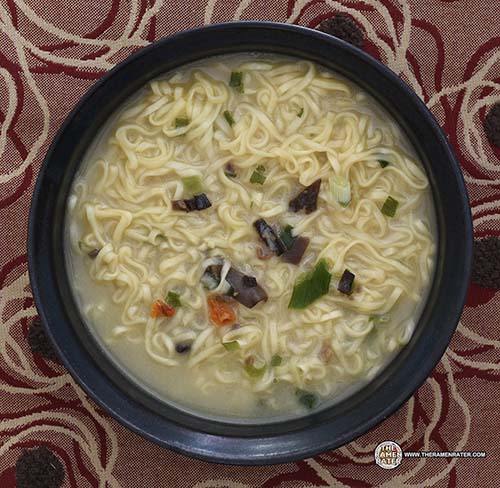 Finished (click to enlarge). The noodles hydrated well and were of the good standard quality of Japanese Cup Noodle – flat, soft, lots of noodles. The broth was a rich creamy one with a beef kind of taste to it. As for the garlic taste, I found it kind of absent and the egg yolk must have been part of the thickener for the broth. The garnish bits were nice – Jew’s ear mushroom, bell pepper and bits of meat were abundant. 3.5 out of 5.0 stars. JAN bar code 4902105236390.