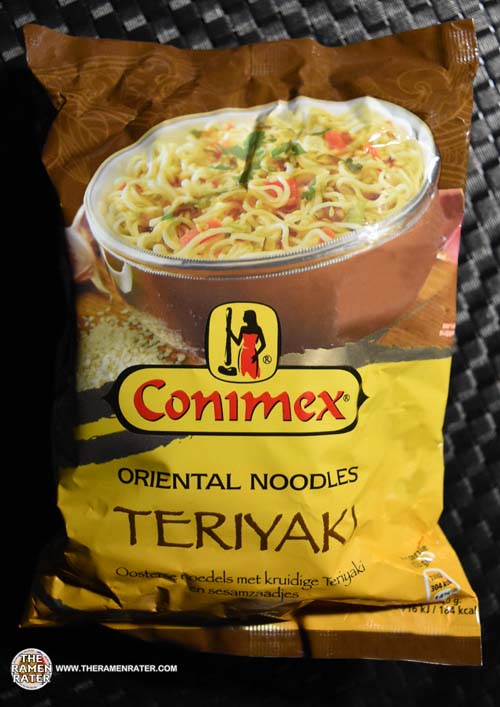 Another one sent by James B. from the Netherlands. Thanks! So these Conimex variants have been interesting. The last one I had was a green curry whose only similarity to green curry was, well, a green hue. Let’s see what kind of teriyaki we have here! 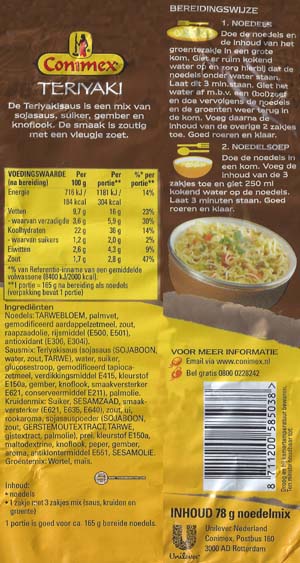 Here’s the back of the package (click to enlarge). Looks to be meat free but check for yourself. There are two ways to prepare this one and I thought I’d go with the noodles version instead of the soup with noodles since teriyaki soup doesn’t sound very good. Add noodles and veggies to a pot of water and cook. Drain. Mix in sachet contents. Enjoy! 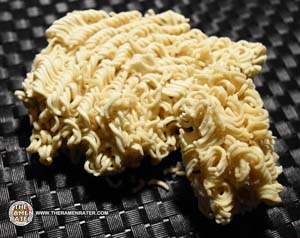 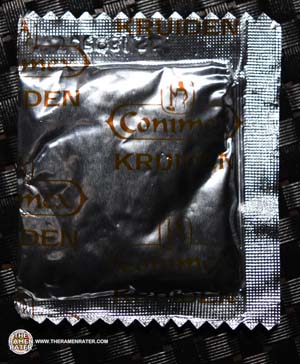 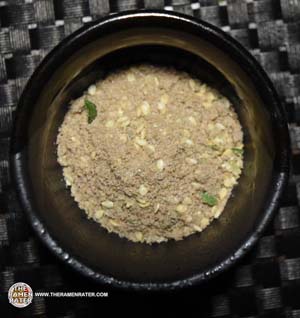 A tan powder with sesame seeds. 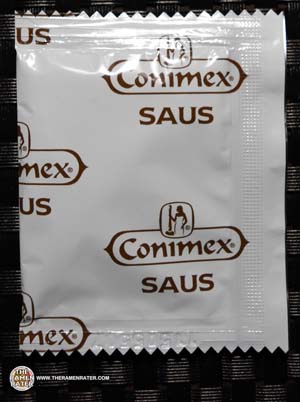 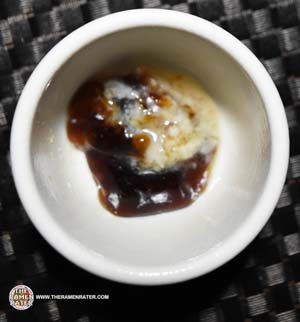 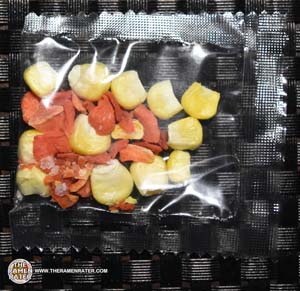 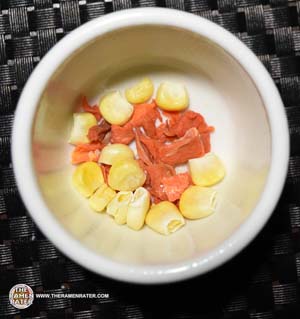 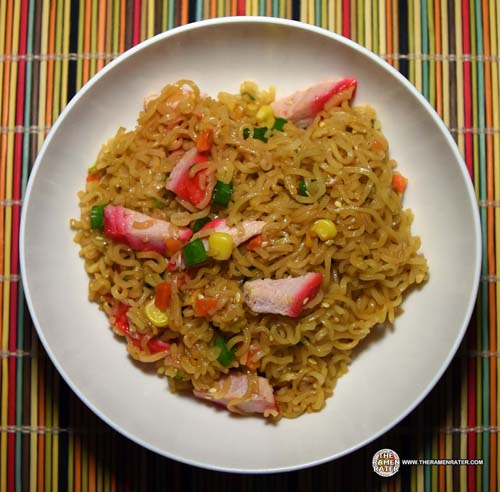 Finished (click to enlarge). Added barbecue pork and spring onion. The noodles were very soft – almost mushy. More like the ‘roni’ in Rice-a-Roni. The flavor was anything but teriyaki; a hint of sweetness and salty. The vegetables came out nicely at least. 0.5 out of 5.0 stars. EAN bar code 8711200585038>.