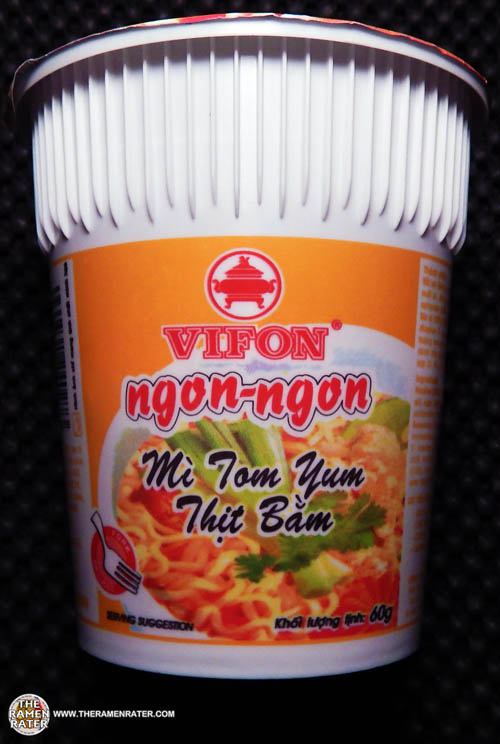 Here’s one with an interesting name. ‘Ngon-ngon?’ What could that mean? So I plugged ‘ngon-ngon’ into Google translate and it came up with ‘delicious’. I thought it interesting that only one ‘ngon’ came up with ‘tasty.’ I thought then, well hey – what about a trifecta of ‘ngon?’ Well, ‘ngon ngon ngon’ comes up with ‘delicious delicious.’ Anyways, it sounds like these Vifon minced pork tom yum noodles should be delicious. I hope they are! Let’s have a look. 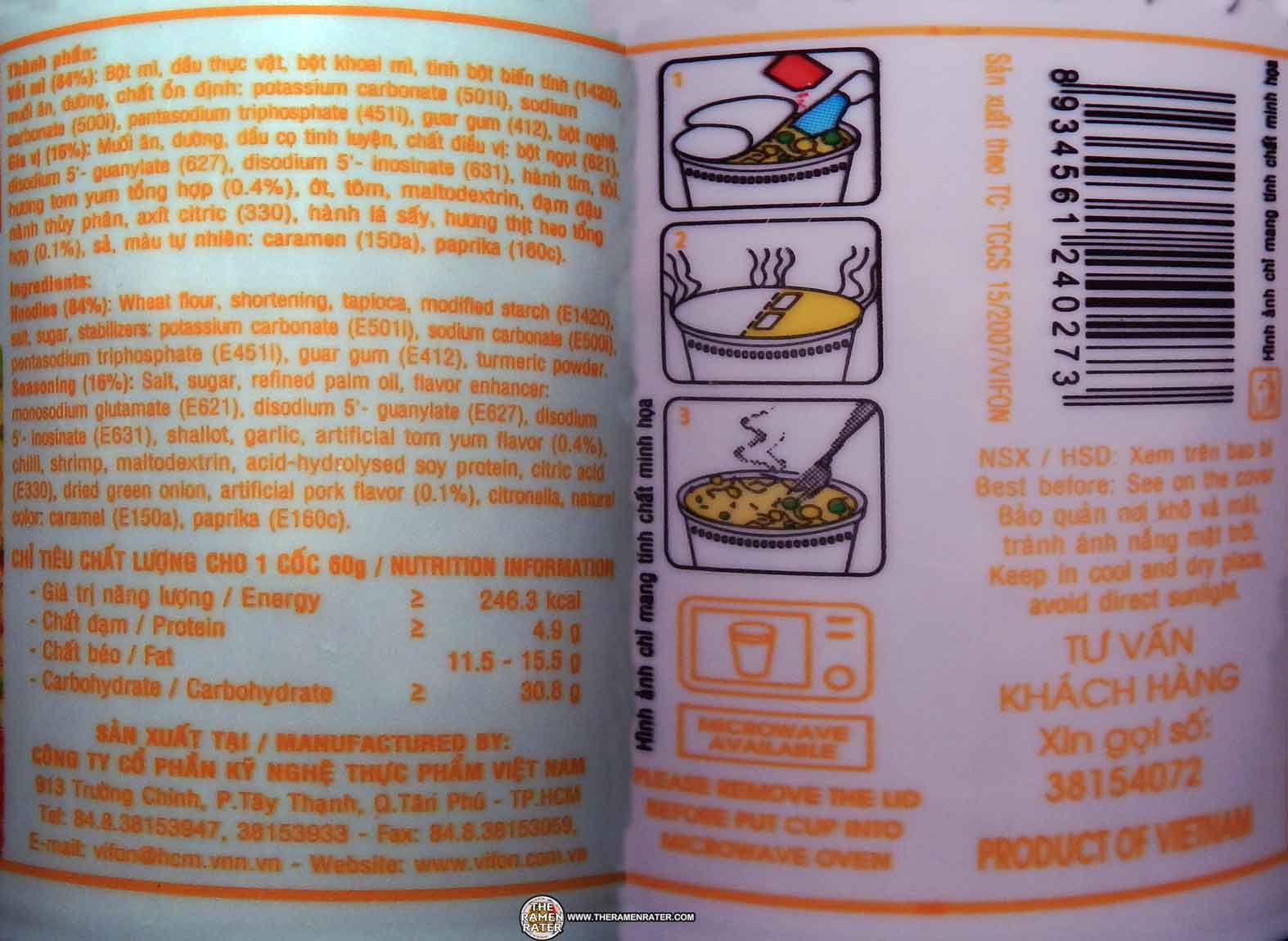 Here’s detail of the side panels (click image to enlarge). Looks to be meat free but check to make sure. To prepare, open container and take everything but the noodles out. Add sachet contents and boiling water to fill line. Re-cover and steep for 3 minutes. Stir and enjoy! 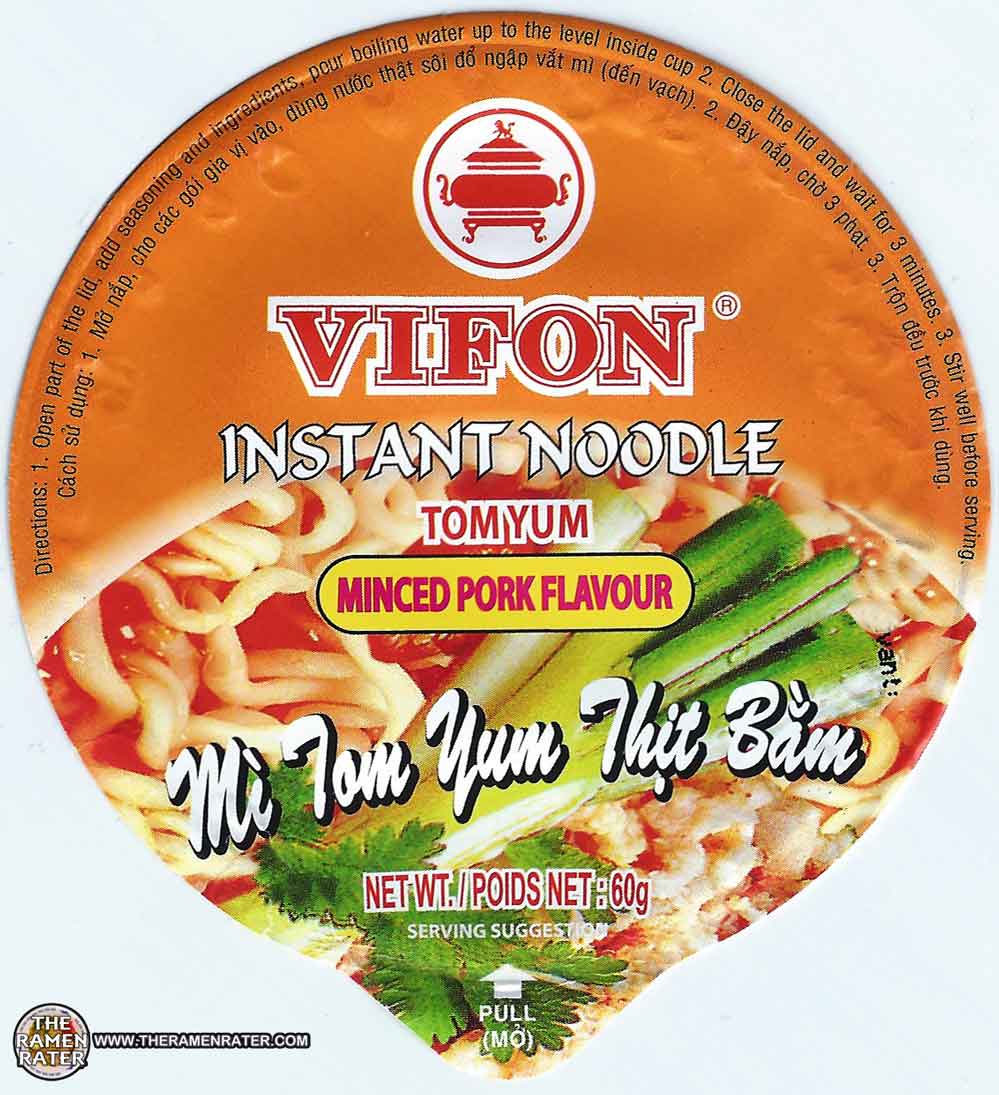 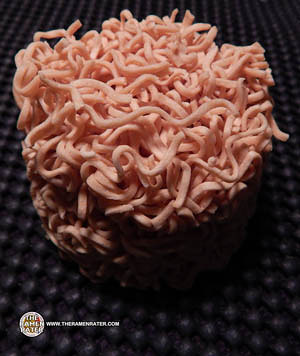 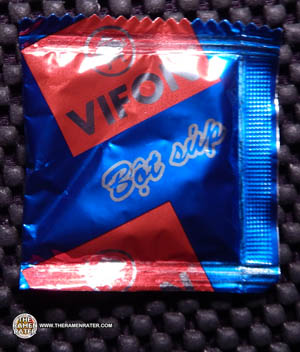 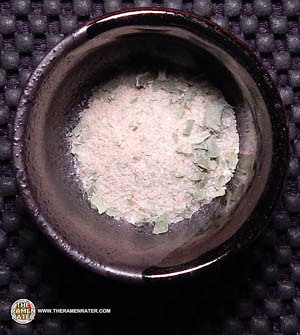 A granular mix with bits of herbs. 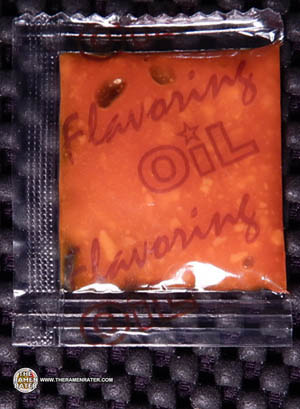 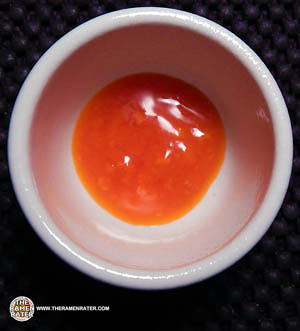 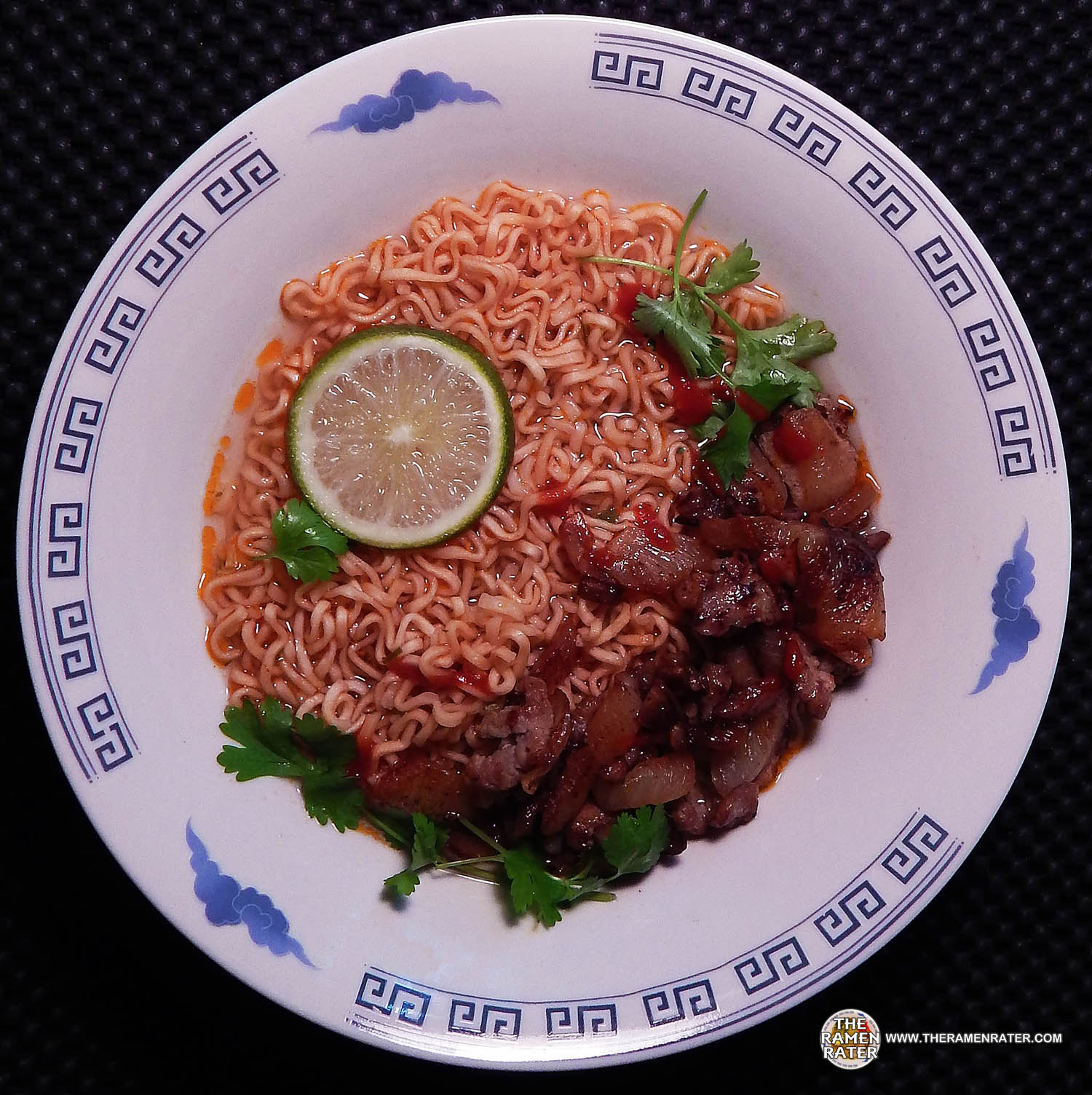 Finished (click image to enlarge). Added sauteed mince pork and sweet onion, lime, coriander from my wife”s patio garden and Texas Pete Sriracha Cha! chilli sauce. The noodles are a little crumbly and rather thin. The broth has a good tom yum flavor – nice heat and citrus along with a pork kind of flavor going on. 3.5 out of 5.0 stars.EAN code 8934561240273.