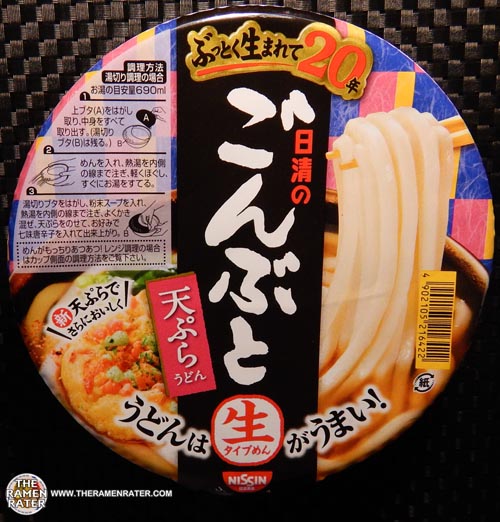 I thought today would be a nice day to deal with one I’ve been a little confused about. The instructions on this one have had me confused; drain it but it has soup? Hmmm… Well, a YouTube video I found helped with that and now it makes a lot of sense! In fact, it’s looking like a very easy one to prepare to be honest. Let’s have a look at this Nissin Gonbuto Tempura Udon and it’s unique preparation.

Detail from the side panel (click image to enlarge). 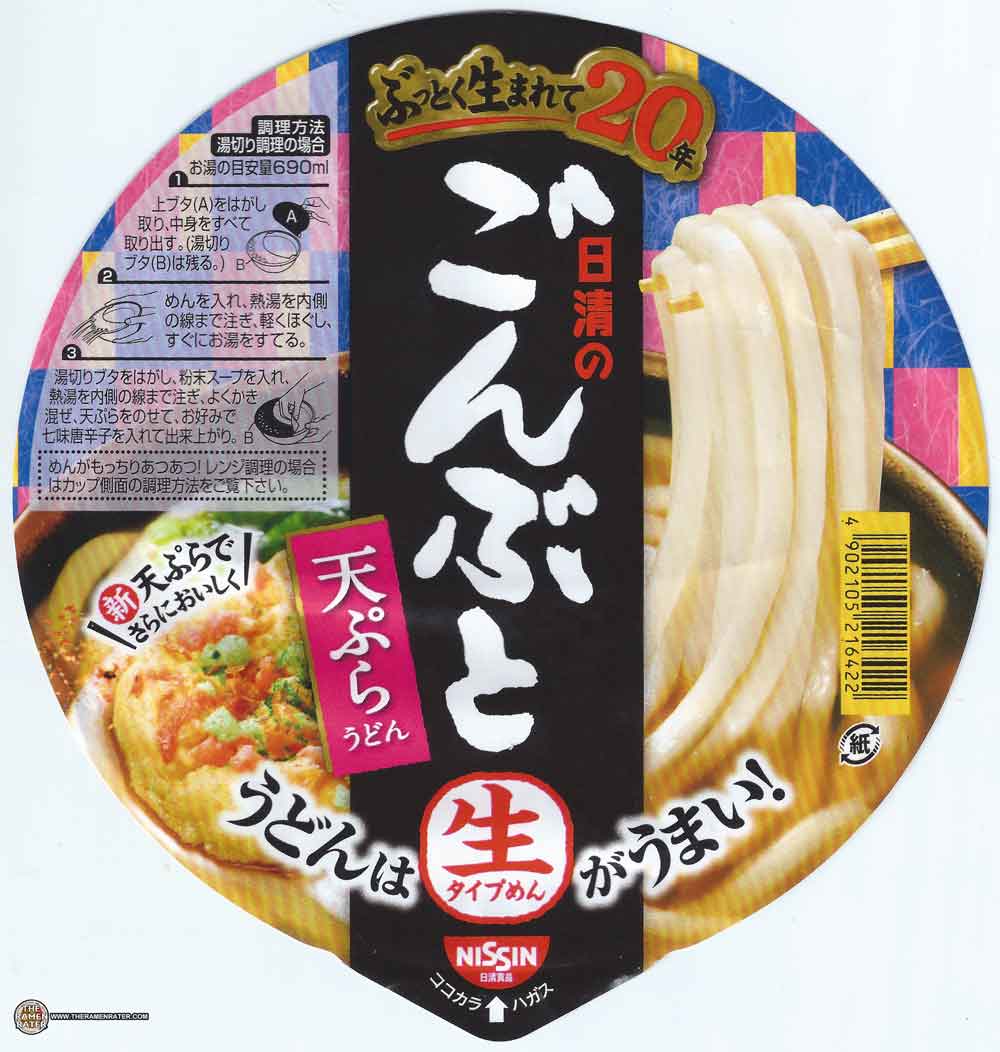 Detail of the lid (click image to enlarge). To prepare, boil 320ml water and set aside. Take udon pack and microwave at 500w for 30 seconds. Add soup base sachet to bowl and add in boiling water. Stir. Add in udon you microwaved. Add on tempura disk and sprinkle with garnish. Enjoy! 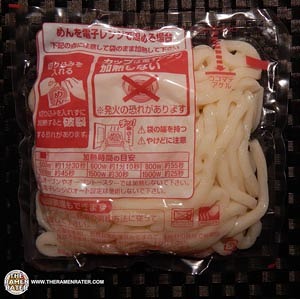 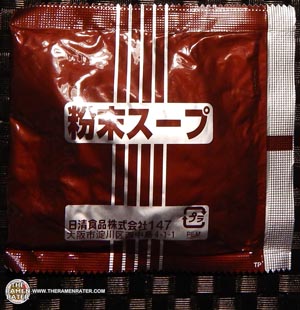 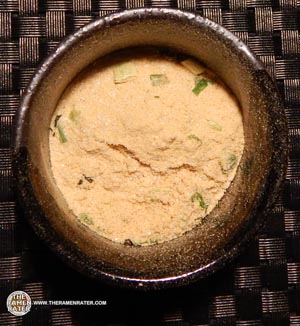 Has a fish scent. 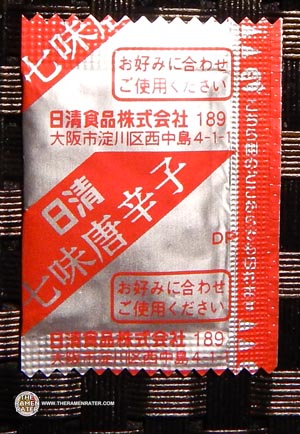 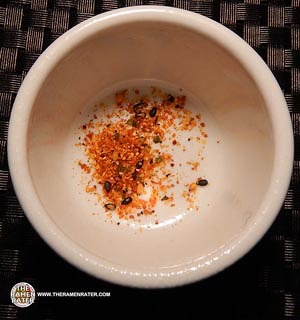 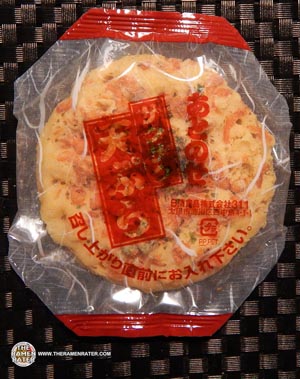 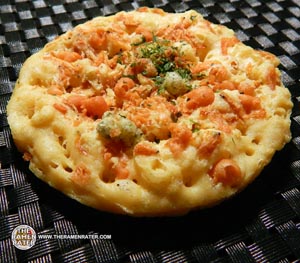 Haven’t had one of these in a while – I remember I like them crunchy! 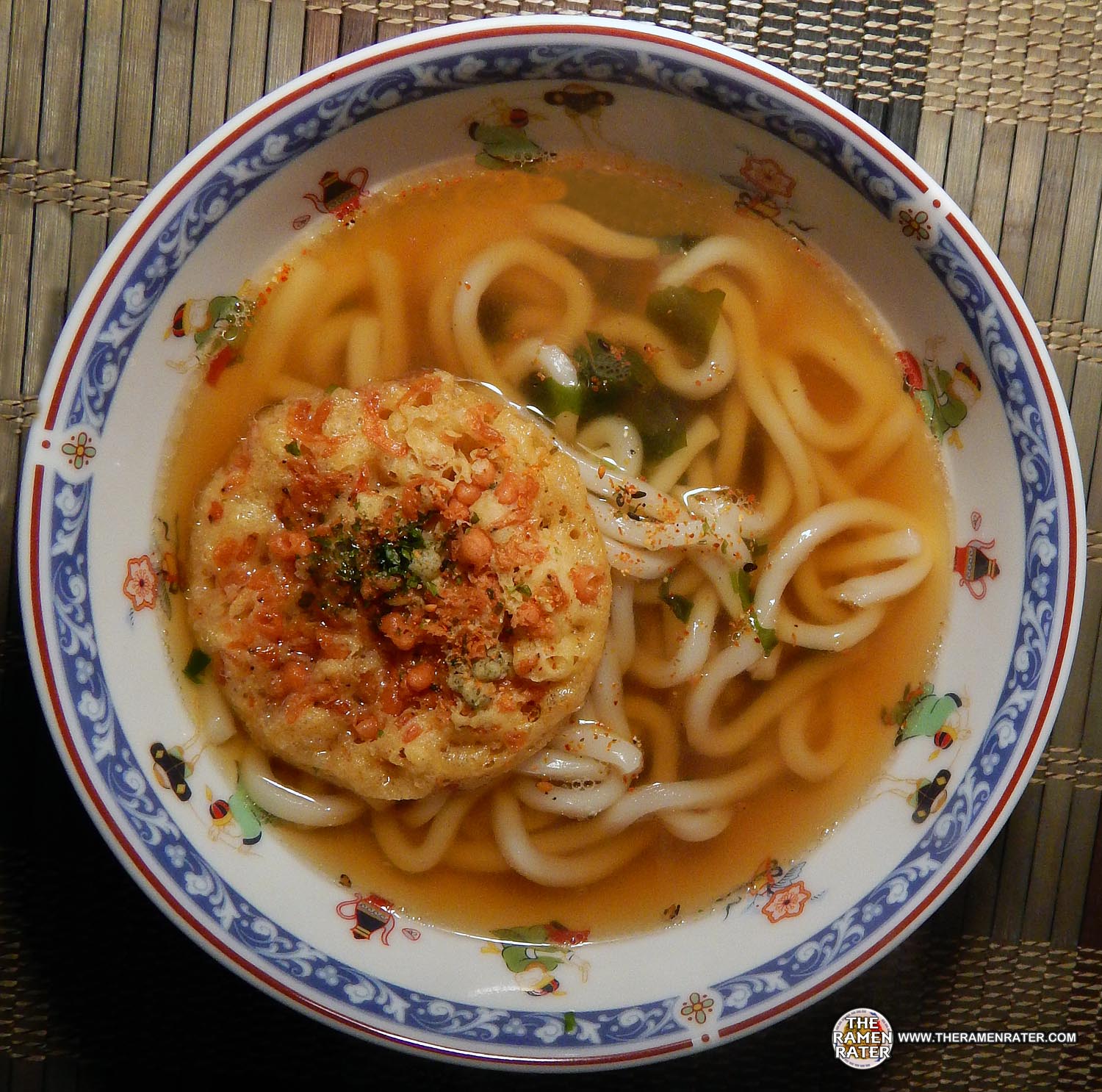 Finished (click image to enlarge). The noodles came out really well – nice and hot with a great texture – not rubbery or anything and soft. The broth has a sweet soy and fish taste to it which was about what I expected. The broth also had pieces of seaweed which were quite nice. The tempura has a nice crunch and when it soaked up the broth was good as well; added some heartiness to the bowl. The little sprinkles were alright. 4.0 out of 5.0 stars.JAN bar code 4902105216422.

Another popular tempura udon from Nissin Japan is this Hokkaido Gentei KITA no DONBEI Tempura Udon.