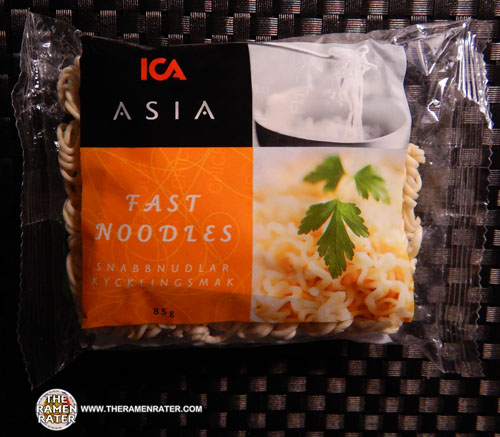 Here’s another one that was sent by a kind reader in Sweden – thanks! This is pretty exciting – my first Swedish instant noodle review. I wouldn’t have thought of a connection between Sweden and instant noodles really; until I realized something a while back. You’ll see lots of Taiwanese instant noodles that have Scandinavian words ending in -smak a lot – that’s flavor in Swedish. So, here we are with kycklingsmak, which means chicken flavor. Anyways, let’s see how the chicken instant noodles sold in Sweden are! 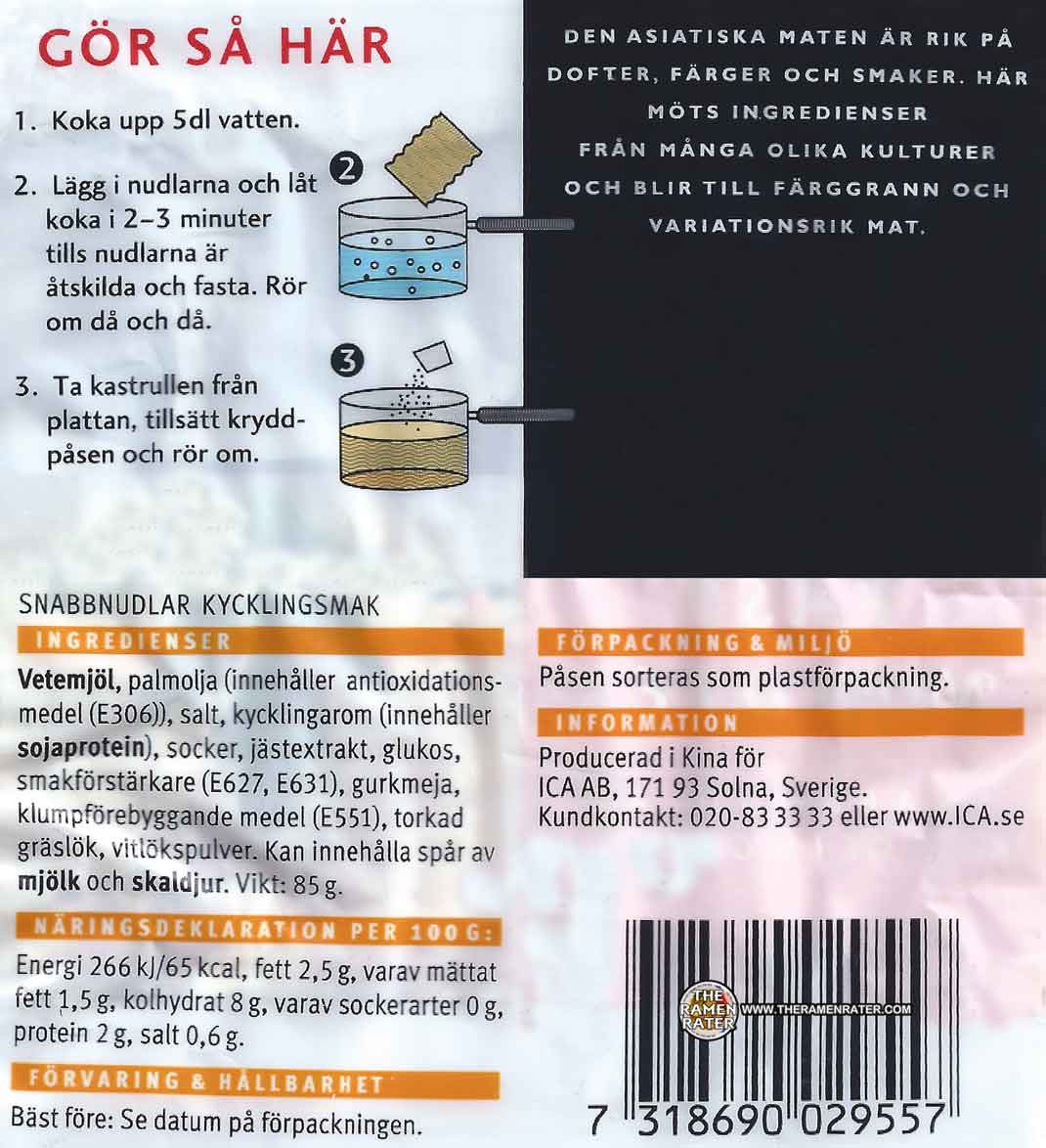 Here’s the back of the package (click image to enlarge). Looks to be meat free but check for yourself. To prepare, add noodle block to 500ml boiling water and cook 2-3 minutes. Add in sachet contents, stir and enjoy! 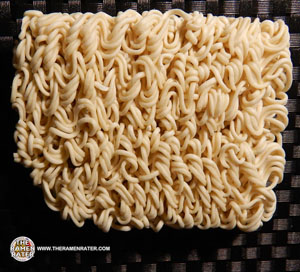 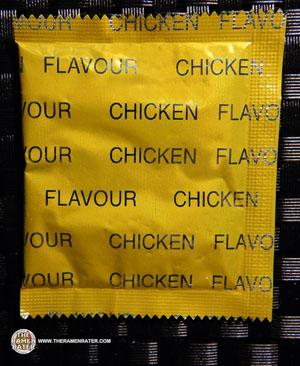 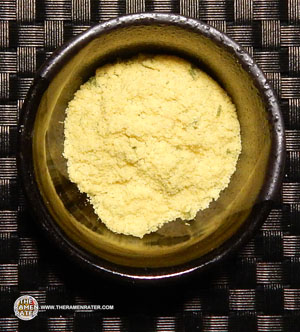 Has a strong chicken scent. 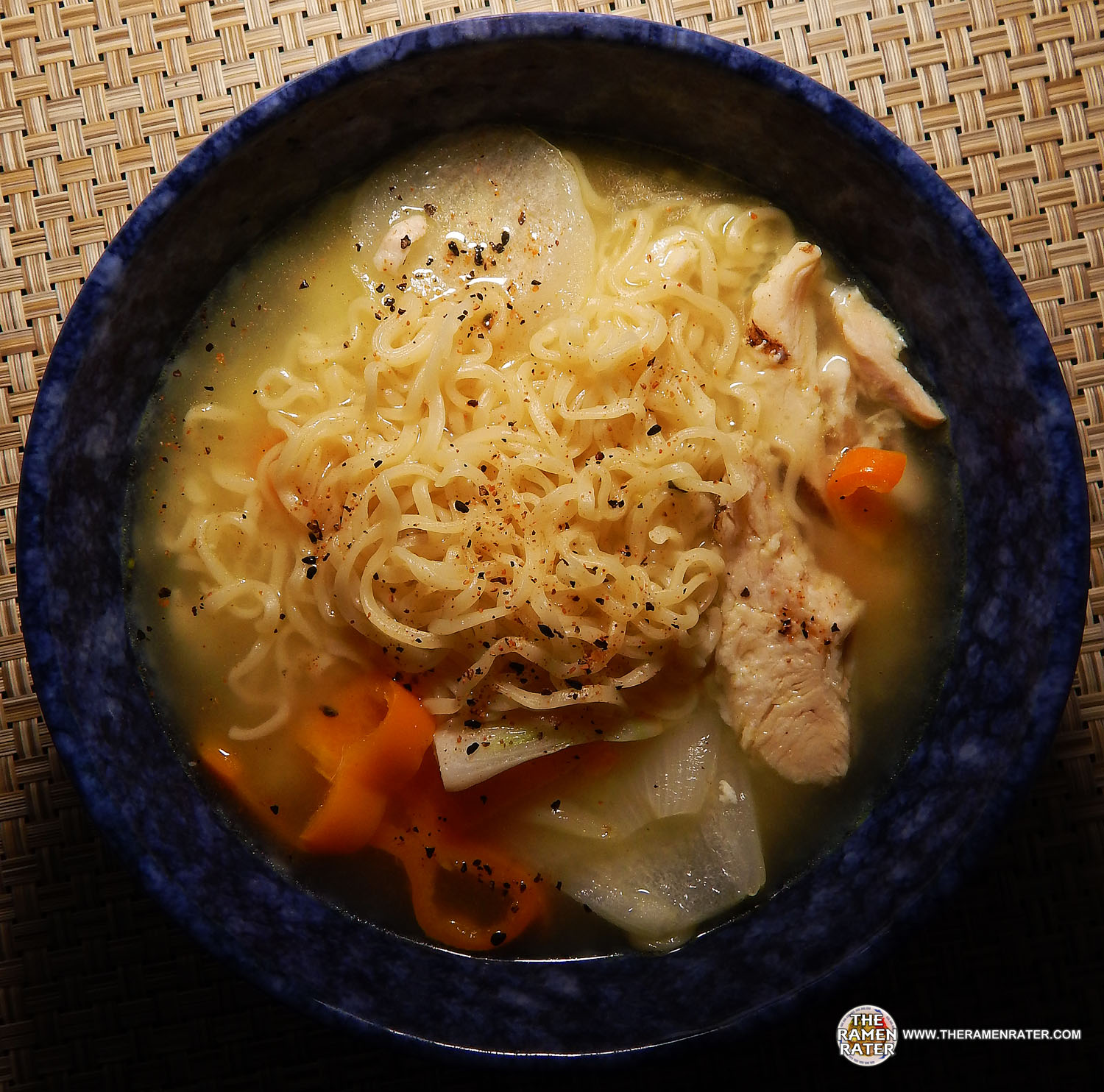 Finished (click image to enlarge). Added grilled chicken, bell pepper and sweet onion with a couple sprinkles of Jane’s Krazy Mixed Up Pepper. The noodles a kind of rubbery feel to be honest; although there is a lot of them. The broth has a surprisingly good chicken taste – like a lightly salted chicken broth and really quite nice. 3.25 out of 5.0 stars. EAN 7318690029557.

This recipe book looks like it’ll take you on a tour of the cuisine of Sweden!

This a great spoof commercial ICA did recently. Then again, I’ve never been to Sweden. European countries do seem to be ahead of the curve in a lot of ways… Nah, I’m sure they don’t bolt digital mind control glasses to your head!did recently