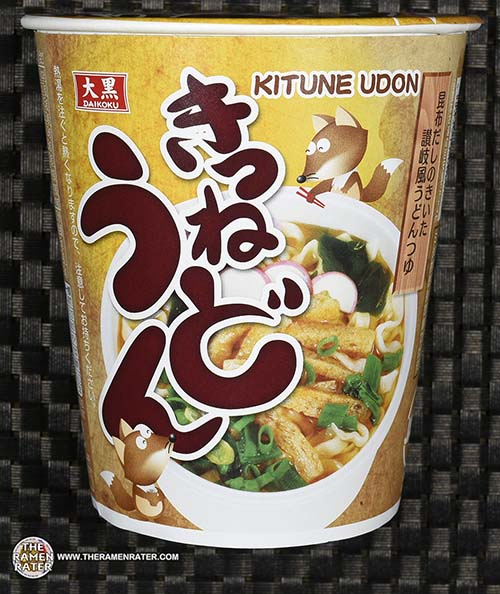 Animal noodles! Animal noodles? Yup – animal noodles. That’s at least what I used to call these – there are two of them very popular in Japan – kitsune uson and tanuki soba. Kitsune refers to a fox and has fried tofu with it. Tanuki soba usually has either a round disc of tempura or little bits of it. Here’s a little more info from Wikipedia –

Udon (饂飩?, usually written as うどん) is a type of thick wheat flour noodle of Japanese cuisine. Udon is often served hot as a noodle soup in its simplest form, as kake udon, in a mildly flavoured broth called kakejiru, which is made of dashi, soy sauce, and mirin. It is usually topped with thinly chopped scallions. Other common toppings include tempura, often prawn or kakiage (a type of mixed tempura fritter), or aburaage, a type of deep-fried tofu pockets seasoned with sugar, mirin, and soy sauce. A thin slice of kamaboko, a halfmoon-shape fish cake, is often a garnish.

Let’s have a look at this foxy noodle.

Detail of the side panels (click to enlarge). Contains fish. To prepare, add boiling water to fill line and cover for 3 minutes. Stir and enjoy! 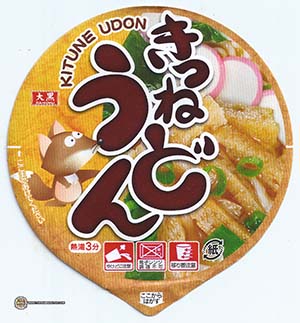 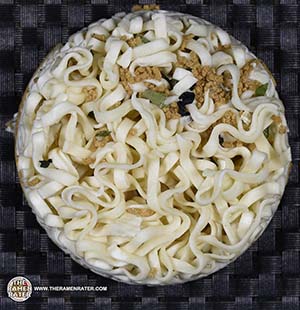 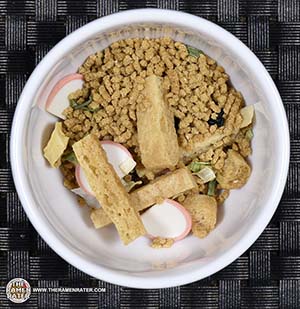 Loose bits from inside the cup. Note the little granules. 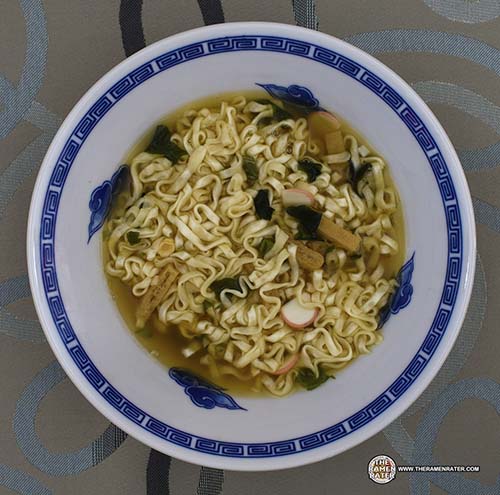 Finished (click to enlarge). The noodles were a bit wider, but not by much. This way of presenting udon always confused me a little, but hey whatever works. While the noodles were decent, the broth was a salty and rough go. The broth had a very strong fish taste to it which is fine, but the saltiness level was extreme. The kamaboko is everywhere which I really like as are the seaweed and strips of tofu. 1.5 out of 5.0 stars. JAN bar code 4904511006062.

A trip to 7-Eleven in Japan!