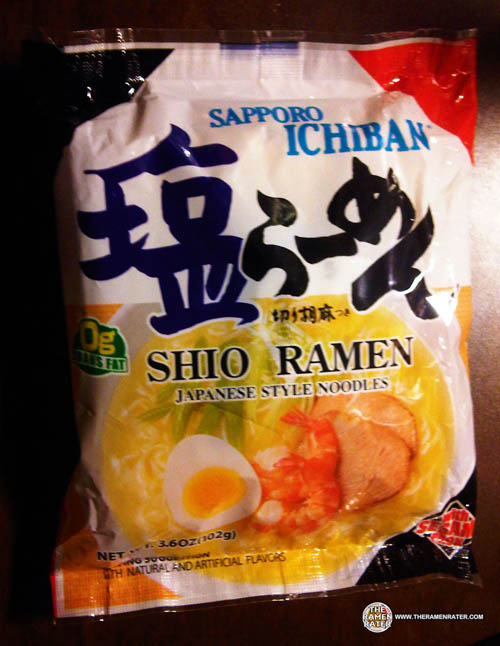 Soon as I saw this, I was really excited. I really like Shio (salt) ramen. I don’t know what it is, but it works! What’s more is this stuff is made in California. I found it at H Mart in Lynnwood, Washington. Let’s dig in! 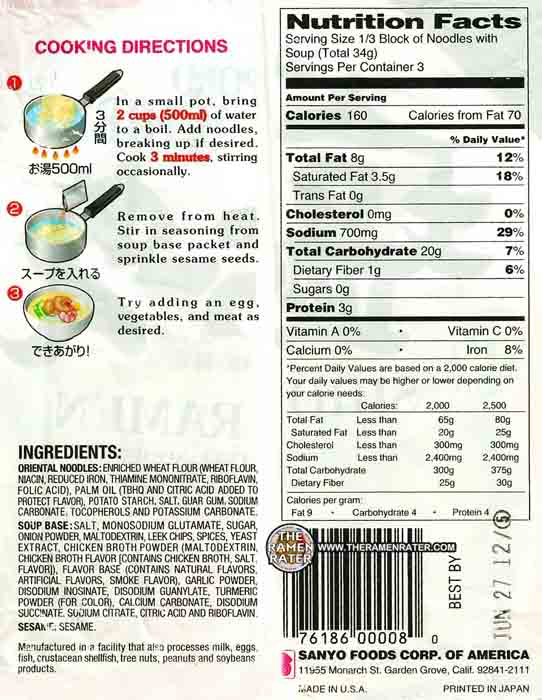 Click image to enlarge. Right off the bat, you’ll notice that this is three servings. Weird but that’s the deal. I couldn’t imagine having a lunch with two other people consisting of a third of a pack of instant noodles. 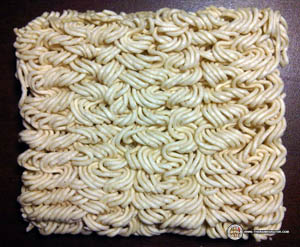 I was a little surprised at how heavy this block of noodles was; I mean it wasn’t two pounds or anything, but it was very heavy as far as instant noodles go. 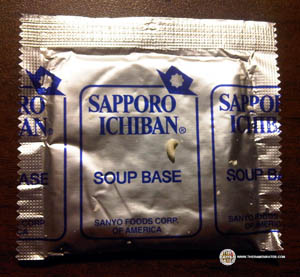 A single pack of seasoning. 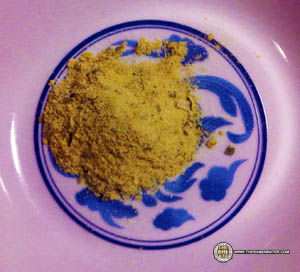 Here’s the seasoning ready for some noodles and water.

I decided to go all out on this one. I got some green onions, boiled some egg, and baked a small chicken breast with some Lindberg-Snider Porterhouse and Roast seasoning – which really rocks on chicken! 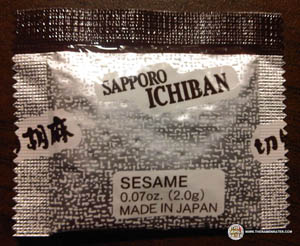 What’s this? Yup – a packet of sesame seeds to dress it up even more! 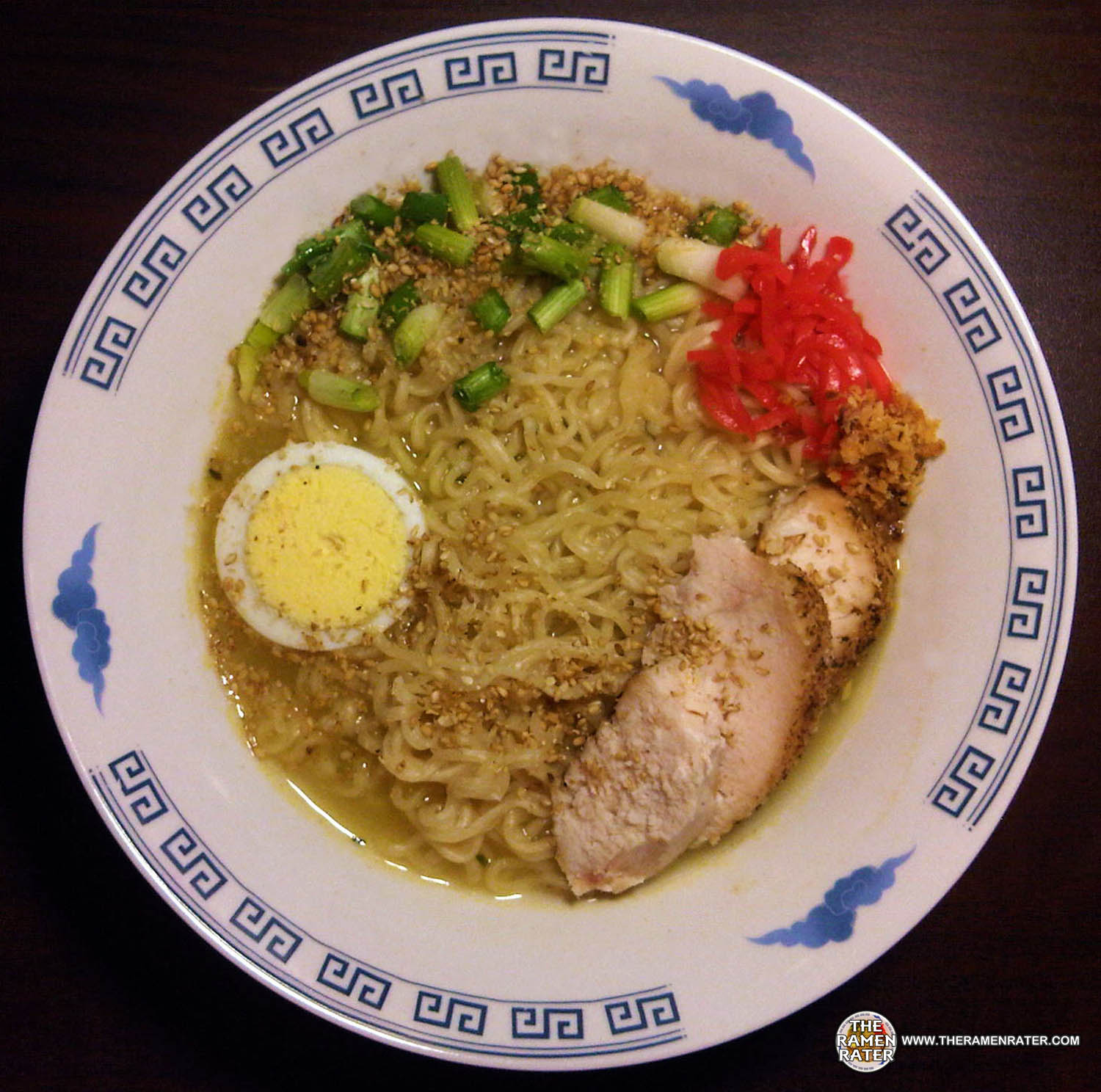 Click image to enlarge. I also added a little Kizami Shoga (pickled ginger) and a sprinkle of fried shallot. Wham – this was awesome stuff! The noodles are very nice – good instant ramen noodles. The broth is exceptional – one could almost describe it as a chicken flavor, but that’s not exactly right. It’s almost a buttery and perfectly salted taste. I love this stuff. 5.0 out of 5.0 stars – it’s going into the Top Ten soon as I do a revision. UPC barcode – 076186000080 – get it here.