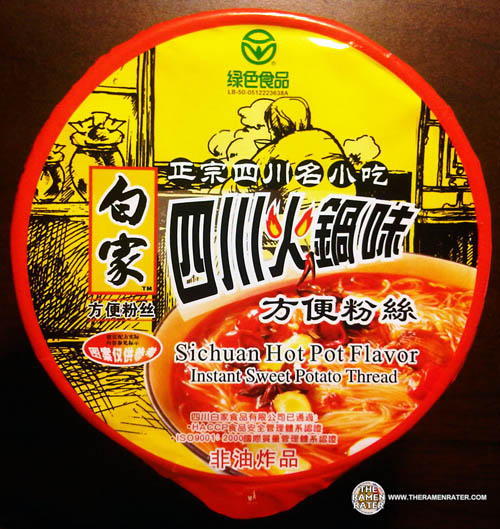 This one was sent by Michelle L. of New York! Unfortunately, for this one I have exceedingly low expectations. Every Baijia product I’ve tried has been just plain gross in my opinion. 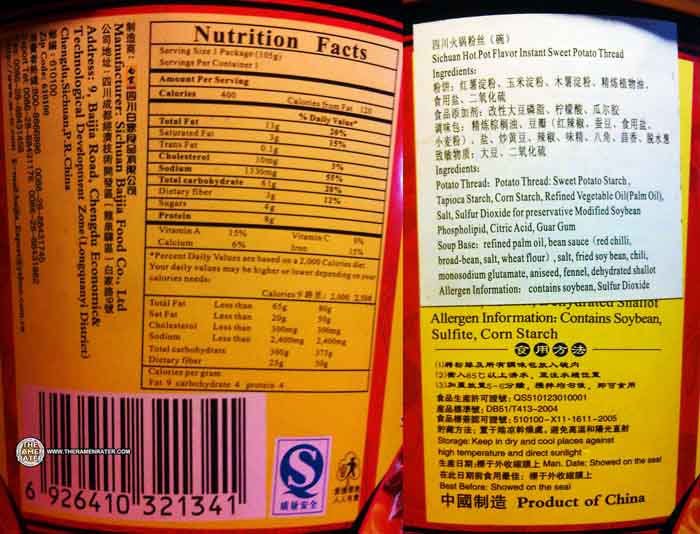 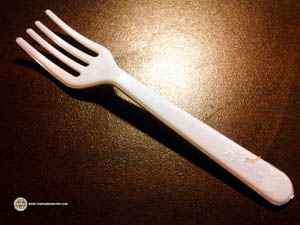 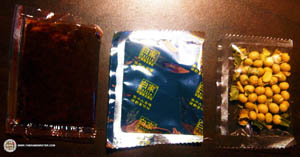 Thick liquid seasoning starting on left, powder seasoning in the middle and finally beans on the right. 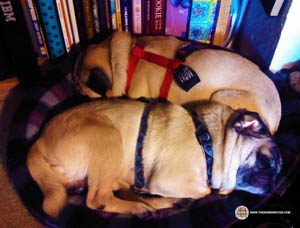 Otis Pug and Daisy Pug are out cold… 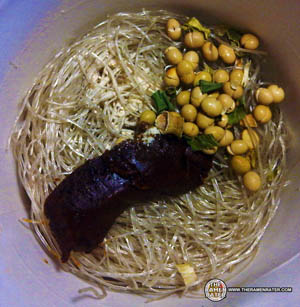 So they cannot be held responsible for that vile looking thing. 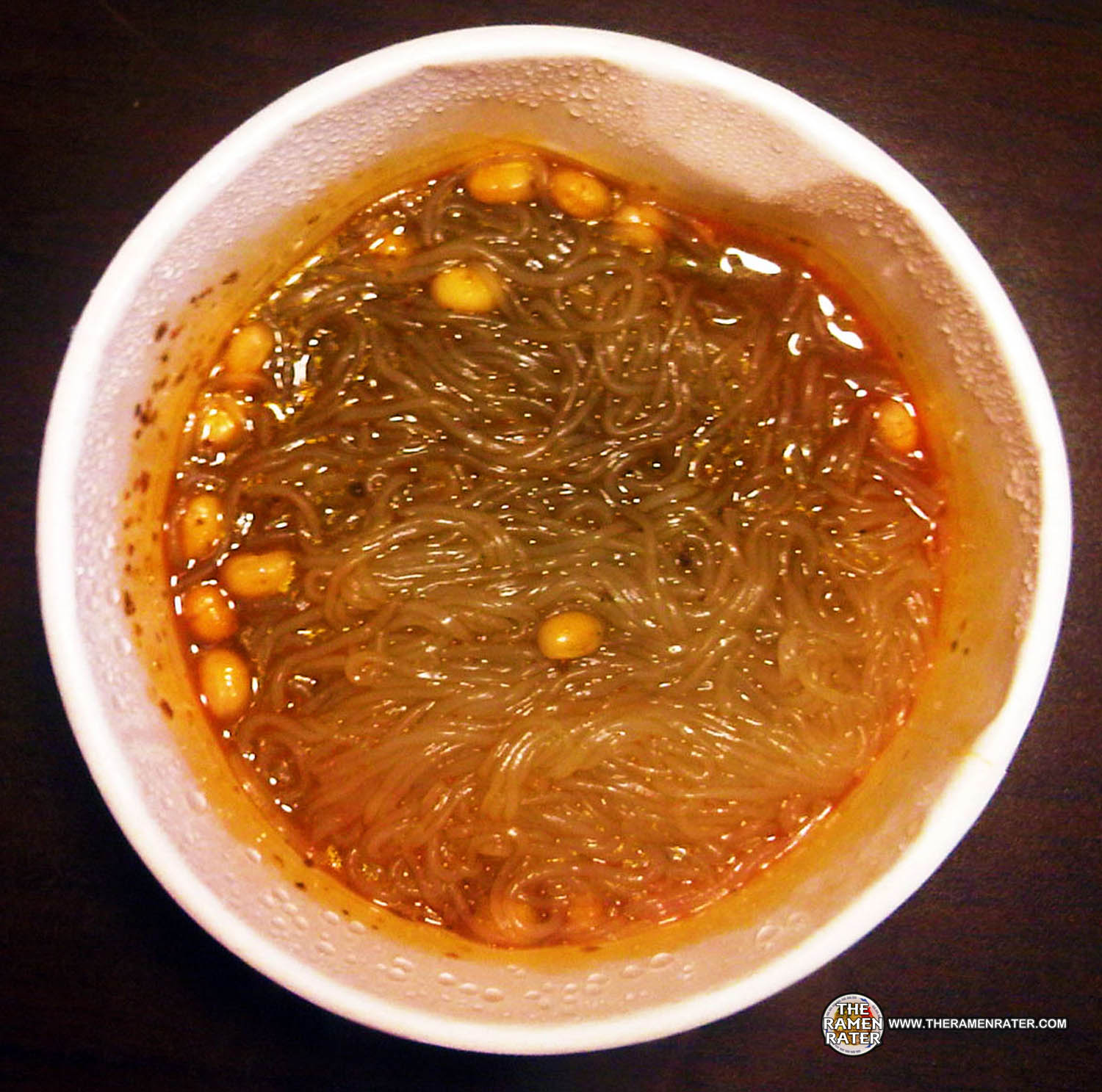 Finished (click image to enlarge). While this was pretty horrible, it wasn’t as horrible as I expected. First, the noodles were not too bad themselves; they weren’t as clumpy as usual. The broth was all but gone and the bean things were as funky and odd as always. The problem as with all of the Baijia products I’ve tried thus far was the flavor. First, it’s spicy – nothing wrong with that, but it’s like a ridiculously strong black pepper kind of spicy. Also, it’s very salty  too. All in all, I felt a little funky after eating a couple of bites – I deem this non-palatable. 0.5 out of 5.0 stars. UPC barcode 6926410321341 – get the pack version here.

Yeah that’s a lot of saice!